Clinton has a commanding lead in the delegate race: 1711, including super-delegates who are un-elected by voters, compared to 951 for Sanders. 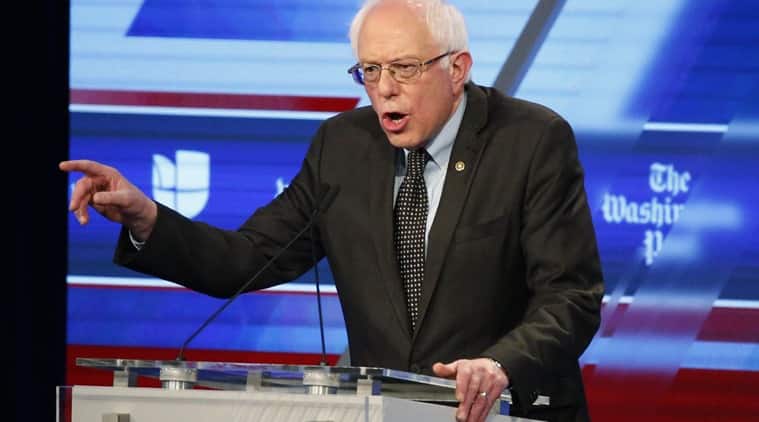 US states Alaska, Hawaii and Washington take their turn voting on Saturday in the Democratic presidential nominating contest, with Hillary Clinton unlikely to deliver a knockout blow against resilient rival Bernie Sanders.

The trio of western caucuses marks a chance for Vermont Senator Sanders, a self-described democratic socialist, to chisel away at Clinton’s formidable lead in the delegate count.

Sanders gave a rousing rendition of his standard stump speech late Friday in Seattle, Washington, just hours ahead of the caucus there, inveighing against police brutality, a too-low minimum wage, and soaring student debt and other ills.

“Real change historically always takes place from the bottom on up when millions of people come together,” Sanders said to applause and cheers from the crowd in Seattle’s Safeco baseball stadium.

“We need a political revolution!”

But even if the insurgent candidate makes a clean sweep of today’s votes, he still has a steep climb to get within striking distance of Clinton.

She has a commanding lead in the delegate race with 1711, including super-delegates who are un-elected by voters, compared to 952 for Sanders, according to a CNN count.

To win the Democratic nomination, 2,383 delegates are needed.

On the campaign trail, the former secretary of state has already shifted her focus toward November’s general election.

Clinton delivered a somber counter-terrorism speech Wednesday in the aftermath of deadly attacks in Brussels, using it as an opportunity to launch vigorous assaults on Republican candidates Donald Trump and Ted Cruz and warn that their “reckless” foreign policies would harm US interests.

“We need to rely on what actually works,” she said, “not bluster that alienates our partners and doesn’t make us any safer.”

Clinton has a commanding lead in the delegate race: 1711, including super-delegates who are un-elected by voters, compared to 951 for Sanders, according to a CNN count.

But Sanders has refused to throw in the towel, repeatedly stressing that his grassroots campaign is heading all the way to the nominating convention in Philadelphia in July.