UN chief hails progress in Sri Lanka after one year 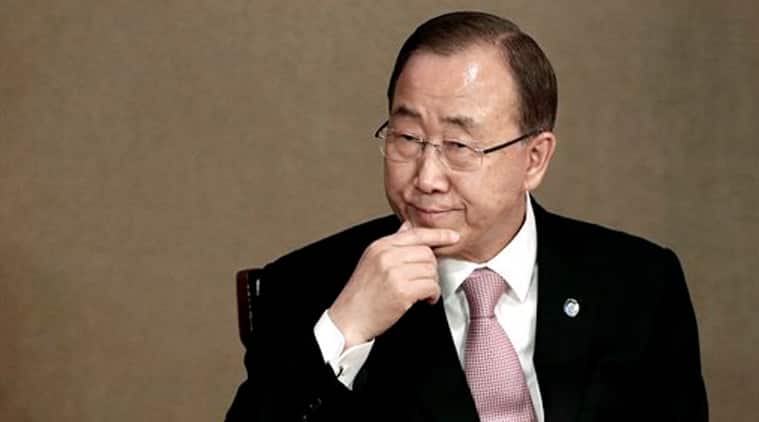 The Secretary-General congratulated President Maithripala Sirisena and the people of Sri Lanka on the first year of the country’s political transition and said he is encouraged by the government’s commitment to a broad reform agenda that aims to realise durable peace, stability and prosperity for the Sri Lankan people.

“The Secretary-General acknowledges the initial steps the Government has taken to strengthen good governance, advance reconciliation and implement the resolution of the Human Rights Council of October 2015.

“He urges continued progress in these areas and emphasises the need for inclusive consultation processes to address issues of transitional justice,” said a statement issued on Thursday by Ban’s spokesman on the occasion of the first anniversary of the island nation’s political transition.

In the October resolution, the UN’s human rights body had unanimously recommended a credible probe involving foreign judges and prosecutors into the alleged war crimes in Sri Lanka in the brutal war against the LTTE.

The resolution had called for establishment of a Sri Lankan Judicial Mechanism with a Special Counsel to investigate allegations of violations and abuses of human rights and violations of international humanitarian law during the final phase of the nearly three decade-long brutal ethnic conflict that ended in military defeat of the LTTE in 2009.

Ban said he supports the government’s efforts to advance a nation-wide dialogue to achieve a long-term political settlement acceptable to all and welcomed the government’s announcement to commence constitutional reform.

He called on all stakeholders to cooperate in a spirit of inclusion and good faith.

“The Secretary-General remains committed to supporting Sri Lanka’s reform initiatives to secure long-term peace, prosperity and respect for human rights, including through financial support from the Peacebuilding Fund and technical assistance,” the statement said adding that he commends Sri Lanka’s leadership in working to transform the 2030 Sustainable Development Agenda and its Sustainable Development Goals into reality on the ground.

‘Tiger corridor’ only after report on feline presence: Goa Minister