Yesterday, scores of the monuments - of which only about 2,200 remain - were damaged in a powerful 6.8 magnitude earthquake. 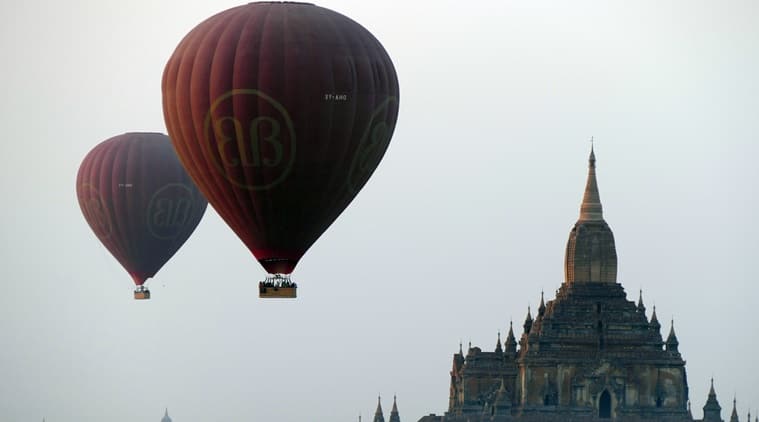 It was a time of conquest and conversions. Above all, it was a time of construction, on a scale never seen before. Over 250 years, from the 11th century onwards, the rulers of Bagan built more than 10,000 magnificent religious monuments.

The stupas, temples and monasteries became the defining emblems of Bagan, the capital of the Pagan (pronounced PUH’-gahn) empire that ruled Myanmar from roughly 1044 to 1287. Yesterday, scores of the monuments – of which only about 2,200 remain – were damaged in a powerful 6.8 magnitude earthquake. Yet much of what fell was modern material, sanctioned by Myanmar’s former army rulers who had put top priority on restoring the temples with little regard for the original architectural styles.

King Anawratha, who unified the country formerly known as Burma, and his successors built the temples in a frenzy, believing they would gain spiritual merit. Still, piety didn’t stop them from making war or killing to gain power. One king, Narathu, slew his father, elder brother, and one of his wives. He also killed the architect of the magnificent Dhammayangi temple so he couldn’t repeat the feat, and chopped off the hands of sloppy workmen.

As more and more monuments rose in the dusty plains of central Myanmar, Bagan became the political, economic and cultural center of the empire, promoting religious as well as secular studies, including philosophy, astrology, medicine, law and Pali, the language of Buddhist scriptures. The city became an educational destination for monks from as far away as India, Sri Lanka and Cambodia.

But Bagan declined as rapidly as it rose. It was abandoned around 1287 for reasons not entirely clear, and the city – once home to up to 200,000 people – was reduced to the status of a small town. Some historical accounts cite Mongol invasions but others dispute that, saying the Mongol armies may not have reached the city.

But the dead city left a legacy that future generations are benefiting from. Bagan covers more than 80 square kilometres of a flat plain. It is the country’s biggest tourist attraction, and along with Cambodia’s Angkor Wat and Indonesia’s Borobudur temple, the temples of Bagan are considered one of Southeast Asia’s major historical landmarks.

Yet unlike those Southeast Asian archaeological cousins, Bagan is not listed as a World Heritage Site by UNESCO due to a tangled modern tale of neglect followed by a fervid if misguided effort at renovation in the 1990s, partly to restore damage from a 1975 earthquake.