When asked about India’s position, Vikas Swarup, spokesperson for the Ministry of External Affairs, said, “India is fully compliant with its international legal obligations.” 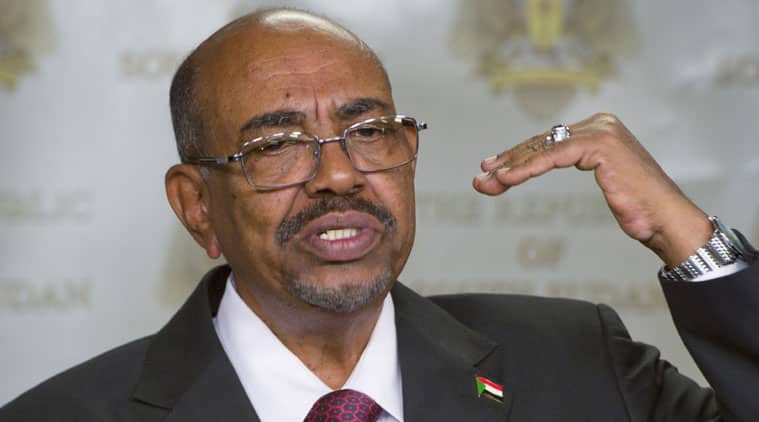 Despite India conveying its stand against arresting controversial Sudan President Omar al-Bashir, Amnesty International has reiterated its demand that the Indian government arrest the leader, accused by the International Criminal Court of genocide, crimes against humanity and war crimes committed during the conflict in Darfur, Sudan.

The Sudanese President will be visiting New Delhi on 28 October to attend the India-Africa Summit beginning Monday.

“As a country which aspires to a more prominent global position, India must not turn a blind eye to these charges. The Indian government must show true leadership by helping bring Omar al-Bashir to trial,” Aakar Patel, Executive Director of Amnesty International India, said, in a statement released by the organisation.

However, government sources had told The Indian Express that it was under no obligation to arrest al-Bashir as it’s not party to the Rome Statute that created the ICC, an independent international court. Two arrest warrants had also been issued against him in 2009 and 2010.

Though the ICC has not officially written to India asking it to arrest al-Bashir, the international court expects India to contribute towards the goal of accountability for the “world’s worst crimes”.

When asked about India’s position, Vikas Swarup, spokesperson for the Ministry of External Affairs, said, “India is fully compliant with its international legal obligations.”

Amnesty International, however, claims that while India has a responsibility to ensure that all persons suspected of crimes under international law are prosecuted, even if the government is not a signatory to the Rome Satute.

“The UN Security Council, in its resolution 1593 (2005) referring the situation in Darfur to the ICC, urged ‘all States and concerned regional and other international organizations to cooperate fully’ in the ICC investigation,” the statement said.