Hundreds of LGBT and supporters rally in Kathmandu

The marchers, who supported the rights of sexual minorities, carried banners saying, "We should not be deprived of our rights. We demand implementation of the rights guaranteed by the new constitution." 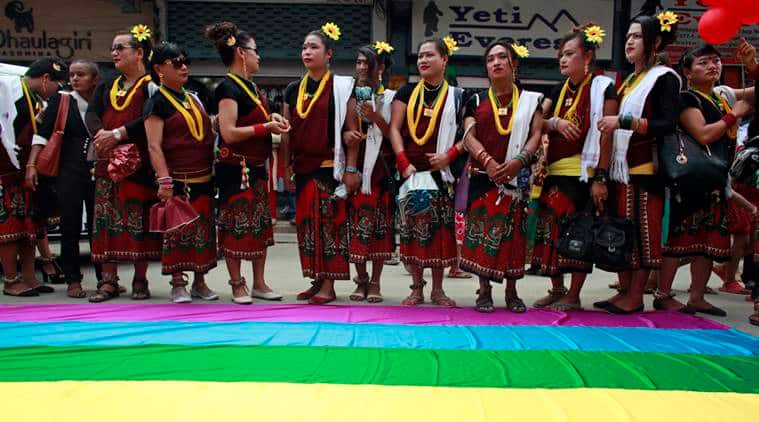 Participants get ready for a Gay Pride rally in Kathmandu, Nepal. Hundreds of lesbians, gays, bisexuals and transvestites paraded through Nepal’s capital to demand that rights for sexual minorities be included in the country’s new constitution. (Source: AP)

About a thousand members of sexual minorities and their supporters paraded in Nepal’s capital on Friday, to demand equality and implementation of their rights under the country’s new constitution.

Participants in the colorful parade in downtown Kathmandu said they still don’t have equal rights despite a constitutional ban on discrimination on the basis of sexuality.

The charter was adopted last year but has not been fully implemented by the government because of opposition from several other minority groups.

The marchers carried banners saying, “We should not be deprived of our rights. We demand implementation of the rights guaranteed by the new constitution.”

Among the supporters in the march was US Ambassador to Nepal Alaina B Teplitz.

The parade has been held annually for the past few years on Gaijatra, a Hindu festival to remember the dead, when people are traditionally allowed to cross dress.