Donald Trump defended his statement saying, "For those on TV defending my use of the word "schlonged," bc #MSM is giving it false meaning-tell them it means beaten badly. Dishonest #MSM." 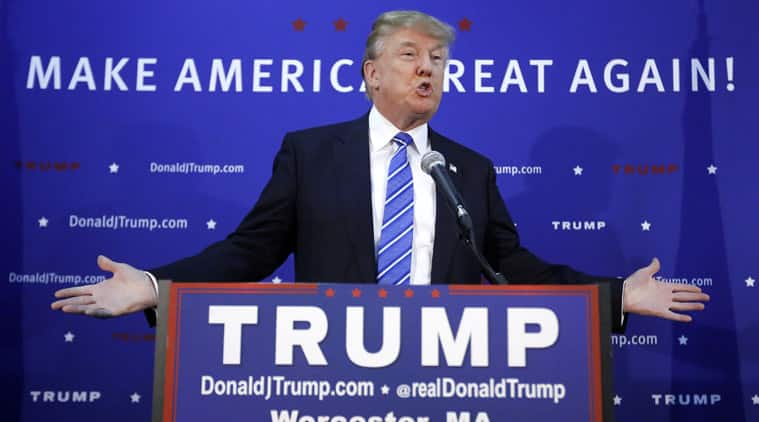 After his yet another sexist jibe against Hillary Clinton, Republican presidential candidate and billionaire Donald Trump was quick to defend his statement saying ‘schlonged’ meant beaten badly. This isn’t the first time Trump has taken pot shots at the Democratic front-runner.

“Schlong” is a Yiddish slang term for a man’s genitals.

His comments came a day after he called Clinton a liar for saying his proposal to ban entry of all foreign Muslims to the United States aided Islamic State’s propaganda efforts.

To assuage critics, Trump tweeted: “For those on TV defending my use of the word “schlonged,” bc #MSM is giving it false meaning-tell them it means beaten badly. Dishonest #MSM.”

When I said that Hillary Clinton got schlonged by Obama, it meant got beaten badly. The media knows this. Often used word in politics!

Once again, #MSM is dishonest. “Schlonged” is not vulgar. When I said Hillary got “schlonged” that meant beaten badly.

For those on TV defending my use of the word “schlonged,” bc #MSM is giving it false meaning-tell them it means beaten badly. Dishonest #MSM

NPR’s @NealConan said “schlonged” to WaPo re: 1984 Mondale/Ferraro campaign: “That ticket went on to get schlonged at the polls.” #Hypocrisy — Donald J. Trump (@realDonaldTrump) December 23, 2015

Trump also made a reference to Clinton returning to the stage late after a bathroom break during a Democratic debate on Saturday night.

“I thought she gave up,” Trump said. “Where did she go? Where did Hillary go? They had to start the debate without her. Phase II. I know where she went. It’s disgusting. I don’t want to talk about it,” Trump said.

Clinton, answering a question about bullying at an event in Iowa, did not name Trump but said she was used to people saying “terrible things” about her.

“It’s important to stand up to bullies wherever they are, and why we shouldn’t let anybody bully his way into the presidency because that is not who we are as Americans,” Clinton said, according to video that aired on MSNBC on Tuesday.

(with inputs from Reuters)

Shenzhen landslide: Man found alive after being buried for more than 60 hours