Compared with predecessors, the new design has a lower radar signature, which makes it harder to detect it at sea, and a streamlined design that helps speed up the loading of amphibious vehicles. 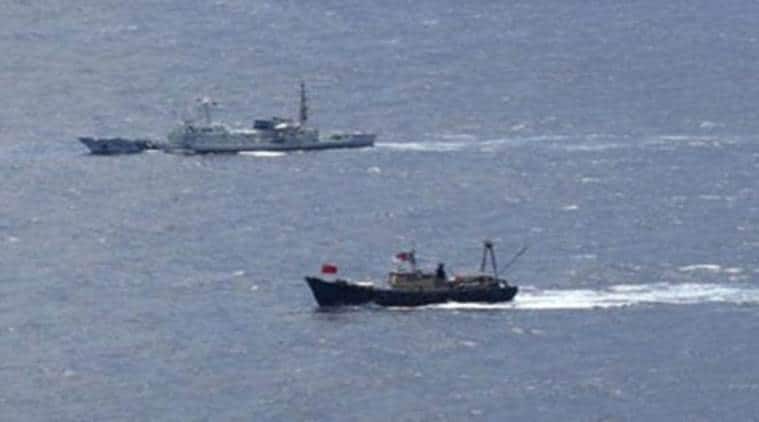 Displaying a sense of urgency, Chinese navy has commissioned three new stealth landing ships on a single day for the first time amid escalating tensions with the US in the disputed South China Sea.

They were delivered to the East Sea Fleet at an unidentified naval port on Monday.

Compared with predecessors, the new design has a lower radar signature, which makes it harder to detect it at sea, and a streamlined design that helps speed up the loading of amphibious vehicles.

The ships are armed with close-in weapons systems capable of hitting mid- and short-range targets, and include a flight pad that can accommodate a helicopter, state-run China Daily reported.

The ships will strengthen the Navy’s capabilities in joint landing operations and transportation, the statement said.

According to IHS Jane’s Navy International, the new-type vessel is able to transport 10 armoured vehicles and 250 fully armed troops, which means that three ships can ferry roughly an entire amphibious assault battalion.

This is the first-time the PLAN has commisioned three ships in a single day, the report said.

At least 100 new ships and submarines have joined the Navy since 2012, including an aircraft carrier, three Type-052D guided missile destroyers that have cutting-edge air defence abilities, 13 Type-054A large multi-role frigates and four Type-903A supply ships as China braced for a showdown with the US in the South China Sea to assert its sovereignty in the area.

Vietnam, Malaysia, Brunei, Taiwan and the Philippines contest China’s claims of sovereignty on all most all of the South China Sea.

In February, the Chinese Navy commissioned the CNS Xiangtan, a Type-054A frigate, the CNS Tongren, a Type-056A corvette and the CNS Yimengshan, a Type-071 amphibious transport dock.

However, much of the Navy’s new equipment is still not as good as that of their counterparts in the United States Navy and Japan Maritime Self-Defense Force, the report quoted a PLA officer as saying.

“There are a great number of things that we need to catch up on – for instance, the technological level of ships and submarines as well as our crew’s skills and experience,” he said.