Why does liberal Tunisia still struggle with extremists?

Tunisia is held up as a model of the Arab Spring's success yet it is still a major source of violent radicals. Some in Europe may be marginalized but at home its youth are frustrated by the promises of democracy. 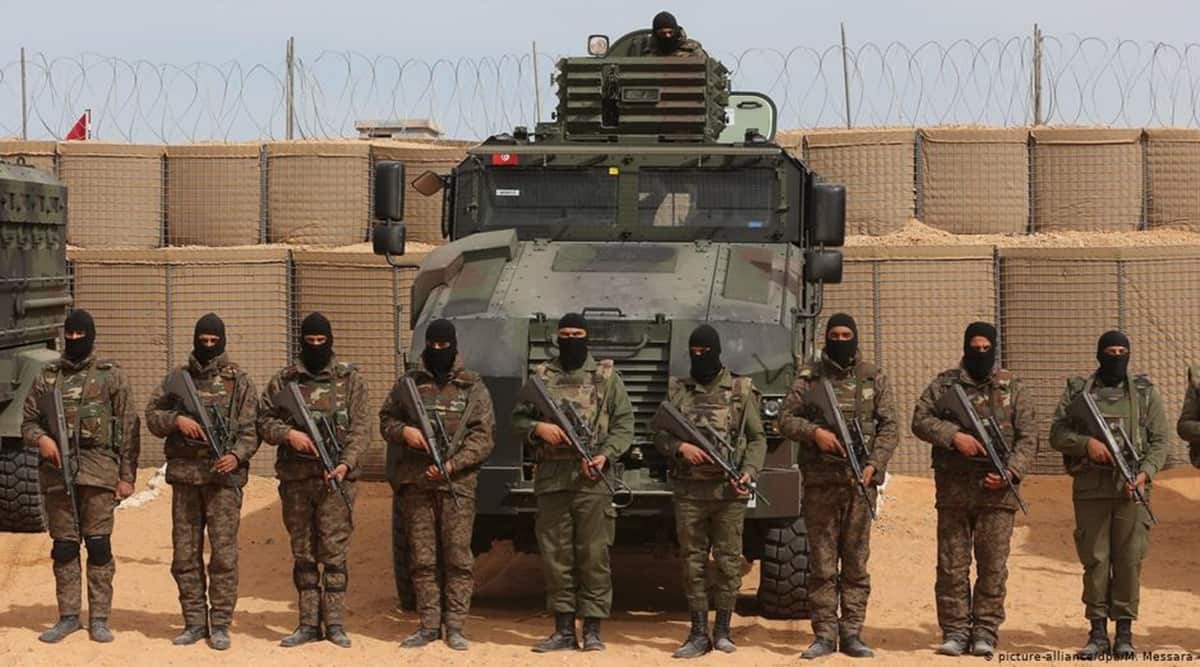 Middle East analysts have found it has been a disproportionate source of recruits for Islamic State and jihadists involved in assaults from Berlin to Brussels, as well as multiple high-profile attacks against political opponents and tourists in Tunisia itself. (M Messara/DPA)

Though details are still emerging, French media have reported that the attacker who killed three people in Nice on Thursday recently arrived in Europe from Tunisia. That fact will stick in the mind of many in the city, where a truck attack by another Tunisian in 2016 claimed 86 lives.

For a country that is held up as a model democracy in the region, Tunisia is still struggling against radicalism, despite its success in sticking to democratic reform in the wake of the 2011 “Arab Spring.”

Middle East analysts have found it has been a disproportionate source of recruits for Islamic State and jihadists involved in assaults from Berlin to Brussels, as well as multiple high-profile attacks against political opponents and tourists in Tunisia itself.

Why does liberal Tunisia still appear to have such a problem?

The apparent Islamist motive of the Nice attack appears to be fuelled by heightened rhetoric across the world over cartoons mocking the Muslim prophet, the beheading of a French teacher and subsequent reprisal attacks.

While voices in Tunisia condoning the beheading initially remained confined to one prominent hardliner, a call to boycott a Francophone conference in Tunis gained broader popular support.

Some Tunisians are turning to violence in reaction to acts they see as offensive to Muslims, according to Abdellatif Al-Hanashi, a professor of Contemporary History at the University of Tunis. For those in Europe, there is also a sense of marginalization prompted by policies they see as provoking Islamophobia, he said.

But those tensions also obscure Tunisian domestic political currents. A stabbing of two police officers in Sousse in September, following controversy over a new government and a struggle between President Kais Saied and the Islamist party Ennahda, suggests the problem lies just as much at home.

Poor economic conditions are a main driver but historic repression has also left its legacy in Tunisian political culture, according to Omar Safi, a researcher focusing on Tunisian security and politics at the UK’s University of Portsmouth.

“That we have this prevalent element of radicalization is probably due to the fact that Tunisia has not developed the capacity to freely express its ideas,” Safi said. “The types of government that Tunisia has historically experimented with have deprived the population of the chance to freely develop, and above all practice, its political consciousness.”

Safi points to continued political killings and threats against politicians since the 2011 revolution as evidence Tunisians are not free to express their opinions.

Deep economic inequality and corruption are part of this, and a source of disaffection among the country’s youth.

The coronavirus pandemic has only worsened that pain for a tourism-reliant economy. The sector has seen a 60% drop in revenue on last year and while the first wave saw 165,000 job losses in a country of 11 million, the country is now bracing for a second one.

With a youth unemployment rate that is now likely more than double the national 16%, many place little trust in the political process to provide them with opportunities.

“Some of these organizations offer them a much more interesting alternative,” Safi said. “It’s a fight for narrative. We face an enemy where we need to tell a more convincing story than theirs. But for the government, providing a credible alternative in this difficult situation is a challenge.”

In the meantime, the government’s security forces have made significant improvements in challenging violent radical groups in the country.

Five years after militant Islamists killed more than 60 tourists in two mass shootings at a Tunisian resort and museum, police in the North African state have grown far better at disrupting plots and responding quickly when attacks take place, according to diplomats quoted by Reuters.

Last year, authorities said they had cornered an off-shoot of Al Qaeda along the mountainous border with Algeria and prosecuted a significantly higher number of alleged terrorists than in previous years.

Security partnerships with the US, Europeans and regional allies such as Algeria have seen some success in helping Tunisia managing its border with Libya where arms trafficking and the increasingly internationalized civil war next door threatens stability at home.

But, although at a low-ebb, that conflict still raises “a very real risk of destabilizing the entire region,” and Tunisian police still need Western and regional help in containing violent Islamist threats, Safi said.

While Europe could indeed help further on the security side, support for development to create jobs will lead “radical change in the region,” Al-Hanashi said.