Chesapeake Police confirm an active shooter incident with fatalities at the Walmart on Sam's Circle. 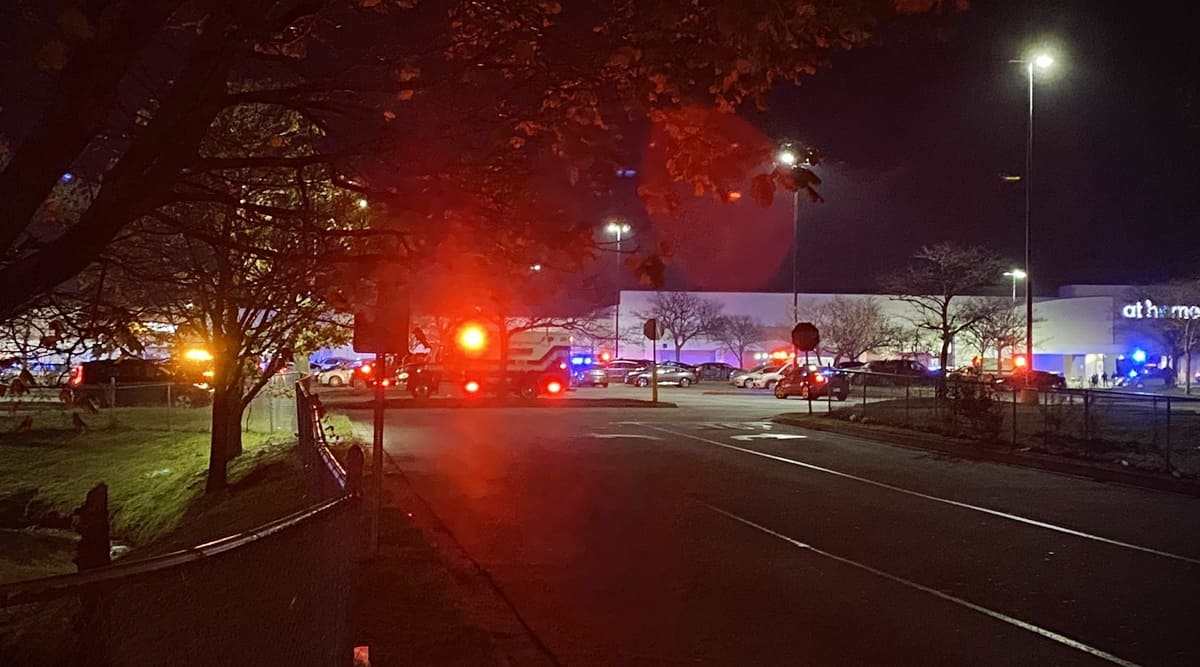 A shooting at a Walmart in Chesapeake, Virginia resulted in multiple fatalities. (Twitter/@SarahHammondTV)

Seven people were killed and several injured in a shooting at a Walmart in Chesapeake, Virginia late on Tuesday, and the shooter is dead, reported local media quoting the city’s police department

The city of Chesapeake confirmed the deaths in a tweet early on Wednesday, citing the city police. In an initial update, police had said they believed that fewer than 10 people had been killed, according to public information officer Leo Kosinski, Reuters reported.

The police have so far not provided any details about the suspected shooter, but several media outlets have identified him as a manager at the store. Kosinski said the police did not know if the shooter was employed by Walmart.

The police responded to the report of a shooting at around 10.12 pm on Tuesday (8.42 am Wednesday Indian time). On entering the Walmart store on Sam’s Circle, the spokesman said that police found “multiple fatalities and multiple injured”. He added no shots were fired by the police and that they were not sure if the shooter was an employee or a customer. It is unclear if the shooter died by suicide as well, said Kosinski.

#BREAKING Reports a manager a #Walmart in #Chesapeake, #Virginia has reportedly opened fire on other employees.

Walmart said in a statement early Wednesday that it was “shocked” at the incident at its Chesapeake store, and that it was working closely with law enforcement, said the news agency Reuters.

In another report, Virginia-based WAVY-TV said that besides those found dead or injured inside the store, one person was found dead outside the front entrance. Five of the injured were taken to the nearby Sentara Norfolk General Hospital, said the hospital spokesperson.

The WAVY-TV report said that the public has been instructed to stay away from the area as police personnel were still combing through the premises. Over 40 emergency vehicles were still parked outside, and the Federal Bureau of Investigation (FBI), Virginia Beach police and The Bureau of Alcohol, Tobacco, Firearms and Explosive (ATF) have reached out to assist in the investigation.

#UPDATE A Chesapeake police spokesperson tells us at this point he believes no more than 10 people have died. It’s unclear if the shooter was an employee. The shooter is now deceased. Officers are walking through the Walmart super center checking for victims. @WAVY_News pic.twitter.com/gZs4CDV0q8

Meanwhile, the City of Chesapeake said on Twitter that a family reunification site has been set up at the Chesapeake Conference Center.

“Chesapeake Police confirm an active shooter incident with fatalities at the Walmart on Sam’s Circle. The shooter is deceased. Follow us here for the only official updates. Our first responders are well-trained and prepared to respond; please give them space to do so,” it said.

“A family reunification site is set up at the Chesapeake Conference Center (700 Conference Center Drive). This site is only for immediate family members or the emergency contact of those who may have been in the building,” it added.

The city said that a media staging area has been set up near the scene, in the parking lot at Joshua Way and Sam’s Circle.

“We’re only a few hours into the response, so we don’t have all the answers yet. Chesapeake Police continue their investigation into the active shooter event at Walmart on Sam’s Circle. We do know there are multiple fatalities plus injuries and the shooter is confirmed dead,” it said.

Virginia senator Mark Warner said that he was “sickened” by the developments. “Sickened by reports of yet another mass shooting, this time at a Walmart in Chesapeake. I’ll be monitoring developments closely. In the meantime, I urge all those in the community to listen to guidance from local law enforcement and stay away from the scene,” he wrote on Twitter.