Prime Minister Shahid Khaqan Abbasi received a telephone call from Vice President Pence this evening, according to a statement issued by the Prime Minister's Office in Islamabad. 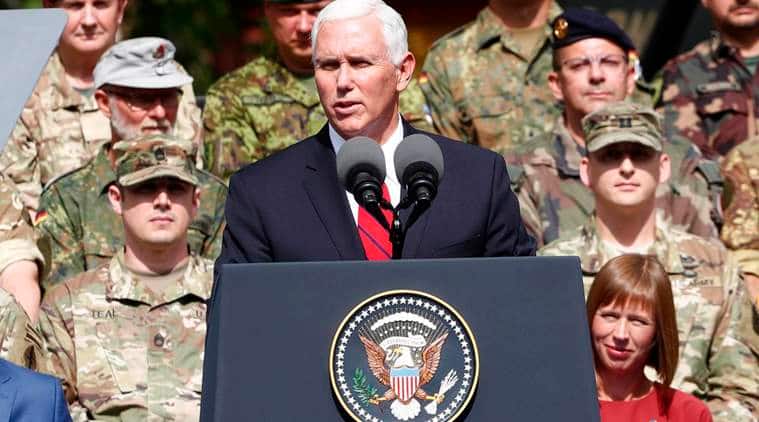 US Vice President Mike Pence on Wednesday thanked Pakistan for the safe recovery of American citizen Caitlin Coleman, her husband Joshua Boyle and their three children from the Taliban captivity. Prime Minister Shahid Khaqan Abbasi received a telephone call from Vice President Pence this evening, according to a statement issued by the Prime Minister’s Office in Islamabad.

Speaking on behalf of the US Government, Vice President Pence thanked Abbasi and praised the professionalism of the Pakistan Army and the intelligence agencies for the swift response and safe recovery of Coleman and her family.

Coleman and her husband Joshua Boyle, a Canadian citizen, were kidnapped in 2012 in Afghanistan while on a backpacking trip. Coleman, 31, was pregnant at the time of abduction. All of her three children were born in captivity.

The Pakistan Army recovered them from terrorist custody through an operation based on actionable intelligence from US authorities.

“Vice President Pence reaffirmed the importance of bilateral relations and said that the US would like to further build this relationship for peace and prosperity of the region,” the statement said.

Reaffirming Pakistan’s resolve to eliminate terrorism from its soil, Abbasi assured Pence that Pakistan would respond to any actionable intelligence shared by the US.

The two leaders agreed to maintain high-level engagements to strengthen cooperation in areas of mutual interest.

Vice President Pence also accepted an invitation of the prime minister to visit Pakistan in the near future.