US vote tomorrow, surge in gun purchases amid fears of violence

FBI numbers till September 2020 show that background checks, which are required to buy guns, peaked in March (3.7 million) and then in June (3.9 million total). 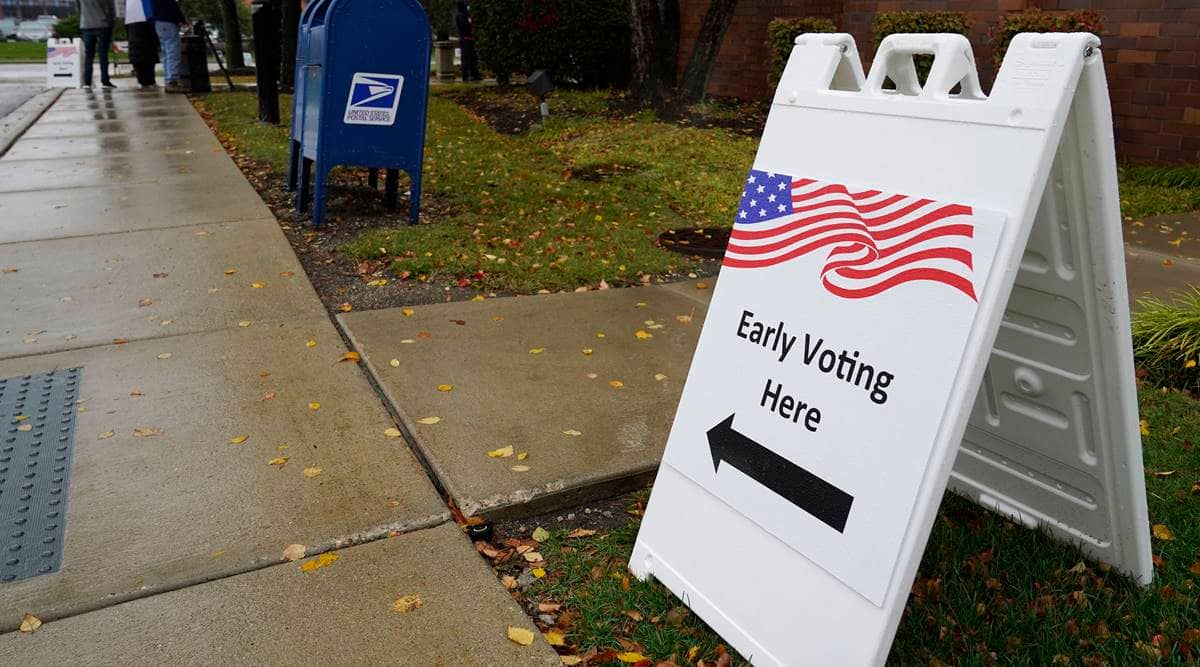 Arthur Benson calls himself a “reluctant gun owner”. A 34-year-old from Pennsylvania, Benson had planned a Black Lives Matter protest this summer. The 50 people who showed up on his side were matched by almost 300 counter-protesters carrying Trump flags and holding large automatic rifles. “There is no way I could have saved my life that day if they had pulled the guns on me,” says Benson, a Black himself, adding, “I feel that my hand was forced.” Follow US elections LIVE updates

A rising number of Americans are doing the same, buying guns for the first time, in the midst of widespread protests, a polarised country and a pandemic, all of which have added to the tension leading up to the November 3 presidential election.

FBI numbers till September 2020 show background checks, which are required to buy guns, peaked in March (3.7 million) and then in June (3.9 million total). Background checks till September (28.8 million) have already surpassed last year’s figures (28.4 million). A survey of customers by a firearm trade association, the National Sports Shooting Foundation, found that 40% were first-time gun owners. The states with the largest numbers lean both Republican and Democrat.

The last peak in similar background checks was in 2016, the previous US election, of 27.5 million.

“I’m not a big fan of carrying a gun. But I want to have the ability to express this right,” Benson said. “This year has been incredible as far as social unrest and as far as questioning our values and what we are willing to do to protect ourselves is concerned.”

The probability of drawn-out election results is adding to the anxiety. Benson says several of his acquaintances are pondering gun ownership, worried there may be a “civil war”. “When you watch the other side not care about the rule of law, you think about how much these people are willing to take. It’s really a culture war.”

Four days ago, the International Crisis Group of policymakers and researchers warned, “As the U.S. presidential election approaches, the ingredients for unrest are present. The electorate is polarised, both sides frame the stakes as existential, violent actors could disrupt the process and protracted contestation is possible.”

Earlier this month, the Department of Homeland Security named domestic violent extremism as a threat to the country.

From Explained | Superstar rapper to ex-convict, the independent and third party candidates running for US president

Now, some segments on the Left, including new groups like the Socialist Rifle Association and the African American Gun Association, are also buying guns.

While he had no difficulty purchasing his shotgun and pistol, Benson says ammunition is in short supply. Previously $15 for 50 rounds, it is now running at $40. On Friday, Walmart pulled guns and ammo from its shelves, citing the possibility of “civil unrest”.

At the first presidential debate, President Donald Trump had refused to explicitly denounce white nationalists. Asked if he will agree to a peaceful transfer of power, Trump usually responds with claims of “voter fraud”.

The Second Amendment of the US Constitution provides for the right to carry arms and has been a political hot potato for much of the country’s history, with gun control advocates pitted against gun rights groups. The latter have touted in press releases this year that new gun owners are increasingly Black or female.

Like many of Biden’s agendas, his opinions follow centrist Democratic evolutions over the decades. However, in a repeated pattern, calls for increased gun control, like under President Barack Obama, have often led to increased gun sales.

What has raised the opposition to guns are incidents of school shooting. While these date back to before the Trump presidency, including the 1990s Columbine shooting, in the last four years, student survivors have taken on gun control as their primary advocacy, leading school walkouts and major protests.

John, who requested that his last name be removed, grew up around old rifles in a hunting family. But, his father refused to buy handguns saying “they were only good for killing humans”. The 45-year-old quit hunting in his 20s, preferring to “shoot animals with my camera”. He says his country has a “sick relationship with guns” and that they are “too easy to obtain”. But, this year, he bought a 9mm Magnum and a small caliber automatic rifle.

“I’m buying new guns, for the first time in my life, because I don’t trust the GOP,” he said, referring to the Republican Party. “I don’t know what will happen to my country, but I will defend my family and our democracy without hesitation. I would have recognised evil (Hitler) in 1933, and I can see it rearing its ugly head again.”