US midterm elections 2018 highlights: The Republicans are poised to retain control of the Senate, while the Democrats have the majority to control the House of Representatives.

The Democrats have secured the needed 218 seats to win control of the House of Representatives in the crucial midterm elections while President Donald Trump’s Republican Party retained its majority in the Senate, an outcome likely to intensify the political bitterness and fighting between the two major parties in the run-up to the 2020 presidential poll. By capturing the House of Representatives, the Democrats may exert a major institutional check on Trump and break the Republican monopoly in Washington.

Trump, who campaigned aggressively in the last several weeks, expressed satisfaction over the results and described this as a tremendous success.

Votes were counted after millions cast their ballots to elect members to both houses of Congress—the House of Representatives (lower house) which has 435 seats and the Senate (upper house) with 100 seats. The midterm elections, held every four years, is seen as a referendum on the President. The outcome will determine the next two years of US President Donald Trump’s presidency.

In the outgoing House, the Republicans had 235 seats while the Democrats 193. The new House would come into being next January.

Tomorrow will be a new day in America: Nancy Pelosi

Likely incoming house speaker, Nancy Pelosi, 78, said, the party would use its newly won majority to pursue a bipartisan agenda for a country. Pelosi said Americans have all "had enough of division".

"Thanks to you, tomorrow will be a new day in America," she said standing alongside other Democratic House leaders.

She said that the election result is about "restoring the system of checks and balances" in Trump administration thus indicating that the new Democratic party would play the role of a strong opponent in for the US President.

At least 90 women won elections with majority being Democrats

Democrats secure majority to gain control of US House

Democrats have secured the 218 seats needed to gain control of US  House,  gaining the power to investigate Trump, shape agenda, reports news agency AP. The victory could echo from Moscow to Beijing to Riyadh, with empowered Democrats now able to launch new investigations into President Donald Trump's international business empire and his political dealings with the rest of the world. Overturning control of the House in Tuesday's midterm elections has given the Democrats a powerful weapon to wield against Trump: subpoenas whose reach could extend far beyond the White House and Washington.

The high-profile 2018 midterm elections in the US delivered several significant firsts as voters came out in record numbers to elect the first two Muslim women and the youngest woman ever in Congress and the nation's first openly gay governor. Ilhan Omar, who won in Minnesota's 5th Congressional District, and Rashida Tlaib, from Michigan's 13th Congressional District, became the first Muslim women to be elected to Congress. Michigan Democrat Tlaib and the Minnesota Democratic-Farmer-Labor Party's nominee Omar will secure their respective seats in strongly Democratic districts following primary victories earlier this year.

How Indian-Americans fared in the US midterm elections 2018

The United States midterm elections have sent a record number of women and candidates of colour to Congress. From Alexandria Ocasio Cortez becoming the youngest woman, to Ilhan Omar & Rashida Tlaib, the first two Muslim women to enter Congress, here's a list of firsts.

According to a survey by AP VoteCast, nearly 40% of the electorate voted against the President, while 25% said they voted in support of him. Further, 6 in 10 voters reportedly said the country was moving towards the wrong direction, while the same number expressed satisfaction with the economy. At least 25% said healthcare and immigration were the most important issues this election.

US midterm elections: How the markets are reacting

Asian markets have been volatile this morning as results of the US midterm elections 2018 trickle in. Asian shares have gained, with Japan's benchmark Nikkei rising 1.2% and Australia's S&P/ASX, Hong Kong's Hang Seng and South Korea's Kospi trading marginally higher. Indian markets are closed today on the occasion of Diwali.

With the Republicans set to retain hold of the Senate, President Trump tweets, "Tremendous success tonight. Thank you to all!"

Tremendous success tonight. Thank you to all!

Explained: What a split Congress means

The Republicans are poised to retain control of the Senate, after gaining at least 50 seats in the 100-member House. Meanwhile, Democrats look like they will win back the House of Representatives. What does a split Congress mean? In terms of legislation, this would allow Democrats to block government reforms. However, despite being in control of the House, Democrats will not be able to impeach President Trump as this requires the support from two-thirds of the Senate.

Republican Senator Ted Cruz retains his Senate seat from Texas, defeating Democrat Beto O'Rourke, reports Reuters. O'Rourke, who had the backing of several celebrities including Beyonce, would have been the first Democrat to win the seat since 1994 if elected. 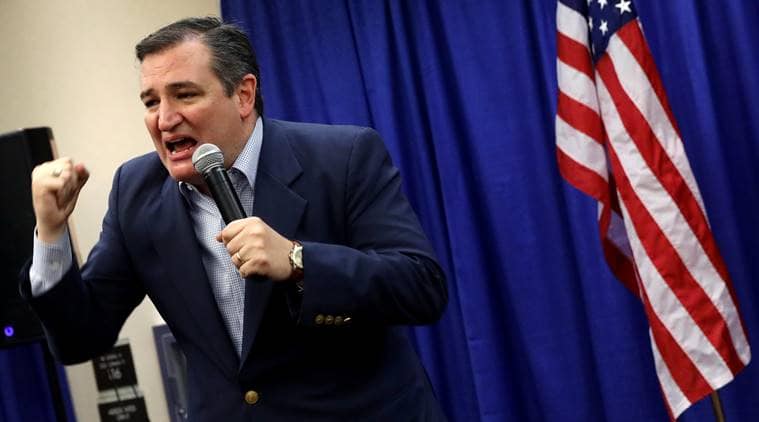 CNN has announced that the Republicans will continue to control the US Senate (Upper House). The majority or halfway mark needed for the Republicans is 50 as Vice President Pence has the tiebreak vote. For the Democrats, they would need to secure 51 seats in the House which seems unlikely. Final results are awaited.

In another first, two Muslim women elected to Congress

Congratulations to my sister @RashidaTlaib on your victory!

I cannot wait to serve with you, inshallah. ????

In a big upset, Democrat Laura Kelly has defeated Kansas Secretary of State Kris Kobach and independent Greg Orman and has been elected Governor of Kansas.

The US now has its first openly gay Governor! Democrat Jared Polis was elected as Governor of Colorado after defeating Republican Walker Stapleton.

Mitt Romney has won the election to the Senate from Utah, defeating Democrat Jenny Wilson. According to current trends, in the 100-member House, Republicans have 45 seats and Democrats 38. Romney was presidential nominee for the party in 2016.

Democrats are poised to win control of the 435-member House of Representatives, according to Fox News. Democrats currently have 82 seats against Republicans' 89, reports to The New York Times. A party needs to win 218 seats for control of the House.

According to The Washington Post, a historic number of women are likely to elected to Congress. Further, the women who contested these midterms were diverse — black, Latina and Native American. Women have so far held 20% or 107 of the 535 seats in Congress. Can women repair the US? Read this NYT opinion.

Hillary Clinton, the 2016 Democratic presidential candidate, said it was time for Americans to say "enough" after two years of watching the Trump administration "attack and undermine our democratic institutions and values." She urged voters to "vote against radicalism, bigotry, and corruption" and "for fantastic candidates all over the country - including a historic number of women."

Also read | Explained: What to look for in US midterm polls today

During the campaign, President Trump made every effort to convince voters to retain the Republican majority in the House of Representatives.

During an election-eve rally in Cleveland on Monday, President Trump claimed that mid-term elections, which used to be "boring", have now become the "hottest thing" because of him, attributing voter turnout and media attention to his presidency.