The administration did not release details of the evidence it had collected, but Jen Psaki, the White House press secretary, said the operatives were trained in urban warfare and explosives. 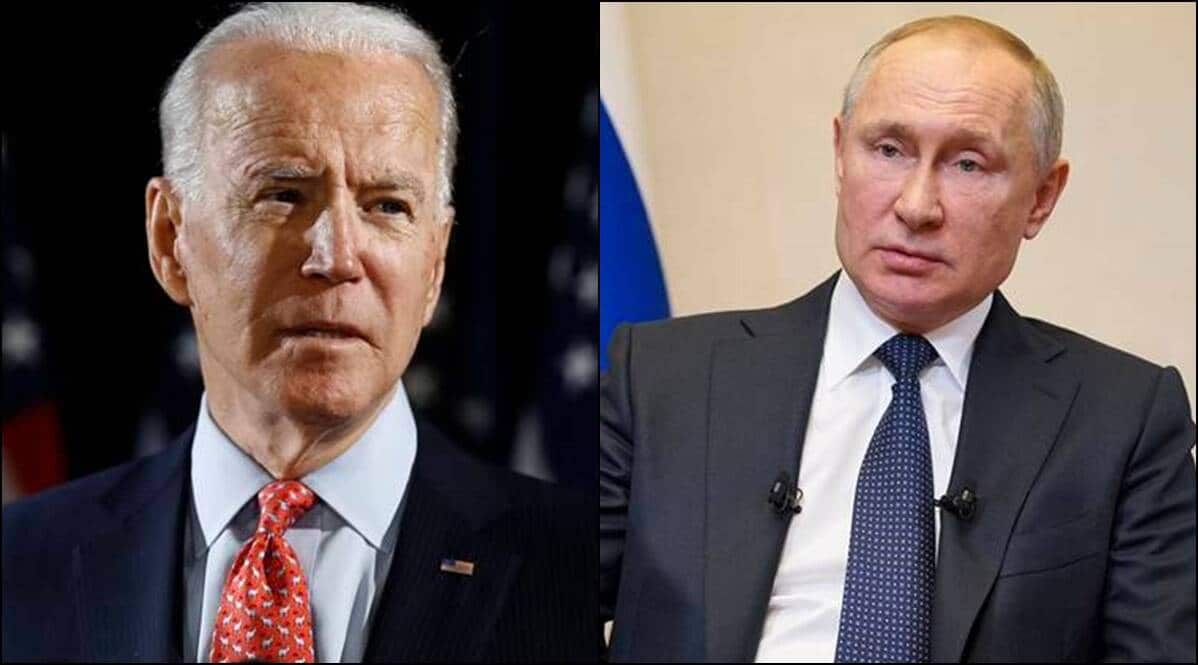 The White House accused Moscow on Friday of sending saboteurs into eastern Ukraine to stage an incident that could provide President Vladimir Putin of Russia with a pretext for ordering an invasion of the country.

The administration did not release details of the evidence it had collected, but Jen Psaki, the White House press secretary, said the operatives were trained in urban warfare and explosives.

“Russia is laying the groundwork to have the option of fabricating a pretext for invasion,” Psaki said, “including through sabotage activities and information operations, by accusing Ukraine of preparing an imminent attack against Russian forces in eastern Ukraine.”

She said the Russian military planned to begin these activities several weeks before a military invasion, which could begin between mid-January and mid-February. She said Moscow was using the same playbook as it did in 2014, when Russia annexed the Crimean Peninsula, a part of Ukraine.

John F. Kirby, the Pentagon spokesman, called the intelligence about the operation “very credible” when asked about it at a news briefing Friday.

Read |Open warnings, conflicting demands: How US and Russia are engaging

Two other American officials, speaking on the condition of anonymity to discuss intelligence, said the U.S. assessment was the result of a combination of intercepts and movements on the ground of particular individuals. That could explain the administration’s reluctance to declassify granular information, for fear of alerting the Russian operatives whose movements are being tracked.

The U.S. allegations were clearly part of a strategy to try to prevent the attacks by exposing them in advance. But without releasing the underlying intelligence — some of which has been provided to allies and shown to key members of Congress — the United States opened itself up to Russian charges that it was fabricating evidence. In past years, Russia frequently recalled the deeply flawed intelligence case that the United States built for invading Iraq as part of an effort to discredit the CIA and other U.S. intelligence agencies as political operatives.

The accusation by the United States came a day after the conclusion of a week of diplomatic encounters with Russia, moving from Geneva to Brussels to Vienna, in an effort to de-escalate the confrontation. But those talks ended without any agreement to pull back the approximately 100,000 Russian troops massed on the Ukrainian border, or for the United States or NATO to accept Moscow’s demands that they pull back all forces from former Warsaw Pact countries that have joined NATO.

Russia has also demanded that the United States remove all of its nuclear weapons from Europe, and that Ukraine, Belarus and Georgia, three surrounding states that once were part of the Soviet empire, never join NATO.

It is still unclear whether Putin believes those are realistic strategic objectives — Wendy R. Sherman, deputy secretary of state, called them “non-starters” this week — or whether his true focus is on bringing Ukraine to heel. The Russian president wants to expand his country’s sphere of influence to include more of the old Soviet bloc, especially former Soviet republics like Ukraine.

The United States has vowed both severe financial and technological sanctions if Russia invades, and it has said it would consider arming a Ukrainian insurgency to make any Russian occupation expensive and bloody. Both Defense Secretary Lloyd Austin and Gen. Mark Milley, chairman of the Joint Chiefs of Staff, have warned their Russian counterparts in recent telephone calls that any swift Russian victory in Ukraine would probably be followed by a bloody insurgency similar to the one that drove the Soviet Union from Afghanistan.

After the Biden administration made the new accusation against Russia, Rep. Adam Schiff, D-Calif., chairman of the House Intelligence Committee, said the news underscored the need to “provide Ukraine with the defensive weapons needed to deter aggression, and, if unsuccessful at deterrence, make a Russian invasion costly to the invaders.”

The Kremlin pushed back against the intelligence assessment. “So far, all these statements have been unfounded and have not been confirmed by anything,” Dmitri S. Peskov, Putin’s spokesman, told TASS, a state-run news agency.

The intelligence finding was reported earlier by CNN.

One senior Biden administration official said there was concern that saboteurs or provocateurs could stage an incident in Kyiv, the Ukrainian capital, creating a possible pretext for a coup. President Volodymyr Zelenskyy of Ukraine declared several months ago that he believed a coup attempt was underway, but it never materialized.

Ukraine’s military intelligence service announced earlier Friday that it had intercepted information about a plot by Russian spies to start a sabotage operation from disputed territory in Moldova, south of Ukraine, where Russia maintains a large contingent of troops. The plan, according to the intelligence service, was to attack Russian troops stationed at a weapons depot near the border with Ukraine and blame it on Ukrainian forces.

A senior Ukrainian military official, who spoke on the condition of anonymity to discuss intelligence matters, said that while not all details of the plot were known, any provocation in that region could be used to justify an attack on Ukraine’s southern flank, possibly from Russian naval resources in the Black Sea.

Just as Ukraine was making that accusation, a cyberattack hit the websites of its foreign ministry and a range of other government agencies. But the attack appeared somewhat amateurish, producing propaganda but doing little real damage. Analysts concluded it could easily have been mounted by hackers, including pro-Russian hackers, and showed none of the sophistication of recent government-led Russian attacks.

In its allegations against Russia, the United States also warned of disinformation operations. A statement from the administration outlining the charges said that “Russian influence actors are already starting to fabricate Ukrainian provocations in state and social media to justify a Russian intervention and sow divisions in Ukraine.” Those include “emphasizing narratives about the deterioration of human rights in Ukraine and the increased militancy of Ukrainian leaders.”

In his Pentagon news briefing, Kirby said that when “we talk about Russian operatives, it could represent a blend of individuals inside the Russian government, whether it’s from their intelligence communities, their security services or even their military.”

He said that the Russians frequently worked in ways in which it was “not necessarily really clear who they specifically report to in the conduct of some of these more covert and clandestine operations.”

That was the case in 2014, when Moscow sent military forces without uniforms into the Donbas region of eastern Ukraine, where Russian-backed forces have been fighting a grinding war of attrition with the Ukrainian government.