Pelosi also said she had spoken with Gen. Mark Milley, the chairman of the Joint Chiefs of Staff, about “preventing an unstable president from initiating military hostilities or accessing the launch codes.” 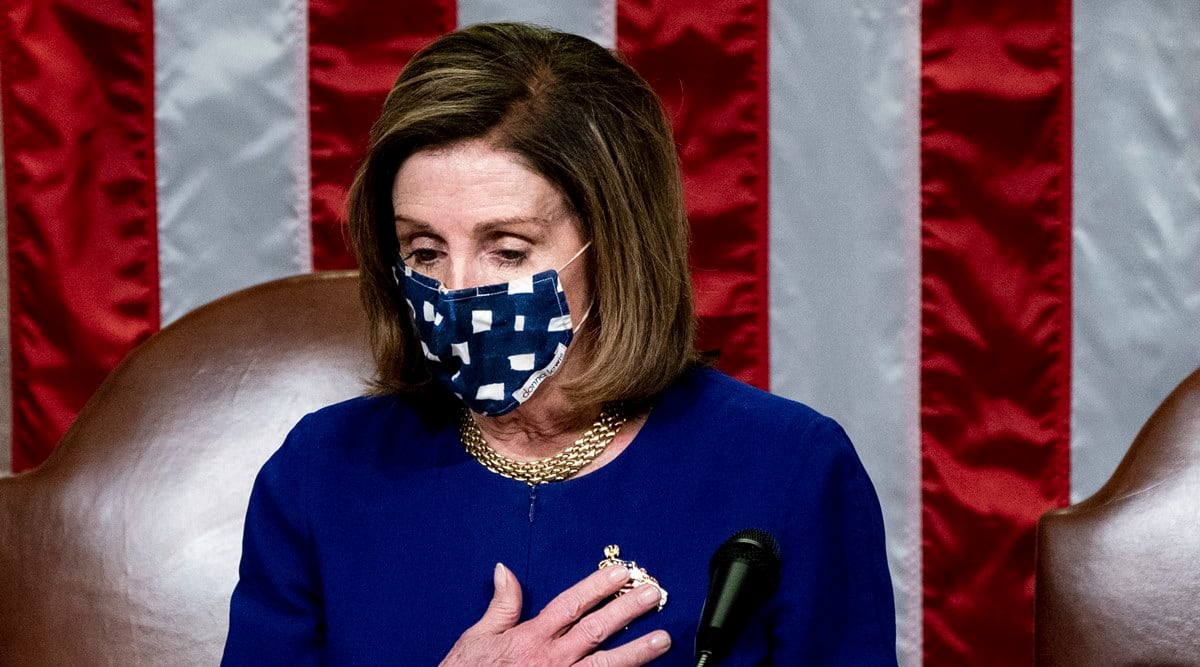 House Speaker Nancy Pelosi of California said Friday that the House would move to impeach President Donald Trump over his role in inciting a violent mob attack on the Capitol if he did not resign “immediately,” appealing to Republicans to join the push to force him from office.

In a letter to members of the House, the speaker invoked the resignation of Richard Nixon amid the Watergate scandal, when Republicans prevailed upon the president to resign and avoid the ignominy of an impeachment, calling Trump’s actions a “horrific assault on our democracy.”

“Today, following the president’s dangerous and seditious acts, Republicans in Congress need to follow that example and call on Trump to depart his office — immediately,” she wrote. “If the president does not leave office imminently and willingly, the Congress will proceed with our action.”

Pelosi also said she had spoken with Gen. Mark Milley, the chairman of the Joint Chiefs of Staff, about “preventing an unstable president from initiating military hostilities or accessing the launch codes.”

A spokesman for Milley, Col. Dave Butler, confirmed that the two had spoken and said the general had “answered her questions regarding the process of nuclear command authority.”

Some Defense Department officials have expressed anger that political leaders seemed to be trying to get the Pentagon to do the work of Congress and Cabinet secretaries, who have legal options to remove a president.

Trump, they noted, is still the commander in chief, and unless he is removed, the military is bound to follow his lawful orders. While military officials can refuse to carry out orders they view as illegal, they cannot proactively remove the president from the chain of command. That would be a military coup, these officials said.

The letter from Pelosi came as momentum for impeachment was rapidly growing Friday among rank-and-file Democrats across the party’s ideological spectrum, and a handful of Republicans offered potential support.

Rep. Katherine Clark of Massachusetts, the No. 4 Democrat, said that if Vice President Mike Pence would not invoke the 25th Amendment to forcibly relieve Trump of his duties, Democrats were prepared to act on impeachment by the middle of next week.

Advertisement
Explained |Donald Trump is heading for second impeachment. Here's how it could play out

An aide to Pelosi said Friday that she still had not heard from Pence, despite putting intense public pressure on him to act. But Pence was said to be opposed to doing so, and she was making plans to move ahead.