The conflict in Ukraine has put the growing cryptocurrency industry under new scrutiny, with politicians and regulators expressing concern that the digital tokens could become a tool for sanctions evasion by Russian businesses and government officials. 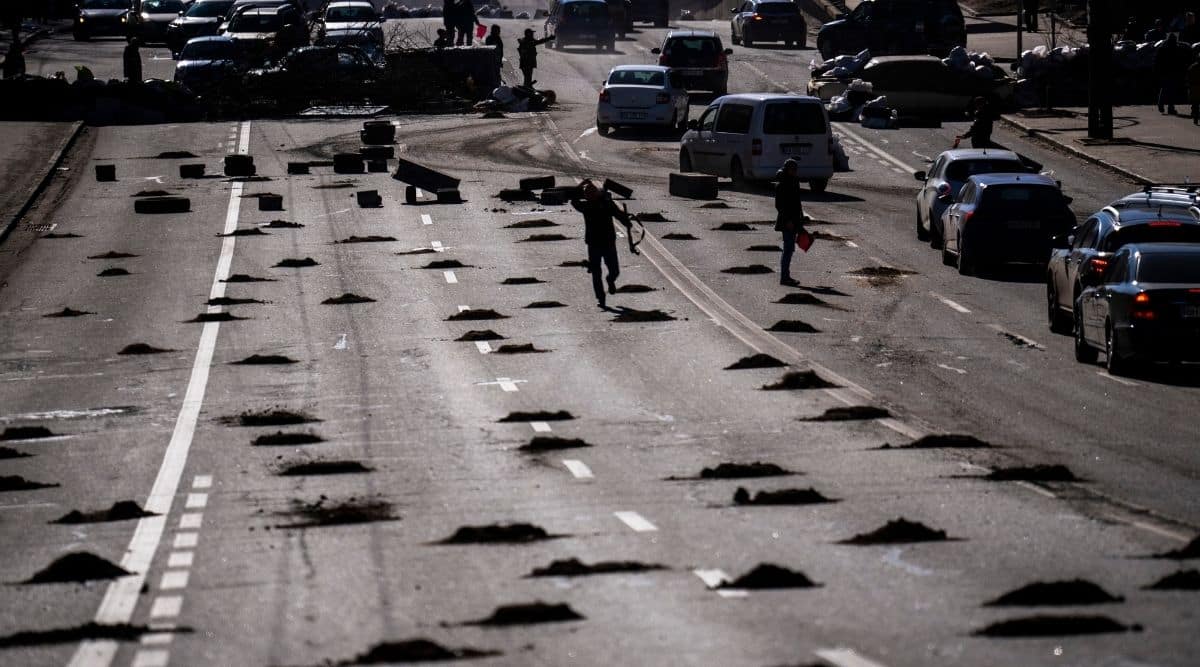 There are more Indian students stranded in the war torn region of Ukraine. (AP)

As Russia’s invasion escalated over the weekend, Ukrainian officials made an unusual request on Twitter: Send us your crypto.

A series of tweets, sent from government accounts, listed online wallet addresses for Bitcoin, Ether and Tether, three of the most popular cryptocurrencies. Since then, cryptocurrency investors have donated more than $22 million worth of digital assets to the Ukrainian government and a nonprofit supporting the country’s military, according to data provided by the blockchain tracking firm Elliptic on Monday evening.

The conflict in Ukraine has put the growing cryptocurrency industry under new scrutiny, with politicians and regulators expressing concern that the digital tokens could become a tool for sanctions evasion by Russian businesses and government officials. But cryptocurrency has also provided a way for investors around the world to quickly move funds to Ukrainian fighters, as more traditional crowdfunding strategies encounter obstacles.

Last week, the crowdfunding website Patreon took down a page operated by Come Back Alive, a Kyiv organisation that has raised money to arm and train military personnel in Ukraine. Patreon said the page had violated its rules against funding military activity.

But Come Back Alive now has a new source of funding: a crypto collective called UkraineDAO, which was formed last week by crypto enthusiasts working with Russian protest band Pussy Riot. A spokesperson for UkraineDAO said it had raised more than $4 million in cryptocurrency for Come Back Alive.

Nadya Tolokonnikova, a member of the band, said that Come Back Alive had agreed to spend the funds on medical support for victims of the war, rather than arming soldiers.

“Blockchain allows us to scale our efforts in a way that wasn’t possible for us before,” Tolokonnikova said, referring to the decentralised ledger system that underlies cryptocurrencies. “The old ways of raising money sometimes are really slow and just clumsy.”

The donations are a drop in the bucket in the context of the conflict. Last year, Ukraine’s defense budget was about $4 billion; Russia spends more than 10 times that much on its military.