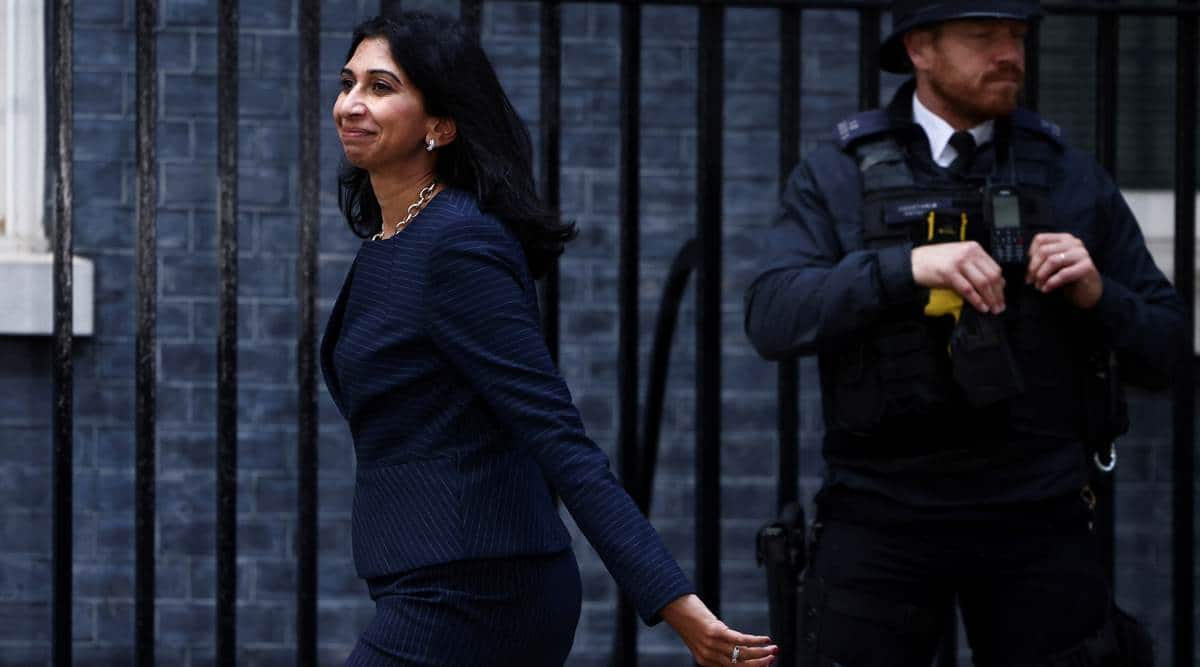 British lawmaker Suella Braverman was reappointed as interior minister on Tuesday by Prime Minister Rishi Sunak, less than a week after she resigned from the role for breaching government rules.

Braverman, 42, stepped down a day before former prime minister Liz Truss did after breaching email security rules, also voicing concerns about the direction of Truss’s government in her resignation letter.

First elected to parliament in 2015, Braverman is regarded as being on the right wing of the governing Conservative Party.

She supports Britain’s exit from the European Convention on Human Rights as what she calls the only way the country can solve its immigration problems, and says it was her “dream” to see a flight deporting asylum seekers to Rwanda take off.

She has said Britain should replace the ECHR with a strengthened British Bill of Rights.

A committed Brexit supporter, she was appointed as a minister in the Department for Exiting the European Union but resigned in protest at former prime minister Theresa May’s proposed divorce deal.

After Boris Johnson became leader, she was later appointed Attorney General in 2020, when she was criticised by some lawyers over whether some government policies were legal.