U.S. and NATO scramble to arm Ukraine and refill their own arsenals

In Ukraine, the kind of European war thought inconceivable is chewing up the modest stockpiles of artillery, ammunition and air defenses. 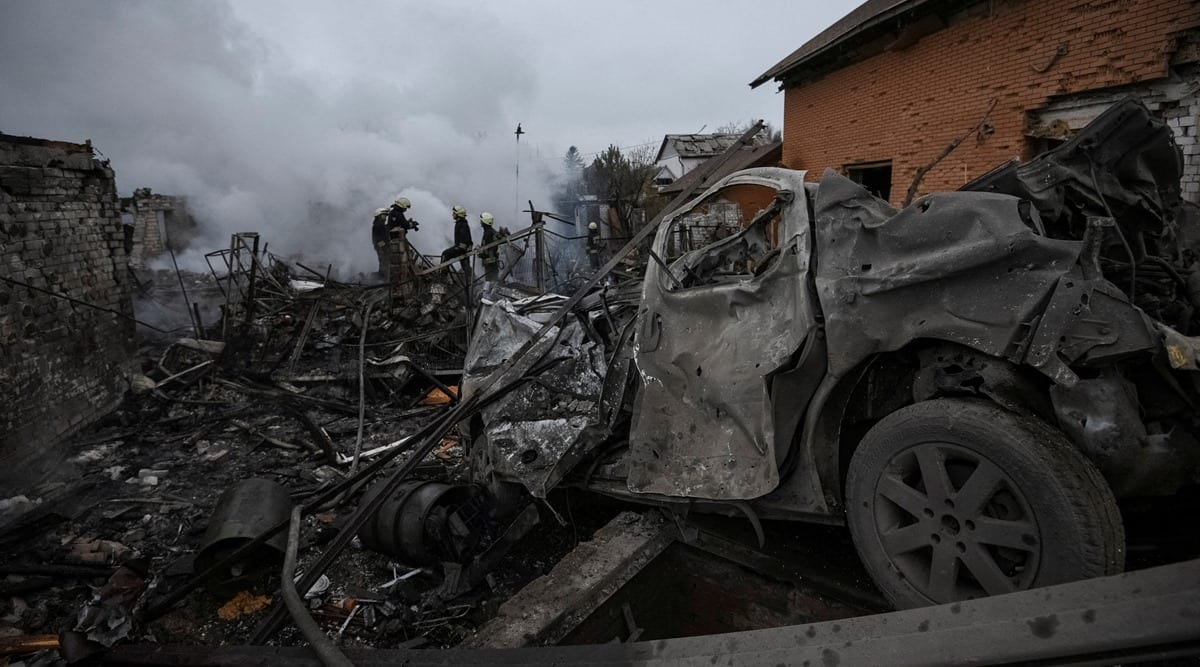 Rescuers work at a site of private houses heavily damaged by a Russian missile strike, amid Russia's attack on Ukraine (Reuters)

When the Soviet Union collapsed, European nations grabbed the “peace dividend,” drastically shrinking their defense budgets, their armies and their arsenals.

With the rise of al-Qaida nearly a decade later, terrorism became the target, requiring different military investments and lighter, more expeditionary forces. Even NATO’s long engagement in Afghanistan bore little resemblance to a land war in Europe, heavy on artillery and tanks, that nearly all defense ministries thought would never recur.

In Ukraine, the kind of European war thought inconceivable is chewing up the modest stockpiles of artillery, ammunition and air defenses. Even the mighty United States has only limited stocks of the weapons the Ukrainians want and need, and Washington is unwilling to divert key weapons from delicate regions like Taiwan and Korea, where China and North Korea are constantly testing the limits.

Now, nine months into the war, the West’s fundamental unpreparedness has set off a mad scramble to supply Ukraine with what it needs while also replenishing NATO stockpiles. As both sides burn through weaponry and ammunition at a pace not seen since World War II, the competition to keep arsenals flush has become a critical front that could prove decisive to Ukraine’s effort.

Also read |Ukrainian flags are on display all over Maine. Why?

The amount of artillery being used is staggering, NATO officials say. Ukraine can fire thousands of rounds daily and remains desperate for air defense against Russian missiles and Iranian-made drones.

By comparison, the United States produces only 15,000 rounds each month.

So the West is scrambling to find increasingly scarce Soviet-era equipment and ammunition that Ukraine can use now, including S-300 air defense missiles, T-72 tanks and especially Soviet-caliber artillery shells.

The West is also trying to come up with alternative systems, even if they are older, to substitute for shrinking stocks of expensive air-defense missiles and anti-tank Javelins. It is trying to purchase ammunition from countries such as South Korea to “backfill” stocks being sent to Ukraine. There are even discussions about NATO investing in old factories to restart manufacturing Soviet-caliber 152 mm and 122 mm shells for Ukraine’s still largely Soviet-era artillery armory.

But the obstacles are as myriad as the solutions being pursued.