A federal grand jury on Friday indicted Bannon on one count of contempt of Congress for refusing to appear for a deposition and a second count for refusing to produce documents. 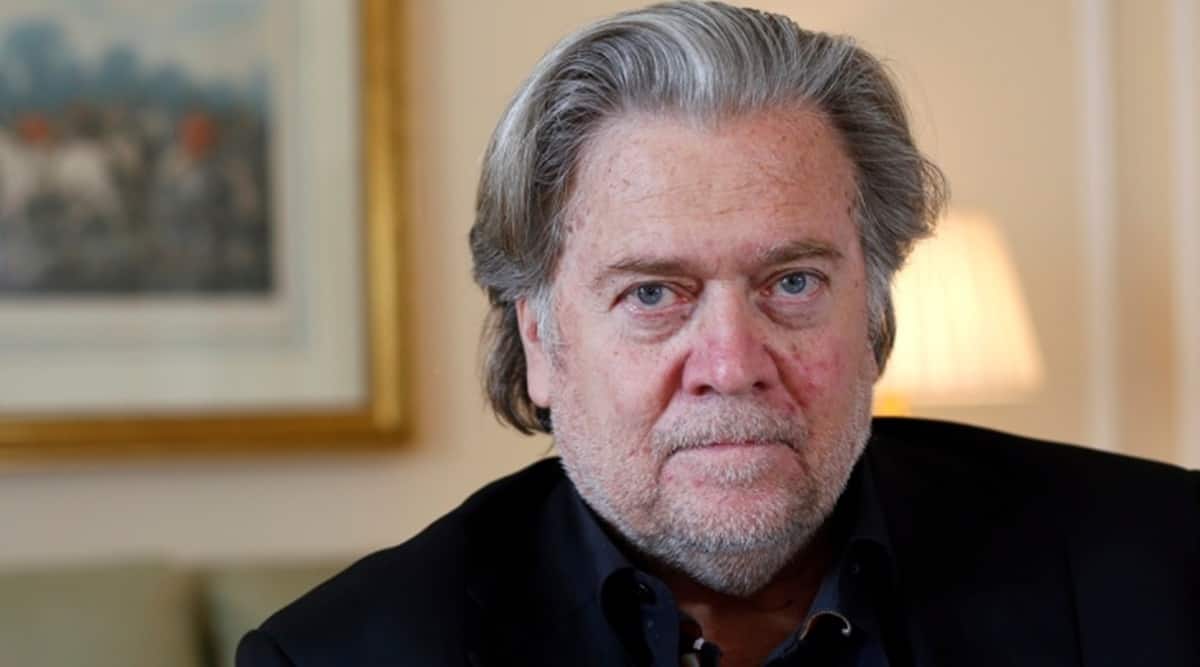 Contempt of Congress is a misdemeanor punishable by up to one year in jail and a maximum fine of $1,000, the Justice Department said. (AP/File)

Steve Bannon, a longtime adviser to former US President Donald Trump, turned himself into the FBI on Monday to face the first criminal charges handed down amid a congressional probe of the deadly Jan. 6 attack on the Capitol for refusing to cooperate with the investigation.

Speaking to his supporters, Bannon looked directly into the camera that was live-streaming on the social media website GETTR and urged them to remain focused.

“We’re taking down the Biden regime,” Bannon said, dressed in three black shirts and a green coat. “I want you guys to stay focused. … This is all noise.”

Bannon, 67, is expected to make his initial appearance in federal court later on Monday.

Bannon is one of more than 30 people close to the Republican former president who have been ordered by the U.S. House of Representatives Select Committee to testify about what happened in the run-up to Jan. 6, when thousands of people stormed the Capitol building in an attempt to prevent formal congressional certification of Trump’s election loss to President Joe Biden.

House investigators hope the action against Bannon will motivate other witnesses, such as former Chief of Staff Mark Meadows, to testify. Bannon has refused, citing Trump’s insistence – already rejected by one judge – that he has a right to keep the requested material confidential under a legal doctrine called executive privilege.

US Representative Adam Schiff, Democratic chair of the House Intelligence Committee and a member of the Jan. 6 panel, said he believed Bannon’s indictment on two counts of “contempt of Congress” would sway others to drop their defiance.

“It will have a very strong focusing effect on their decision-making,” Schiff told NBC’s “Meet the Press” on Sunday.