Among those who fought to liberate South Africa from apartheid, some joined the ranks of the new government, while others went on to become successful business owners, capitalizing on political connections forged in exile. 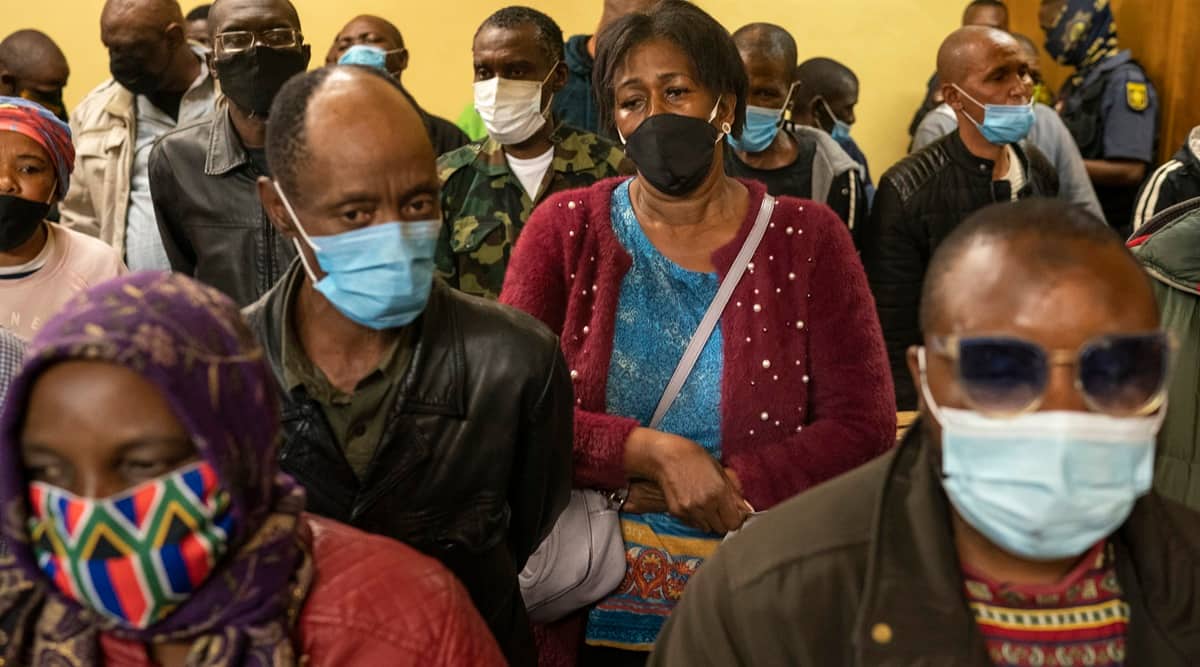 A group of 53 veterans of the armed struggle against apartheid in South Africa appear in court for a bail hearing on Tuesday, Oct. 19, 2021 in Pretoria, South Africa. They are accused of kidnapping the country’s defense minister and other government officials, as they Demanded benefits they say were promised to them years ago as the armed units were disbanded. (Image/NYT)

Lesley Kgogo was 17 years old when he traded a school uniform for military fatigues and joined the armed wing of the African National Congress in the fight to overthrow the apartheid regime in South Africa.

He was among thousands who trained and slept in bush camps in other countries and then returned to join the insurgency that ultimately helped to topple the repressive white-minority government.

More than 40 years later, in a democratic South Africa now led by the African National Congress, Kgogo slept outside the party headquarters in protest, joining dozens of other former combatants who say that the government they helped install has overlooked their great personal sacrifice.

They are demanding benefits they say were promised to them years ago as the armed units were disbanded — pensions, housing and scholarships for their children.

“I liberated the country, people are enjoying the benefits of it and I am still nothing, not even respected by my own government,” said Kgogo, who is 58 and lives in Soweto.

Some of these veterans of South Africa’s liberation struggle grabbed the country’s attention last week with a confrontational protest that has landed 53 of them in jail. On Tuesday, they were charged with kidnapping. Veterans of the liberation struggle in South Africa wait in a prison parking lot for the outcome of the bail hearing on Tuesday, Oct. 19, 2021 in Pretoria, South Africa. (Image/NYT)

The police and prosecutors say the charges resulted from an incident Thursday, when the veterans barricaded the doors of a hotel ballroom and refused to let Thandi Modise, the country’s minister of defense and military veterans, leave. She was held with two other government officials. After nearly three hours, police broke down the door and arrested the veterans.

The protesting veterans say that their frustration had boiled over but that the authorities’ response was exaggerated.

Among those who fought to liberate South Africa from apartheid, some joined the ranks of the new government, while others went on to become successful business owners, capitalizing on political connections forged in exile. But many others have fallen into poverty and despair, and now a group of disgruntled former combatants is demanding a share of the spoils of freedom.

The South African government has conceded that dozens of former freedom fighters have not received their promised benefits. But officials blamed obstacles, including an out-of-date database and the very definition of who is a veteran. A spokesperson for the Department of Defense and Military Veterans estimated that there are at least 20,000 veterans from liberation groups, and that the government has compensated 495 of them since 2016, offered trauma counseling to 4,500 veterans and their families, and promised to repatriate the remains of dozens of fighters who died in exile.

Modise, herself once a guerrilla fighter, said that before the tensions rose Thursday, she had joined the veterans singing liberation anthems, “because they were our songs, too.” Afterward, she said of her politically awkward faceoff with her former comrades, “We were not threatened, just uncomfortable with being held against our will.”

She was recently appointed defense minister and promised to investigate why the veterans had not received their benefits. She had been meeting with the veterans as part of a task force set up by President Cyril Ramaphosa in November to address the bottlenecks in delivering benefits.

The 53 veterans — among them several women — were charged in a packed courtroom inside a prison where many liberation-era veterans were executed by the apartheid regime. A judge Tuesday granted 42 of them bail of 500 Rand — about $34 each — but kept 11 in custody because of prior convictions. Prosecutors did not rule out the possibility of also charging them with terrorism at the next hearing, scheduled for February.

Like many government service programs in post-apartheid South Africa, the distribution of veterans’ benefits has been plagued by allegations of corruption and mismanagement.

Veterans of the liberation struggle, mostly Black men and women, also charge that their benefits are unequal to their white counterparts who formed part of the apartheid government’s army.

Lindiwe Zulu, South Africa’s minister of social development, who also fought the apartheid regime, said, “We need to scale up the support that government needs to give to people that gave up their lives for the struggle.”

In 2011, South Africa passed a law that recognized all former combatants of any military organization as veterans and established the Department of Military Veterans, which among its other responsibilities was supposed to address the plight of former freedom fighters. For many, it did little to address the vacuum left by the disbandment of their units at the end of apartheid.

“We took them to the camps and never taught them anything apart from an AK-47,” said retired Maj. Gen. Keith Mokoape, who was responsible for the training and recruitment of dozens of fighters.

Kgogo’s experience was typical. As a teenager, he walked much of the way to neighboring Botswana to join the armed resistance, sleeping in the bush and training in threadbare camps.

The African National Congress, known as the ANC, sent him and others to Cuba, the Soviet Union and North Korea, to learn the military expertise of its Cold War allies. Some sneaked back into South Africa and bombed police stations, railway lines, and, in 1979, a state-run oil refinery. They fought the all-white South African army in cross-border raids and proxy wars around southern Africa.

But Kgogo and others returned with little more than traumatic stories, which have been forgotten by a post-apartheid South Africa fighting new battles, like unemployment and corruption.

“We had nothing; we had no money. You came back with what you left with,” Kgogo said. He said his son had to drop out of university when the state scholarship promised to the children of veterans was never paid.

The soldiers returned as the ANC was repositioning itself as the government of South Africa, with activists and politicians scrambling for a place in the fledgling bureaucracy.

Some fighters agreed to be integrated into the South African National Defense Force but struggled to take orders or fight side-by-side with the white officers who were retained, but who had once been their sworn enemies.
They Fought Apartheid in South Africa. Now They Want Veterans’ Benefits.

Some, like Masechaba Motloung who trained in Uganda from 1990 to 1994, were demoted to lower ranks. She said she finally resigned in frustration.

Mduduzi Chiyi was a major in exile in Tanzania, when he was redeployed to the South African National Defense Force, where he said white colleagues regarded him with suspicion and ordered him to make their tea. Chiyi, who is among the protesting veterans, also left the military.

Others said they took a meager pension payout, but with little formal education and no psychosocial support, soon fell into poverty.

Mokoape acknowledged in an interview, “It was each man for himself.

“People fell in between the cracks,” he said, and the recent protest “is a manifestation of that.”

Now, some veterans sleep under bridges and dig through trash cans for food.

“The few years I spent in the camps, I trained a lot of people,” said Stanley Ndlovu, who parlayed his role documenting the armed struggle for the ANC into a post-apartheid job as a filmmaker for the public broadcaster. “Some of them I find on the street, collecting food from the dust bin, and I feel for them.”