Thai cave rescue highlights: Eighteen days since the 12 boys and their coach were stuck in a cave, all thirteen were rescued on Tuesday. A group of 19 experts, hundreds of volunteers and Thai officials led the rescue mission.

An ambulance believed to be carrying one of the rescued boys from the flooded cave heads to the hospital in Chiang Rai as divers evacuated the remaining boys and their coach trapped at Tham Luang cave.  (AP Photo/Vincent Thian)

The Thai Navy SEAL rescued all 12 boys, part of a football team, and their coach from the Thailand cave on Tuesday after being trapped for over two weeks. The rescue mission continued for three days. The “Wild Boars” soccer team, aged between 11 and 16, and their 25-year-old coach were trapped on June 23 while exploring the cave complex in the northern province of Chiang Rai when a rainy season downpour flooded the tunnels.

While four weres rescued on Sunday, another four were brought out on Monday. The remaining five were pulled out on Tuesday. Their rescue was followed a few hours later by the safe return of a medic and three SEAL divers who had stayed for days with the boys in their cramped, dry refuge. A former Thai navy diver had also died while on a re-supply mission inside the cave. A group of 19 experts, hundreds of volunteers and Thai officials led the rescue mission.

Thai ordeal ends, all twelve boys along with coach have been brought to safety. Read highlights

Thailand's Public Health Ministry in a quote to AP said, the eight boys brought out by divers on Sunday and Monday were doing well and were in good spirits. They were treated with bread and chocolate spread that they'd requested today.

The first four boys rescued were able to eat normal food, though they couldn't yet take the spicy dishes. Two of the boys possibly have a lung infection but all eight are generally ``healthy and smiling,'' the health secretary said.

It'll take at least seven days before they can be released from the hospital, he added. The boys and the coach rescued today have been shifted to the hospital and are under observation. 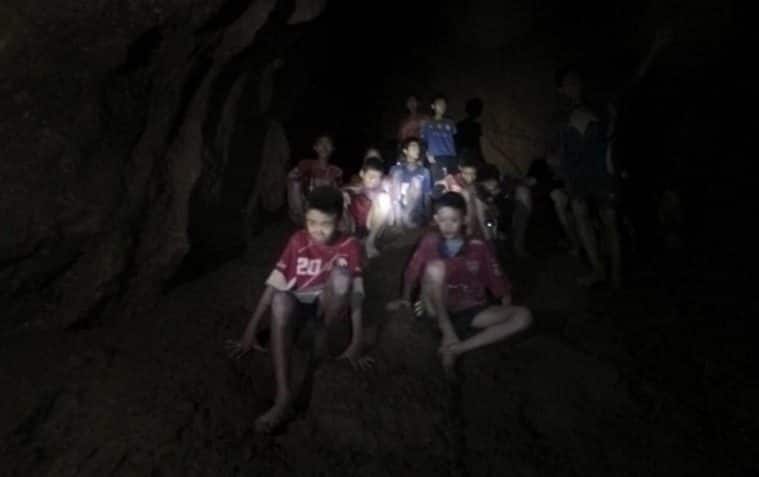 The trapped boys were given anti-anxiety medication to help with their rescue: Thailand PM

According to news agency AP, Thailand's prime minister said the 12 boys saved from a flooded cave were given an anti-anxiety medication to help with their rescue. Asked at a weekly news conference Tuesday if the boys had been sedated, Prime Minister Prayuth Chan-ocha said, ``Who would chloroform them? If they're chloroformed, how could they come out? It's called Anxiolytic, something to make them not excited, not stressed.''

On behalf of the United States, congratulations to the Thai Navy SEALs and all on the successful rescue of the 12 boys and their coach from the treacherous cave in Thailand. Such a beautiful moment - all freed, great job!

Thai Navy SEALs say all 12 boys and their coach rescued from cave, ending an ordeal that lasted more than 2 weeks, reports AP

11 out of Thai cave, hopes rise all will survive 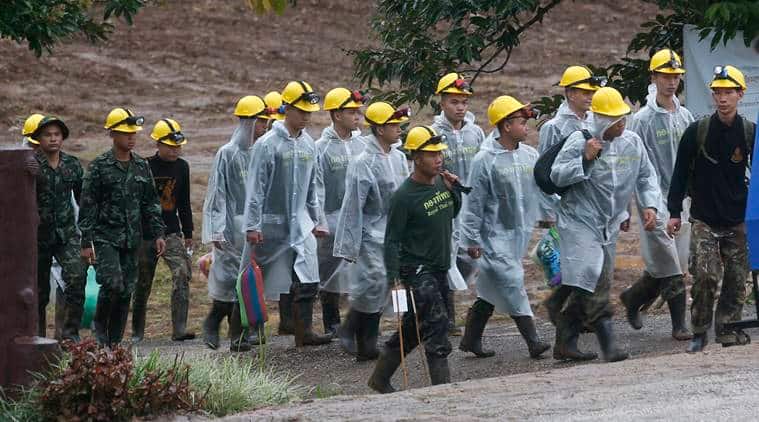 Thai Rescue chief told media that the ramaining will be extracted today itself. With oxygen levels in their chamber falling to dangerous levels and complete flooding of the cave system possible, rescuers pushed ahead with the least-worst option of having divers escort them out through the extremely narrow and water-filled tunnels. Positive medical reports on the rescued group further fuelled the sense of joy and optimism.

Following the news of soccer boys being trapped in the Thai cave for more than two weeks, the spot has become a major tourist attraction. Many wish to explore. "The cave has become of interest for both local and foreign travelers," Karuna Dechatiwong, Tourism Authority of Thailand director in Chiang Rai province, told media.

That Navy SEALS say eleventh boy has been rescued from the cave.   One more boy and the coach are still trapped inside the cave. The Thai rescuers seem to rescue the two soon ending the search operation.  British divers found the 13, huddled on a muddy bank in a partly flooded chamber several kilometres inside the complex on Monday last week.

Thailand’s prime minister assured that extra precautions will be implemented to safeguard tourists who want to visit a cave where 12 boys and their soccer coach were trapped for more than two weeks. Last week, the Tourism Authority of Thailand (TAT) said it planned to promote the Tham Luang cave as a tourist attraction after it featured so prominently in the news. Soon after the ambulance reached the #Thaicave site, the tenth person has been seen carried out of Thai cave on a stretcher, reported Reuters.  The boy has been transferred from the cave entrance to the field hospital.

The ninth kid has been rescued from the Thailand cave, reported news agency ANI.  Rescue operations continue to free the other three left inside the cave.

Meet one of the divers working to free the kids trapped

"No kid has cave dived like this before": Meet one of the divers working to free the boys trapped in a cave in Thailand #ThaiCaveRescue

Ninth boy to be out soon?

AP reports an ambulance has been seen leaving site of cave rescue effort in northern Thailand. However, there is no confirmation if any boy has been pulled out yet. Eight have been pulled out during the course of two days.

Saman Gunan, a former Thai navy diver, died while trying to place oxygen canisters along the route before the rescue mission began. His wife, Waleeporn Gunan, and his father, Wichai Gunan mourn the 'hero' diver while talking to the BBC

Saman Gunan's wife and father tell us about the man who died helping the 12 missing boys and their coach trapped in a cave in Thailand pic.twitter.com/CzFd61MXhM

Thank India for the caring messages for kids: Thai embassy

The Royal Thai Embassy has extended gratitude to the people of India for the messages that they have received for the children trapped in the cave. "The gesture that India has shown to us will not be forgotten," Apirat Sugondhabhirom, Minister & Deputy Chief of Mission, Royal Thai Embassy on ongoing rescue operation at Thai cave said, reported ANI.

Just got back from Cave 3

Billionaire Elon Musk who offered his help in the rescue mission landed in Thailand with the prototype mini-sub specially crafted for the construction. After garnering headlines with initial ideas of installing a giant air tube inside the cave complex and using his firm's penetrating radar to dig holes to reach the boys, Musk offered his idea for the mini-sub. He called it 'basically a tiny, kid-size submarine using the liquid oxygen transfer tube of (a) Falcon rocket as hull.' Musk said it was light enough to be carried by two divers, robust, and small enough to get through narrow gaps. The person inside need not swim or know how to use oxygen bottles. He posted a video of divers escorting the pod during testing in a Los Angeles swimming pool.

A Guardian report, suggests that the rescue chief dismissed Musk's idea. “Although his technology is good and sophisticated it’s not practical for this mission,” Narongsak Osatanakorn, the head of the joint command centre coordinating the operation said, the report added.

No kid has dived like this before, says diver involved in Thai cave rescue mission

Even as a massive operation is underway to rescue the remaining members of the Thai soccer team trapped in a flooded cave, a diver involved with the mission highlighted the risks involved in carrying out the rescue. “They are getting forced to do something that no kid has ever done before,” Ivan Karadzic, a diver involved with the rescue mission told BBC. “I cannot understand how cool these small kids are. Incredibly strong kids,” he said. Underscoring the danger behind the mission, Ivan Karadzic said, “They are diving in something considered an extremely hazardous environment.” Zero visibility and flooded caves added to the woes of the rescuers. “We had imagined all sorts of catastrophic situations – equipment breaking, children panicking,” he said, adding that the officials had backup options in mind in case anything falls apart. Watch video

The ordeal of the trapped children has drawn huge media attention to Thailand as the complicated operation unfolded amid heavy rain and the threat of rising water underground. Thirteen foreign divers and five members of Thailand's navy SEAL unit are guiding the boys to safety. While four boys were pulled out on Sunday, another four were rescued on Monday.

The death Friday of a former Thai navy SEAL, Saman Gunan, underscored the risks. The diver, the first fatality of the rescue effort, was working in a volunteer capacity and died on a mission to place oxygen canisters along the route. After the four boys were removed from the cave, heavy rain started falling. The potential for rising water and the dwindling oxygen levels added to the urgency of getting the team out. Efforts to pump water out of the cave have been set back by heavy downpours.