“The terrorist group had already been growing stronger much before the situation in Afghanistan with splinter groups merging over the past year or so.” 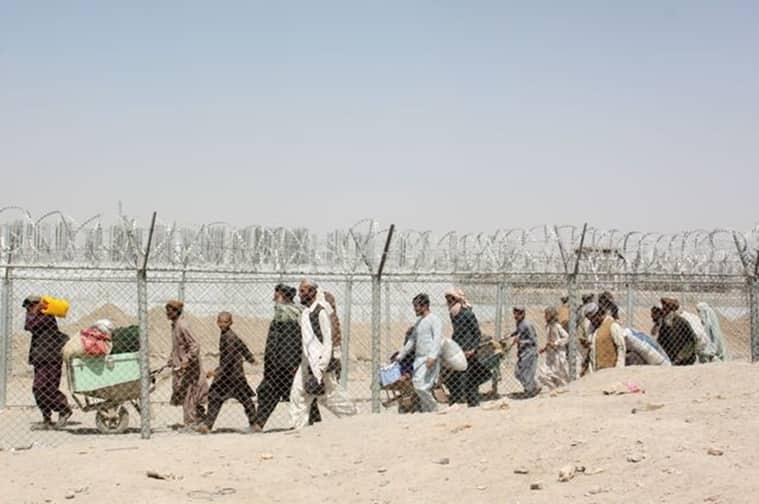 People arriving from Afghanistan cross the fence at the Friendship Gate crossing point, in the Pakistan-Afghanistan border town of Chaman, Pakistan August 18, 2021. REUTERS

Deadly terrorist attacks in Pakistan have increased to the highest level in over four years as U.S. troops left Afghanistan and the Taliban took power, a sign of growing instability in the region that could hurt business and investments.

Pakistan has seen 35 attacks that left at least 52 civilians dead in August, the highest since February 2017, according to data compiled by the South Asia Terrorism Portal. Most of the violence has been attributed to Tehreek-e-Taliban Pakistan, an offshoot of the Afghan militant group that has been encouraged by developments next door.

The Pakistani militant group “has been emboldened further by what happened in Afghanistan,” Umar Karim, a visiting fellow at the London-based Royal United Services Institute, said over the phone. “The terrorist group had already been growing stronger much before the situation in Afghanistan with splinter groups merging over the past year or so.”

Opinion |‘What future do I have in Afghanistan now?’

With the Taliban in control of Afghanistan, there are concerns in Islamabad that a spillover in terror activities could affect investments, including China’s Belt and Road Initiative that has seen $25 billion poured into power plants and road projects. Pakistan is already facing pressure from Beijing who called on the government to protect such projects after a bus explosion in July killed 12 workers, including nine Chinese citizens.

Subscriber Only Stories
View All
Delhi confidential: Focus On Projects
January 30, 1982, Forty Years Ago: New Union cabinet
The Indus Waters Treaty threatens to become another pressure point in Ind...
At the end of the Bharat Jodo Yatra
Apply New Year promo code SD25
Afghan women stand outside their tents in an open area on the outskirts of Chaman, a border town in the Pakistan’s southwestern Baluchistan province, Wednesday, Sept.1, 2021. (AP Photo)

The growing instability and increased risk in the region have already prompted at least one foreign investor to hold back on acquiring a Pakistani company, according to two people familiar with the matter who asked not to be named, citing the private nature of the information.

Pakistan is not talking about it openly, but it’s concerned about the re-emerging threat of the Pakistan Taliban, which had been crushed by a combination of U.S. drone strikes and domestic military operations, said Asfandyar Mir, a senior expert at the United States Institute of Peace.

Pakistan’s state information minister Farrukh Habib did not respond to a request for a comment.

Part of Pakistan’s worries stem from the fact that many militants wanted by its government have been freed from jails in Afghanistan when the Taliban swept to power. The Afghan militant group has assured Islamabad that their soil won’t be used as a terror base but that’s not been the case so far.

Militants firing from Afghanistan killed two Pakistani soldiers last month in a clash which left many injured. Another seven soldiers died in September when the army attacked terrorists in South Waziristan, according to a statement sent by the army’s media wing.