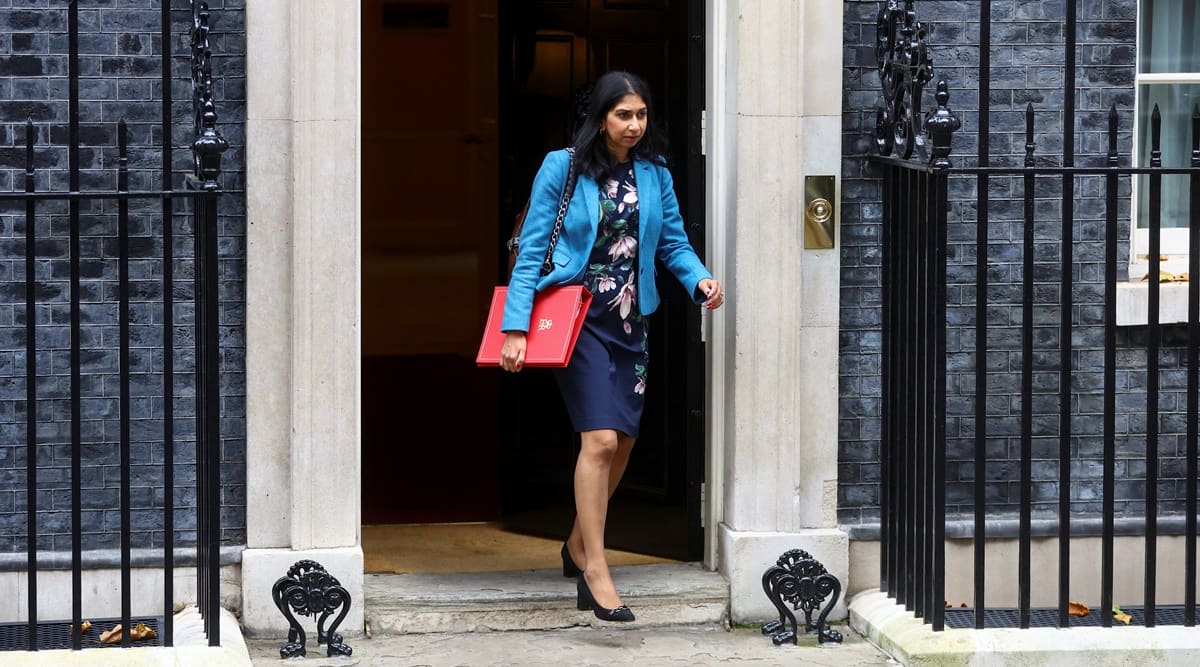 British Secretary of State for the Home Department Suella Braverman exits Number 10 Downing Street on the day of a cabinet meeting, in London, Britain, October 26, 2022. (REUTERS)

“The home secretary made an error of judgment but she recognised that she raised the matter and she accepted her mistake,” The Guardian quoted Sunak as saying while replying to Prime Minister Questions (PMQs) in his first official appearance as the PM in British Parliament.

Last week, Indian-origin Braverman was removed from the coveted post as she sent the official document from her personal email to a parliamentary colleague which was a technical breach of government rules.

During the PMQs, Labour leader Sir Keir Starmer stated that Sunak appointed a home secretary who was sacked by his predecessor a week ago for deliberately pinging around sensitive Home Office documents from her personal account.

Braverman, the 42-year-old Conservative leader, had caught the headlines earlier this month with her comments about Indian migrants. In an interview to The Spectator magazine, Braverman said she feared a trade deal with India would increase migration to the UK when Indians already represented “the largest group of people who overstay”.

“I have concerns about having an open borders migration policy with India because I don’t think that’s what people voted for with Brexit,” Braverman said.

Later, in an apparent course correction, she said “the story of India and the story of the UK are so intimately linked that they are to a great extent the same story.”

Earlier in June, in an interview to The Telegraph, Braverman had said she was “proud of the British Empire”, and that she was “informed by the experience of my parents.”

She said her parents “were born under the British Empire in the 1940s, and they have nothing but good things to tell me about the mother country”.

Braverman added that this was “not to deny the awful things as well that went on because of the time period and cultural norms at that time”.