Sri Lanka’s former PM has a message for President Gotabaya Rajapaksa: Quit or explain why you won’t

Speaking to The Indian Express, Wickremesinghe also said that to tide over the current food shortage, Sri Lanka must tap its friends in South Asia — India, Pakistan and Bangladesh — to “borrow” foodgrains that could be returned after two or three years. Protesters on the streets of Colombo on Monday. (Express Photo)

AS SRI Lanka’s political vacuum extended into its tenth day, and protesters demanding the resignation of the Rajapaksa family pitched tents near the presidential office on the main seafront, the country’s former prime minister Ranil Wickremesinghe summed up the way forward in one line: President Gotabaya Rajapaksa must resign or explain to the people why he won’t.

Speaking to The Indian Express, Wickremesinghe also said that to tide over the current food shortage, Sri Lanka must tap its friends in South Asia — India, Pakistan and Bangladesh — to “borrow” foodgrains that could be returned after two or three years.

Must Read |To India from angry street: Thank you, help us, not our government

He also suggested that a consortium of India, Japan, China, South Korea and the EU could help Sri Lanka until negotiations with the IMF are concluded and the implementation of a bailout begins. He flagged that Indian credit lines for fuel and food would run out by May, and Sri Lanka had to take steps right now to prevent the crisis from overtaking the country.

“He (Gotabaya) has been elected by the people. Even the Parliament can’t force him to resign. So it’s up to him to decide. And he has told me he’s not resigning. In which case, I told him, you have to explain to the people what you’re willing to do and why you are not resigning,” Wickremesinghe, who was prime minister of Sri Lanka from 2015 to 2019, said.

“Either he has to step down or win back the confidence of the people,” he said, describing the protests as Sri Lanka’s “Arab Spring” moment, with the country’s youth becoming the symbol of discontent among a cross-section of people from farmers in rural areas to the elite in Colombo. 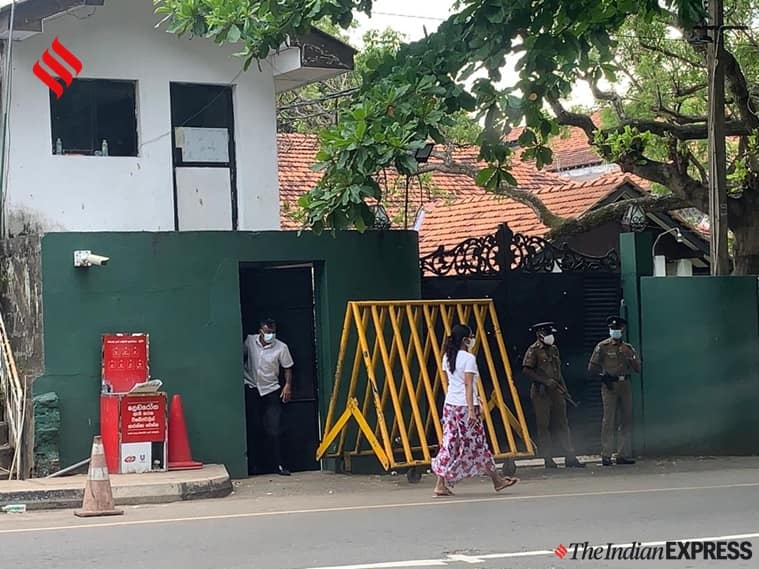 A woman walks by the Rajapaksa residence in Tangalle, Sri Lanka. (Express Photo by Nirupama Subramanian)

Responding to the fact that the Arab Spring did not end well in many of the countries that were swept by it, he said: “I do not think the military will come out here against the people, because they are affected by the same issues as the people. But we have to avoid an Arab Spring ending.”

At the moment, there is a political vacuum in Sri Lanka’s government. President Gotabaya has been attempting to stabilise his government since last week, when all his ministers handed in their resignations to give him a free hand to form a new Cabinet.

Advertisement
Also read |Anger in Mahinda Rajapaksa stronghold: Voted for them, see what they did

Gotabaya had hoped that this would placate the protesters. Three times last week, there were rumours that a new Cabinet would be sworn in. But it did not happen. It appears that few in the Rajapaksa camp want to be visible and tasked with resolving a difficult crisis. And the street seems to be in no mood to accept cosmetic changes. As one protest placard put it: “Resign, not reassign.” 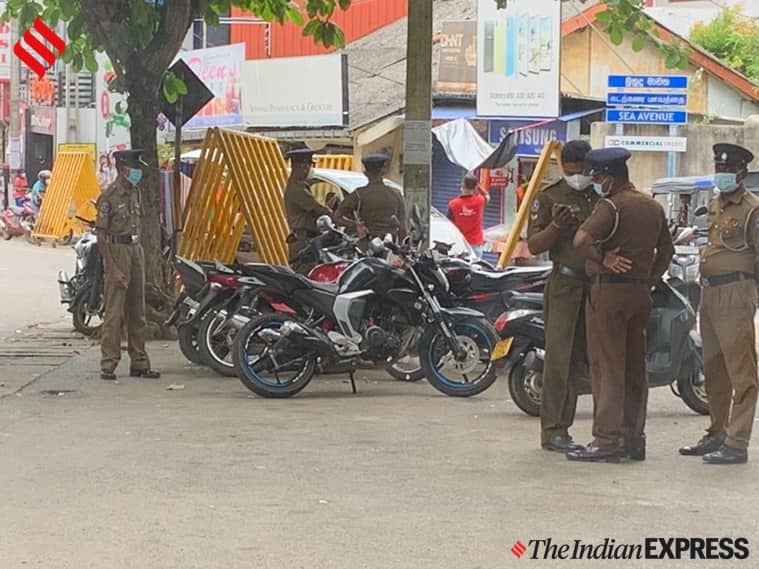 Ali Sabri, who was appointed Finance Minister the day after he resigned as Justice Minister on April 4, put in his papers again, but the President did not accept the resignation. He remains the Finance Minister.

Prime Minister Mahinda Rajapaksa, who has a wafer thin majority in Parliament, issued a desperate appeal for the protesters to return home in an address to the nation on Monday. But while there has been talk of a no-confidence motion, the many parties and a set of MPs who have broken away, have not taken any concrete steps towards finalising their next steps.

Wickremesinghe denied rumours that he had been offered the prime ministership by the Rajapaksas. Among Colombo’s political elite, there is nostalgia for the promise held out by the 2015-2019 United National Front for Good Governance — a coalition between Wickrermesinghe and then President Maithripala Sirisena — but that remained unfulfilled.

“I’ve not been asked, and even if I were, I would stay out, because what can I do? I am a party of one (as the only member of his party UNP in Parliament). How can you run the administration? Parliament means you must have support, and numbers. Only the party with the largest numbers forms the government,” he said, adding, however, that he had advised the government on how to mitigate the food crisis.

He said he made three proposals at a recent all-party conference in Parliament.

“We are running out of time, we are running out of fuel, we are running out of food. So while you wait for discussions to start with IMF, speak to the World Bank and ADB, and see what short-term assistance you can get. Secondly, until the IMF talks are over, and implementation is done, we won’t get our orders. So have a consortium, India, Japan, China, South Korea, EU, to see how they can help us. And thirdly, to address the food shortage, have arrangements with the South Asian countries — India, Pakistan, Bangladesh — to borrow food, and then repay them in two or three years,” he said.

“China also has some surplus stocks and there are other places, Indonesia, Thailand and Myanmar, we have to see, but start working with South Asia,” he said.

Wickremesinghe said India had been generous with its assistance. “India has done more than enough. They’ve given us $ 1.5 billion. They have never given that kind of assistance to any other country in the neighbourhood. So we have to be thankful for that. But that will be over, fuel (credit line) will be over by mid-May. The other goods, and rice, will all be over. Then what do we do?” he said.

Wickremesinghe also dismissed as “not the immediate priority” the abolition of Sri Lanka’s powerful executive presidency, as proposed by Leader of the Opposition Sajith Premadasa, who broke away from the UNP to form his Samagi Jana Balawegaya (SJB).

“The priorities are first food and the political establishment, working with the youth and winning their confidence and meeting their demands. Without that , you can’t handle any of the issues. This (talk about abolition of executive presidency) is more of a reaction by people in the political sphere. But remember, this requires a two-thirds majority. We haven’t got a two-thirds majority in parliament. That’s the first first issue. Secondly, it takes time, and we haven’t got that much time — the bigger issues will blow up before that,” he said.