Rajapaksa's successor Maithripala Sirisena's government suspended the project citing irregularities but under pressure from the Chinese, the go-ahead for the project was given in 2016. 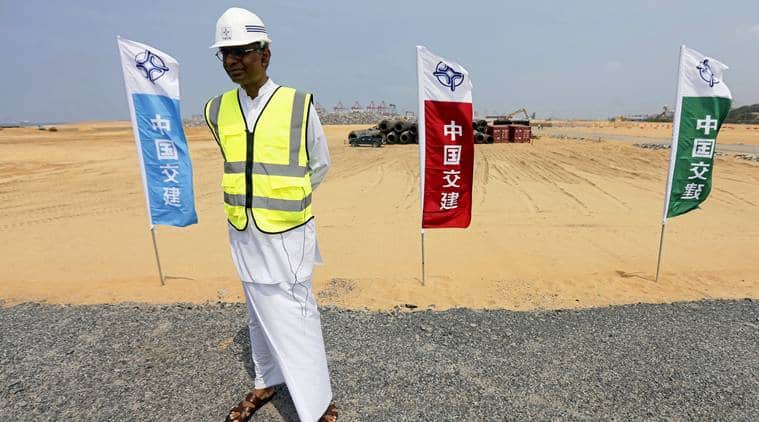 The $1.4 billion Chinese port city in the heart of the Sri Lankan capital would be complete by mid 2019, Megapolis Development Minister Champika Ranawaka said today. The ‘Colombo Port City’ will be built on the sea reclamation of 269 acres, 62 acres of which will belong to the government of Sri Lanka while the Chinese would hold on lease 116 hectares, the rest will be common public facility areas, Ranawaka said.

“This will be a new financial and commercial center in the Indian Ocean”, Ranawaka said on the project based on a deal between the Chinese and former Sri Lankan regime of President Mahinda Rajapaksa. “Reclamation of 50 per cent of the land is now complete. The work will finish in 2019,” he said. There will be a new company managing the city in addition to the Colombo Municipal Council, Ranawaka said.

Rajapaksa’s successor Maithripala Sirisena’s government suspended the project citing irregularities but under pressure from the Chinese, the go-ahead for the project was given in 2016. “We have given a new direction to the project. The previous plan was only to have motor races and casinos there,” Ranawaka said, adding that by contrast it will be a financial city.

Invested and developed by the China Communications Construction Company Limited (CCCC), Colombo Port City is the largest project between China and Sri Lanka under the China-proposed Belt and Road Initiative, especially the 21st Century Maritime Silk Road. China had claimed that the construction of the port city will also create job opportunities for the locals, with a total of 83,000 jobs expected in the 20 years from implementation to completion of the project. The Silk Road Economic Belt and the 21st Century Maritime Silk Road, known as Belt and Road Initiative, were proposed in 2013 with the aim of building a trade and infrastructure network connecting Asia with Europe and Africa along the ancient trade routes.

Cash-rich China has invested millions of dollars in Sri Lanka’s infrastructure since the end of a brutal civil war eith the LTTE in 2009. India has expressed concern on the Chinese port city in Colombo as it will be seen as an important hub on China’s ‘Belt and Road’ concept.