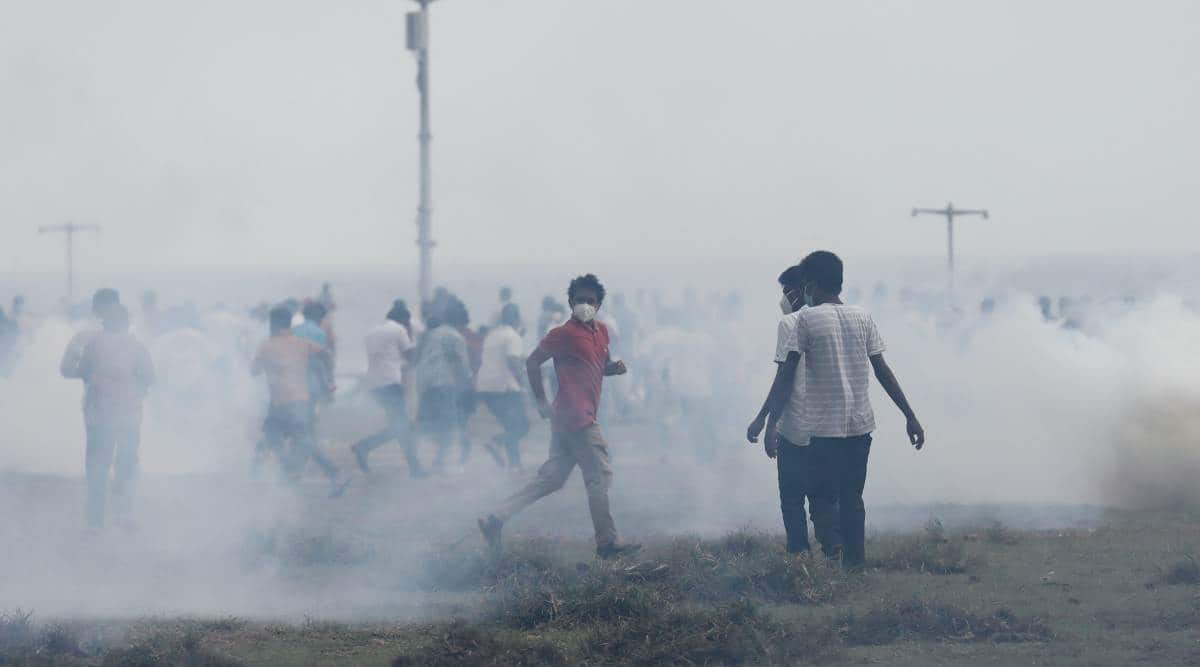 Mahinda Rajapaksa resigned as Sri Lanka’s prime minister following weeks of protests demanding that he and his brother, the country’s President Gotabaya Rajapaksa, step down over the nation’s worst economic crisis in decades.

Mahinda Rajapaksa said on Twitter that he submitted his resignation to President Gotabaya Rajapaksa, a move that followed a violent attack by government supporters on the protesters, following which armed troops were deployed in Colombo. The deployment came after violence was reported in many parts of the country, with a nationwide curfew being imposed till Wednesday, on top of the state of emergency that the President had declared last week.

Here are the top 10 updates on the Sri Lanka economic crisis today:

➡️ Mahinda’s resignation came hours after his supporters attacked anti-regime protesters outside President Gotabaya’s office, leaving around 173 people injured and triggering widespread violence against pro-Rajapaksa politicians. At least nine people were taken to Colombo’s National Hospital for treatment relating to injuries or tear gas inhalation, a hospital official said, declining to be identified. As many as 200 people were injured throughout the day. At least five people, including a ruling party MP Amarakeerthi Athukorale, were killed in the subsequent violence witnessed in various parts of the country.

➡️ Mahinda Rajapaksa’s supporters on Monday attacked protesters who had been demonstrating outside the prime minister’s official residence for weeks, hitting them with wooden and iron poles. They then marched to the president’s office, where they also attacked protesters and set their camps on fire. Police fired tear gas and a water cannon, but not forcefully enough to control the mob. Sri Lankan media also reported that a fire broke out near the back gate of Temple Trees, the official residence of the Sri Lankan Prime Minister.

➡️ Athukorale and his bodyguard were killed in Nittambuwa, some 30 kilometres (20 miles) north of Colombo, after the car they were travelling in was intercepted by an angry crowd, a police spokesman said. Athukorale or his bodyguard had fired gunshots at the protesters, who chased them and trapped them inside a building where their badly beaten bodies were recovered by police several hours later, the spokesman said. Three people were hospitalised with gunshot wounds from the shots fired from the lawmaker’s vehicle, he said.

➡️ The ancestral home of the Rajapaksas in Hambantota was set on fire by a group of anti-government protesters, hours after Mahinda’s resignation. Video footage showed the entire house of Mahinda Rajapaksa and his younger brother and President Gotabaya Rajapaksa in Medamulana in Hambantota city burning as protesters hooted away, the Daily Mirror reported.

➡️ Several properties of ministers and lawmakers of the ruling coalition were also destroyed by the protesters. Protesters also attacked the house of Badulla District parliamentarian Tissa Kuttiarachch and later set it on fire. The house of Puttalam MP Santha Nishantha was completely destroyed due to an arson attack. The offices of former minister Johnston Fernando were attacked by angry crowds in Kurunegala and Lillie Street. A tavern owned by him was set on fire.

➡️ Two people were killed and nine others injured in a shooting at the residence of the Chairman of the Weeraketiya Pradeshiya Sabha.

➡️ The US condemned the violence while also expressing concern about the emergency declaration, which it said can be used to curb dissent. “We urge the government to work quickly to identify and implement solutions to achieve long-term economic stability and address the Sri Lankan people’s discontent over the worsening economic conditions including power, food and medicine shortages as well,” State Department spokesman Ned Price told reporters in Washington. The US State Department also urged Sri Lankans to focus on finding “long-term solutions to the country’s economic and political challenges”.

➡️ The European Union and British minister Lord Tariq Ahmad of Wimbledon condemned Monday’s violence and called on the government to bring those who instigated the violence to justice.

➡️ Imports of everything from milk to fuel have plunged, spawning dire food shortages and rolling power cuts. People have been forced to stand in lines for hours to buy essentials. Doctors have warned of crippling shortages of life-saving drugs in hospitals, and the government has suspended payments on $7 billion in foreign debt due this year alone.