Resolution of Lankan crisis a reflection of political maturity: India

"India remains committed to taking forward its people-oriented development projects in Sri Lanka. We are confident that India-Sri Lanka relations will continue to move on an upward trajectory," the MEA said. 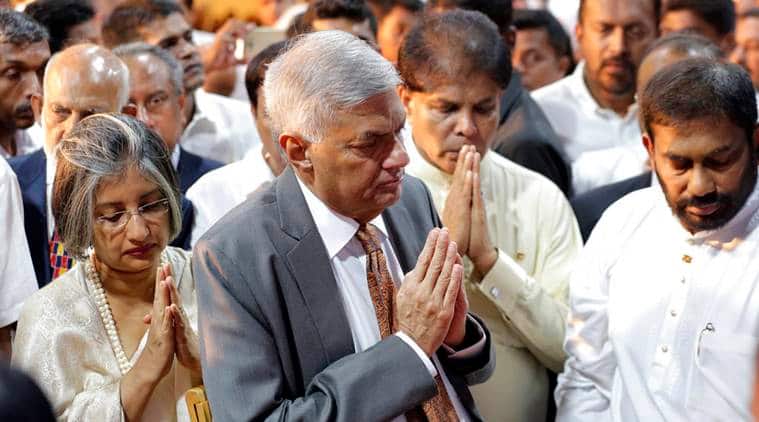 Hours after Ranil Wickremesinghe was reinstated as Sri Lankan Prime Minister on Sunday, following weeks-long political crisis in the island nation, India said the resolution of the impasse was a reflection of the maturity demonstrated by all political forces. Minister of External Affairs spokesperson Raveesh Kumar also exuded confidence that following the resolution of the crisis, the relation between the two countries would continue to move on in an upward trajectory.

“India remains committed to taking forward its people-oriented development projects in Sri Lanka. We are confident that India-Sri Lanka relations will continue to move on an upward trajectory,” he said.

The MEA reaction came hours after Wickremesinghe was sworn in as Sri Lankan PM by President Mathripala Sirisena, who had sacked him on October 26 and installed former strongman Mahinda Rajapaksa in his place. A new cabinet under Sirisena and Wickremesinghe is expected to be sworn in on Monday.

“As a close neighbour and true friend, India welcomes the resolution of the political situation in Sri Lanka. It’s a reflection of the maturity demonstrated by all political forces, and also of the resilience of Sri Lankan democracy and its institutions,” Kumar further said.

Rajapaksa resigned on Saturday as PM after the Supreme Court declared that the dissolution of Parliament by Sirisena was “illegal”. The apex court on Friday also refused to stay a court order restraining Rajapaksa from holding the office of PM until it fully heard the case next month.

Following Wickremesinghe’s swearing-in, his supporters took to streets to celebrate the move. The new Cabinet is expected to be limited to 30 and will include a few Sri Lanka Freedom Party (SLFP) members who have offered support to Wickremesinghe.

Earlier, Wickremesinghe’s party said it was ready to work with Sirisena, saying the president was “misled by some groups” against the unity government.