The Southeast Asian city-state expects to have fully vaccinated 80% of its population by then, placing the nation in a solid position to move forward with reopening, Finance Minister Lawrence Wong told Parliament on Monday. 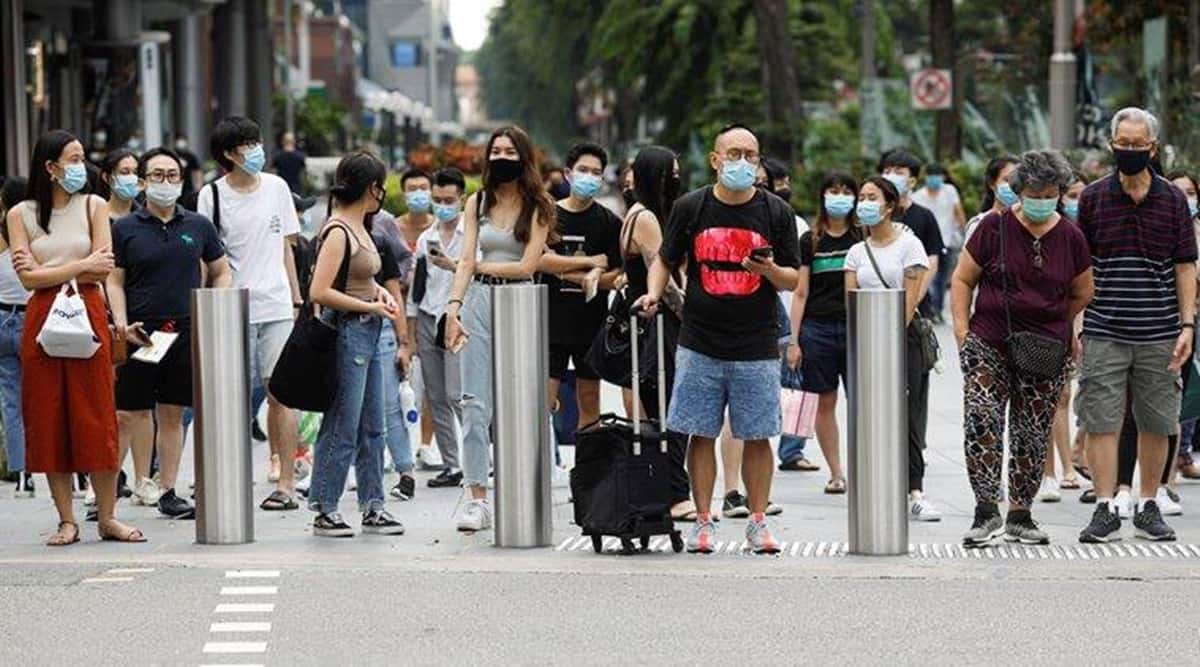 Singapore aims to relax more virus curbs, including starting to allow quarantine-free travel in September, marking the first time it’s set out a timeline to reopen borders that have been mostly shut for more than a year.

The Southeast Asian city-state expects to have fully vaccinated 80% of its population by then, placing the nation in a solid position to move forward with reopening, Finance Minister Lawrence Wong told Parliament on Monday.

Wong’s comments sent shares of flagship carrier Singapore Airlines Ltd. and airport ground-handler SATS Ltd. spiking. SIA shares rose as much as 2.2% while SATS climbed as much as 2.3%, even as the benchmark Straits Times Index slipped.

The higher inoculation rate will allow authorities to ease measures, including allowing larger gatherings of fully vaccinated people. The country will also be able to start reopening borders and establishing travel corridors with other countries or regions that have infections under control. Wong’s comments come as other ministers also reiterated on Monday a pledge to push ahead with reopening despite recent setbacks.

“While other countries may have come to terms with a certain level of Covid -19 cases and even deaths, this is not the choice we want to make in Singapore,” Wong said, explaining restrictions that were reimposed last week. “At the same time, there is no need to wait for everyone to be vaccinated before we begin to open up. That would mean holding back the entire reopening timeline until much later in the year, which is not tenable.”

If Singapore hits its vaccination target, it could stake a claim as arguably the world’s best-vaccinated financial capital. Already, the city-state has given at least one dose to about 75% of the population, which ranks eighth on the Bloomberg global vaccine tracker overall among economies tracked and best in the world among countries with more than 5 million people.

One of the world’s success stories in containing the virus, Singapore suffered a setback in mid-July after infections spread in karaoke lounges and a fishery port that supplies produce to markets all over the island. More than 1,000 people have been infected in the clusters, and the city set a daily record of local virus cases.

“The answer is a clear no. We are determined to get to our destination of being a Covid-resilient Singapore. But our journey must take into account public health realities,” Trade and Industry Minister Gan Kim Yong said in a separate speech. “Sometimes, we may need to take a detour if we see hazards ahead. This way we can ensure that we will get to our final destination safely, even though it may take a little longer.”

Authorities will review existing virus curbs in early August based on factors such as the overall infection rate. A positive outcome will allow the government to ease some of the measures — but only for vaccinated people, Wong said.

Once key inoculation levels have been reached, Wong said, fully vaccinated people may be able to travel without serving a 14-day hotel quarantine on their return. Depending on the risk level of the countries visited, quarantine can be replaced with a rigorous testing regime, or the quarantine can be shortened to seven days and served at home. Unvaccinated individuals can also travel, but will have to quarantine.

Gan added that if the incidence of severe illness from Covid-19 remains low despite clusters emerging occasionally, practically all social and workplace restrictions can be lifted under this endemic stage. Indoor mask-wearing may still be a way of life however, the ministers cautioned.

Health Minister Ong Ye Kung told Parliament that Singapore is already shifting parts of its approach to live with the virus, and having 200 or more cases a day may not be unusual in a situation where the virus is considered endemic.

More infected patients who show no or mild symptoms can now be housed in community-care facilities rather than hospitals, he said. That has already been the case for patients aged 17-45, and authorities will expand the bracket to age 59, he said.

That means that as many as 60% of infected cases may recover in community-care facilities. The government aims to raise the number to 80%, with some patients even recovering at home, he said.

Although Singapore is proceeding with progressive easing of virus curbs, Wong cautioned that it may have to dial back on its measures if the situation worsens.

“At each stage of easing we will monitor the health outcomes, especially the hospitalization and intensive care unit cases closely,” Wong said. “We will ensure that these remain acceptable and stable, before we proceed to the next step. But if hospitalization cases — or worse, severe illnesses — were to shoot up, we will have to be prepared to slow down, or even pull back.”