UK Prime Minister Rishi Sunak suffered a blow to his authority as he struggled to quell Conservative rebellions on multiple policy fronts, and his downcast Members of Parliament threatened an exodus from Westminster ahead of the next election. 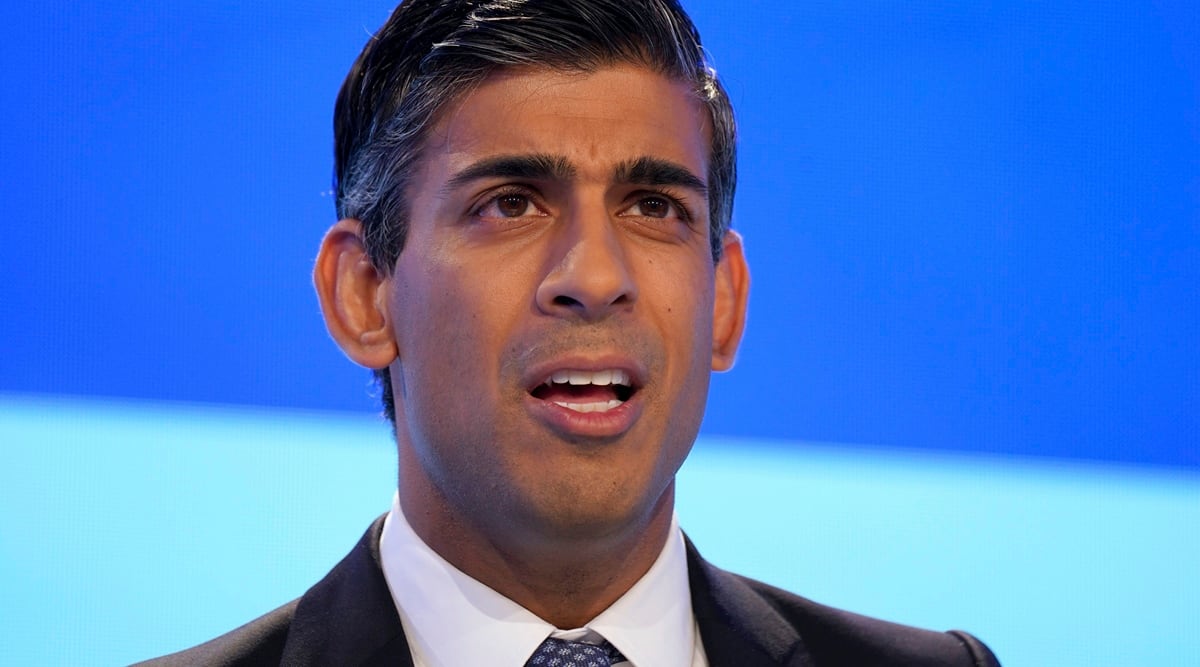 Britain's Prime Minister Rishi Sunak’s administration is in danger of faltering on both its policy program and its ability to retain key Tory personnel. (Jacob King/PA via AP)

UK Prime Minister Rishi Sunak suffered a blow to his authority as he struggled to quell Conservative rebellions on multiple policy fronts, and his downcast Members of Parliament threatened an exodus from Westminster ahead of the next election.

Just four weeks after entering No. 10 Downing Street promising “stability and unity,” Sunak’s administration is in danger of faltering on both its policy program and its ability to retain key Tory personnel amid a grim UK economic outlook, dire opinion polls and a string of ministerial scandals.

On Tuesday evening, Sunak was forced to pull a vote on major housebuilding plans due next week, after some 47 Tory backbenchers signed an amendment that threatened to defeat the government.

Planning and housebuilding have long been a point of friction in the party, with rebel MPs concerned about a backlash from local communities in their traditionally leafy, rural areas.

Sunak’s decision to run away from the vote rather than take on the rebels — despite housebuilding being a key Conservative manifesto commitment — suggests Downing Street is unable to pass key elements of its policy agenda, even with a working majority of 67.

Salma Shah, a former Tory special adviser, warned: “Planning reform is a perennial problem for the Conservative Party as Rishi Sunak is discovering. He must have a housing offer for young people to win the next election, but with mutinous MPs worried about their own seats he will find it practically impossible to find a compromise.”

Housebuilding is the second significant policy blow-up within the government this week. Conservative Brexiteers threatened another mutiny when the Sunday Times reported that Sunak was considering a closer so-called “Swiss-style” trading arrangement with the European Union.

Sunak denied the reports, but senior government figures confirmed Chancellor of the Exchequer Jeremy Hunt had privately spoken of his hope for closer ties with Brussels. Sunak’s rejection of that approach was seen as a slap-down of his chancellor, in the first sign of tensions at the top of the government. The reopening of the Brexit conversation is perilous for a party that has been plagued by splits on Europe for decades.

British Chancellor of the Exchequer Jeremy Hunt speaks during an interview with television correspondent Robert Peston outside the BBC headquarters, in London, Britain. (Reuters, file)

Sunak and Hunt are also under fire from the Tory right over last week’s Autumn Statement, with some MPs unhappy at looming tax rises. Former Cabinet minister Esther McVey wrote on the ConservativeHome website on Tuesday that the government’s economic plans were “punishing voters,” suggesting she could vote against them.

Sunak inherits a Tory party that is some 20 points behind the Labour opposition in the polls following the implosions of the Boris Johnson and Liz Truss premierships. Their bleak electoral prospects have come into focus again after two young Tory MPs announced they would quit Parliament at the next election.

Chloe Smith, a 40-year-old former Cabinet minister in the Truss government, said “it was the right time to step back, for me and my young family.” William Wragg, who is 34, also said he would not stand again. Bloomberg reported at the weekend that many Tory MPs are resigned to their fate and already planning their next careers.

There is no greater sacrifice than that of those who lay down their lives in service of their country.

So during this year’s #PoppyAppeal, please give generously to honour our veterans – past and present – and those who continue to protect us today. pic.twitter.com/3pEDk3ZU2g

Sunak also faces potential crunch points coming up over two senior members of his Cabinet who have become embroiled in rows about their conduct.

Downing Street could appoint an independent figure to investigate formal bullying complaints made against Deputy Prime Minister Dominic Raab as soon as Wednesday. The Guardian reported that multiple formal complaints had now been filed by civil servants about his behaviour. Raab denies the bullying allegations.

The bleak winter ahead was compounded when the RMT union announced a series of rail strike dates around the Christmas period. Tory MPs are worried that the nation could be hit with a wave of industrial action after National Health Service nurses also voted for their biggest strike in a century over pay.

Addressing a meeting of his Cabinet on Tuesday morning, Sunak warned the country faced a “challenging period” in the coming months, according to a readout provided by Downing Street. Health Secretary Steve Barclay revealed the extent of the NHS backlog, with 400,000 people still waiting for more than 52 weeks for an operation, compared to 1,600 pre-pandemic.

The government “had a clear plan to get through the winter months” and “help the UK further recover from the global challenges it faces,” Downing Street said.