Developing country negotiators lamented the fact that the United States, which has decided to pull out the Paris Agreement, was continuing to block any meaningful breakthrough on these issues and that other developed countries were not helping matters either. 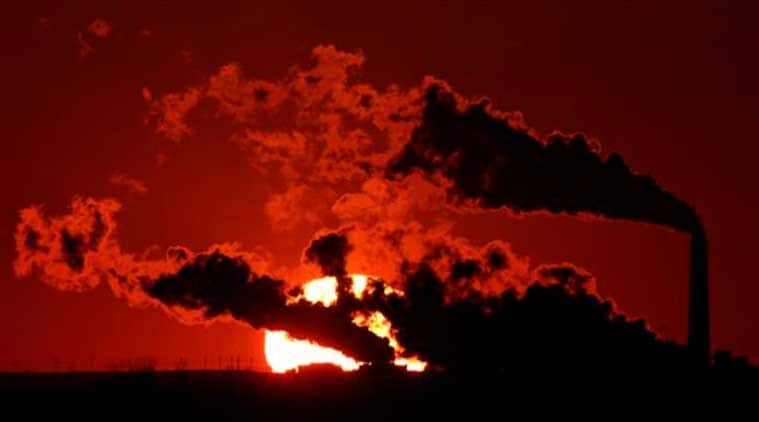 One major disappointment has been over the lack of any headway on issues related to finance, particularly that meant for loss and damages.

With more than half the schedule of climate change conference already over, frustration was beginning to show at the lack of progress on any of the key issues under discussion, including the issues of finance, loss and damage, and ‘pre-2020 actions’. Developing country negotiators lamented the fact that the United States, which has decided to pull out the Paris Agreement, was continuing to block any meaningful breakthrough on these issues and that other developed countries were not helping matters either.

“Other developed countries are hiding behind the United States on loss and damage and finance issues. And, I think they need to be called out on this. They need to be asked whether they would side with (US President) Donald Trump or with the vulnerable countries of the world and meet their responsibilities,” Alden Meyer, director of strategy and policy at the Union of Concerned Scientists, said, echoing what many country negotiators were saying off the record.

A demand from the developing countries, asking for inclusion of ‘pre-2020 actions’ — a reference mainly to the obligations of the developed countries under the 1997 Kyoto Protocol that has still three years to run — in the official agenda of the negotiations has still not been decided on, despite the expiry of two deadlines. The matter was to be decided on Saturday and then on Monday, but till evening on Monday consultations with various country groups was still continuing.

“Informal meetings (on ‘pre-2020 actions’) have been happening throughout the day. I am not sure whether there will be an outcome in the form of any decision by the end of the day today. Things are moving slowly, and there is hardly any significant progress on any important issue till now. But this is not the first time this is happening. We have seen such things at previous conferences as well. There are still four days to go and a lot happens on the last days,” an Indian negotiator said.

One major disappointment has been over the lack of any headway on issues related to finance, particularly that meant for loss and damages. Developing countries, especially the smaller island nations which also happen to be the most vulnerable to the impacts of climate change, have been demanding the setting up of mechanisms through which then can access financial help in the event of destruction caused by extreme weather events. This financial help needs to be in addition to the US$ 100 billion that the developed countries are obligated to provide every year from 2020 to help developing countries deal with climate change.

One of the options being discussed is to raise money through taxes on fossil fuel industry. “Countries are looking for money that is additional to the US$ 100 billion, because loss and damage is additional to the mitigation and adaptation needs. The US$ 100 billion was agreed upon long before the issue of loss and damages became part of discussions at these negotiations. The kind of money we are looking at … has to come by levying taxes on fossil fuel industry that has caused climate change in the first place,” Mohamed Adow, International Climate Lead at Christian Aid, said.

But the developed countries, mainly the US, have not been quite agreed to look at this, suggesting instead that insurance might be a good way to deal with the problem. “On loss and damage and finance, they (the US) have been taking a pretty hard line and that has started to cause some real anger,” Meyers said.

Even on the US$ 100 billion commitment, the demand that developed countries spell out the roadmap and enhance the proportion of public finance in their contributions, has largely been stonewalled. “Developed countries have not come prepared to put any new money on the table or make new pledges. So we are not expecting any strong outcome on this. The best we can hope for, we think, is to get some assurance that next year they will demonstrate stronger commitment,” Tracy Carty of Oxfam said.

The Trump administration, which has already become one of the biggest villains in the climate change circles by deciding to pull the United States out of the Paris Agreement, has not many efforts to win friends here. Late on Monday evening, the US delegation organised an event on cleaner fossil fuels, which many have seen as an attempt to justify Trump administration’s efforts to promote coal in the US.