Azam Swati was taken into custody by the Federal Investigation Agency (FIA) for the second time in less than two months for tweets against army leaders. 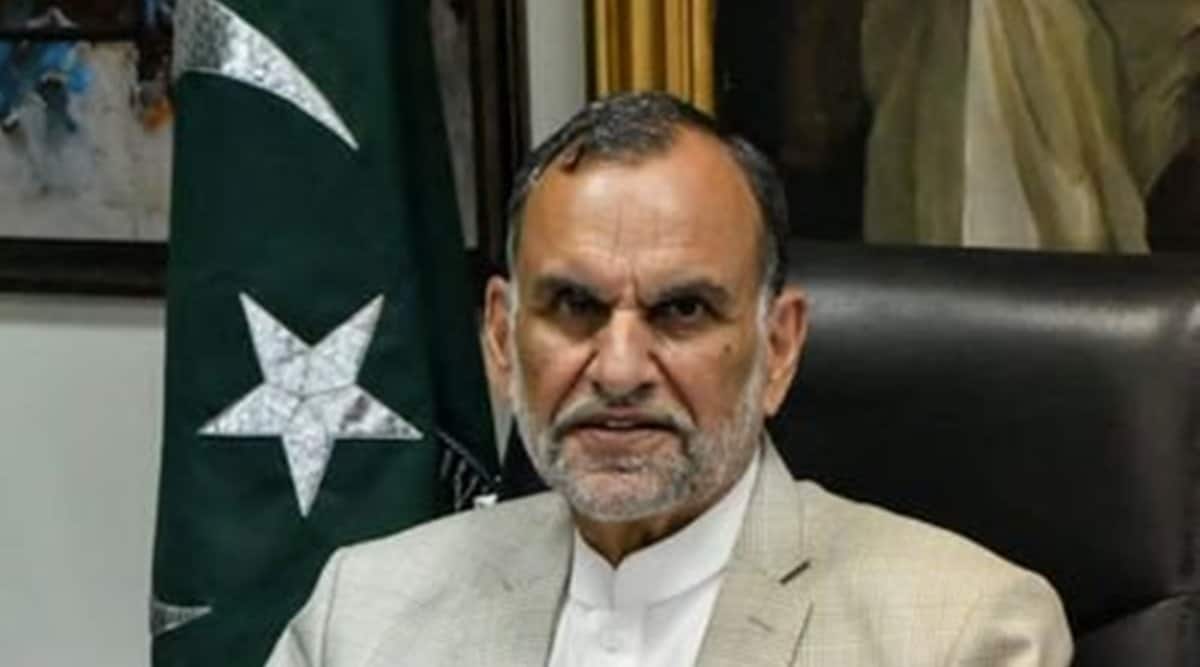 Azam Swati was taken into custody by the Federal Investigation Agency (FIA) for the second time in less than two months for tweets against army leaders. He was previously arrested by the FIA in October.

A first information (FIR) report was registered under Prevention of Electronic Crime Act 2016 (Peca) by the FIA on the complaint of the state through Islamabad Cyber Crime Reporting Centre (CCRC) Technical Assistant Aneesur Rehman.

Swati on November 26 tweeted that he would go after a senior military official at every forum, the FIR stated. On November 19, @Azaadi99 shared a tweet which held generals responsible for the country’s destruction to which Swati replied with “thank you”.
Further, @Wolf1Ak on November 24 stated that “tabdeeli” had to begin by clearing the filth of the “corrupt generals” from the institution, to which Swati again replied with “thank you”.

The complaint said on Nov 24, @HaqeeqatTV_20 tweeted about outgoing General Qamar Javed Bajwa and the senator responded to it “with strong language”.

The FIR said such “intimidating tweets of blaming and naming” were a “mischievous act of subversion to create a rift between personnel of armed forces to harm the state of Pakistan”.

The FIR said through the offensive tweets as well as the comments on instigating tweets, the accused attempted to seduce army personnel from their allegiance from their duties as subordinates, adding that this was a “calculated and repeated attempt” by Swati.

The FIR noted that a similar complaint had been filed against the senator in the past, adding that Swati attempted to “provoke” the general public and personnel of armed forces by trying to create “a feeling of ill-will among the pillars of the state”.
Swati “violated the privacy and intimated by using false information” which was likely to incite any officer, soldier, sailor or airman to mutiny or otherwise disregard or fail in his duty, the FIR said, adding that the remarks were also likely to cause “fear or alarm” in the public.

Swati was earlier arrested in October after a critical tweet against Bajwa and released after a week on bail but he accused that during detention he was stripped and tortured on the behest of ISI senior officer Maj Gen Faisal Naseer.

He urged Bajwa and the Supreme Court for action against his abuser. However, days after release, his wife received a video sent from unknown contact that had filmed Swati and his wife in a compromising situation. He had cried like a child at a press conference while sharing the details.

But his anger has not subsided and used abusive words against General Bajwa and Nasser by naming them in the latest tweets for which he has been arrested.