One of the most fertile nations wants to feed the world

A new law will allow the buying and selling of farmland for the first time in two decades. Ukrainian government says the advent of a functioning market is the first step toward bigger, more efficient farming by fostering investment. 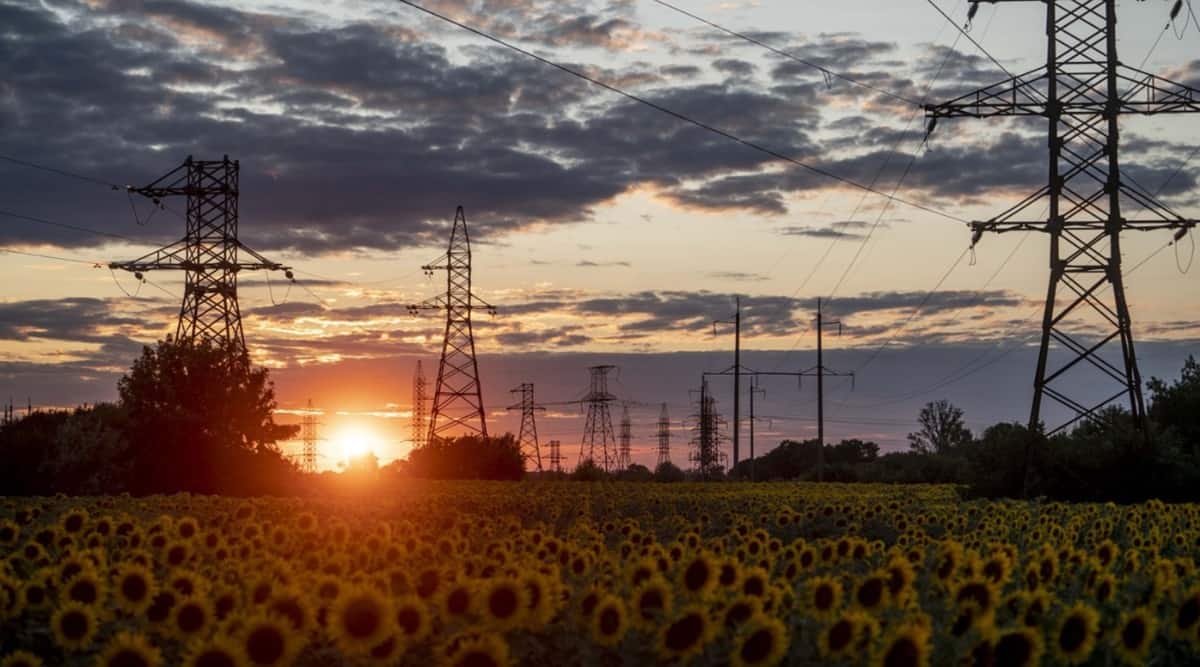 The country has a potential arable land market of more than 40 million hectares, an area almost the size of California, with exports meeting increasing demand from places such as the Gulf. (Bloomberg/File)

It was nicknamed the bread basket of the Soviet Union, and now Ukraine might finally be able to start living up to its agricultural potential in an era when the world appears to need it most.
On July 1, a new law will allow the buying and selling of farmland for the first time in two decades. The government says the advent of a functioning market means one of the most fertile places on the planet is the first step toward bigger, more efficient farming by fostering investment.

It’s a long-awaited reform in a nation perennially dogged by corruption and political vested interests. But it has implications beyond Ukraine after global food supply was exacerbated by the coronavirus pandemic.

The country of 40 million people is punching well below its weight on the global stage. It’s the biggest exporter of sunflower oil, the fourth-largest shipper of corn and delivers grain to nations from Morocco to Bangladesh and Indonesia. But corn yields are a third lower than in the U.S. and wheat about a quarter below the European Union.

That’s in part down to the legacy of the communist era. Buying and selling of land was prohibited in Soviet times and then banned again in 2001, a decade after Ukraine got independence, because of fears that much of it would be acquired by the super-rich and foreigners. That hampered development because farmers could only lease plots, meaning they couldn’t use them as collateral to access money for development.

“This reform is an event of a global scale, as it is important not just for Ukraine, but for the whole world,” said Oleg Nivievskyi, an assistant professor at the Kyiv School of Economics. “While for Ukrainians, it’s additional export revenue, for the rest of the world it’s additional food.”

Starting next month, all individuals will be allowed to buy plots spanning up to 100 hectares, part of efforts by President Volodymyr Zelenskiy to revive the battered economy. The move could boost gross domestic product by as much as 1.5 percentage points annually in the coming years, the Kyiv School of Economics estimated. 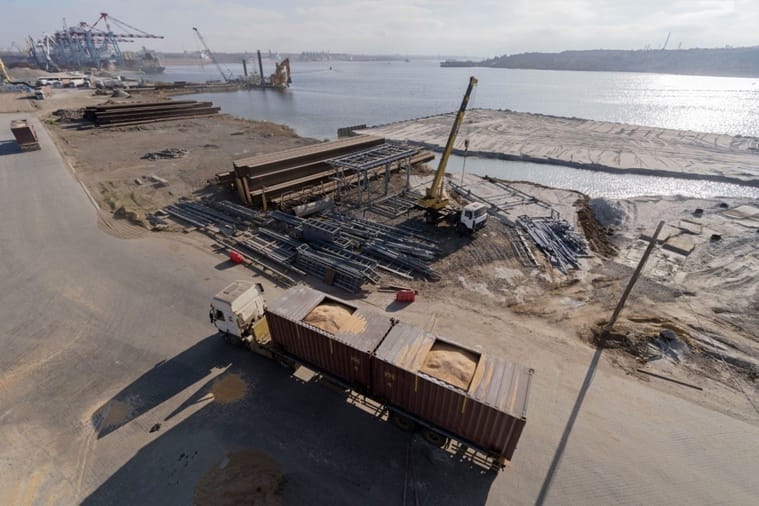 Ukraine is the fourth-largest shipper of corn, delivering grain to nations from Morocco to Bangladesh and Indonesia. (Bloomberg/File)

That’s as farming gets more efficient and the market gets more transparent, according to Nivievskyi. Land owners will benefit from a market price, while farmers will get an opportunity to diversify into higher-margin crops and get better access to finance, he said.

The country has a potential arable land market of more than 40 million hectares, an area almost the size of California, with exports meeting increasing demand from places such as the Gulf.

For Igor Hoszowski, an agriculture logistics analyst in Kyiv, it’s also a chance to go some way to right an historical wrong. His great grandfather had been a wealthy farmer growing wheat in the vast fields of western Ukraine. Then the Soviets seized much of his land to create a collective state farm in the 1940s. The change in the law will allow him to purchase plots his family once farmed.

“This is a window of opportunity for me to get back at least the piece of land my ancestors owned,” said Hoszowski, 37. “Besides, everyone understands that the agriculture industry is a locomotive of Ukraine’s economy.”

For all the optimism, though, Ukraine has a track record of failing to live up to its potential. The country suffers from rampant corruption, something Zelenskiy promised to tackle when he won power in 2019. Like Russia, privatizations of the 1990s allowed the nation’s powerful tycoons to snatch control of large swathes of the economy.

There’s concern among Ukrainians that land could become the next target. Landowners are afraid of being cheated, and there’s disquiet over the government’s plan to open the market to foreigners from 2024.

A survey by polling agency Rating in late April found a majority of respondents thought the plans should be put to a referendum—and about two thirds of them would vote against it.

“On land reform, if it’s done in the name of the poor but for the benefit of the rich it will end up being counter-productive in the long run,” said Tim Benton, research director in emerging risks at Chatham House in London and a food security expert. There’s no questioning the potential, if done right. Covid-19 has highlighted the fragility of food supply chains and countries are looking to secure enough quantities. Food costs have risen to their highest level in almost a decade based on a United Nations monthly index.

Ukraine’s highly fertile lands, meanwhile, contrast with fast diminishing land resources around the world. Some 12 million hectares are lost every year to desertification and drought alone, an area that could produce 20 million tons of grain.

The country aims to provide food security for the emirates and a number of other countries in the region, including Saudi Arabia and Qatar, Agriculture Minister Roman Leshchenko wrote in an Atlantic Council blogpost in March.

“At every stage of this process, we will work to make sure Ukrainians are protected from the greed on tycoons and corrupt officials,” he said. “The government will never lose sight of the central idea that Ukraine’s farmlands are the nation’s greatest asset.”

For Hoszowski, it’s a chance to grab a piece of what he expects to be a burgeoning industry in Ukraine’s western Volhynia region. He and his wife plan to purchase five or six hectares, though that’s a fraction of the 40 or so his ancestors lost during the Stalin regime.

One plan is to turn the acquisition into a small farming business. For now, it’s an investment in an asset he reckons will never depreciate. “By buying even a small land plot you join the club of its beneficiaries,” he said. “As long as this industry is developing, you are getting richer.”

Wondering when home delivery of alcohol can begin in New Delhi? Long way to go still