🔴Many countries have implemented travel measures to guard against Omicron, according to the WHO. 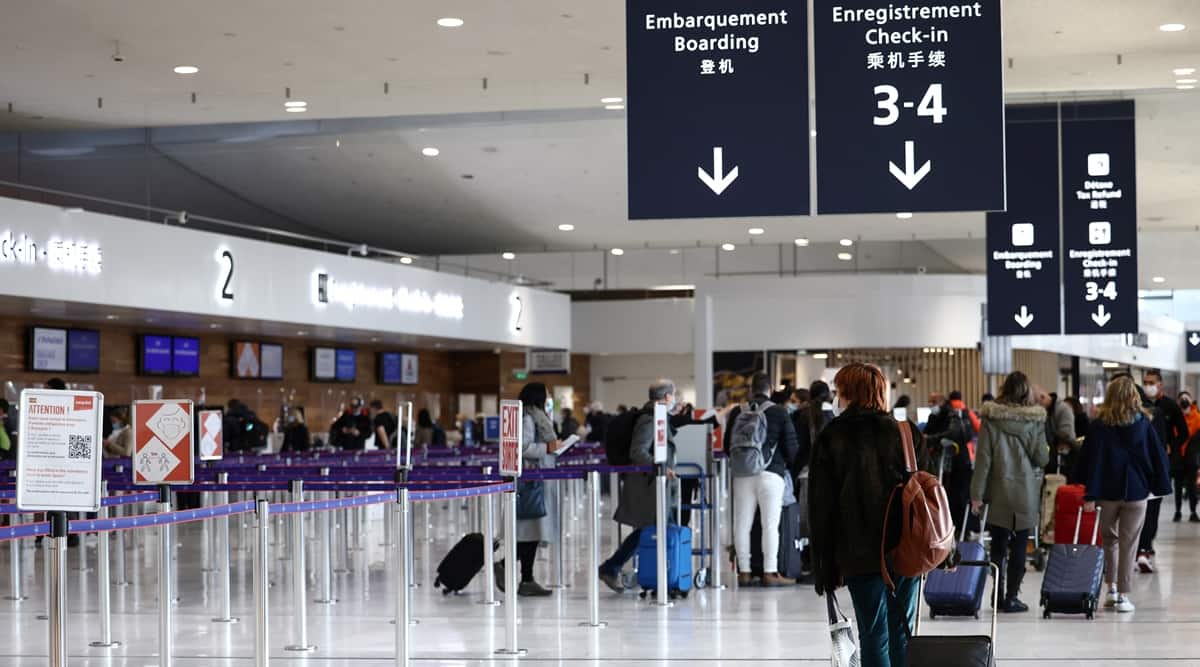 At least 23 countries have confirmed cases of the omicron variant of Covid-19, according to a World Health Organisation (WHO) Tedros Adhanom Ghebreyesus. Amidst worries of the new variant’s impact, WHO epidemiologist Maria van Kerkhove said that data on its contagiousness is expected “within days”.

Meanwhile, about 56 countries were reportedly implementing travel measures to guard against Omicron as of Nov. 28, the WHO said. Many countries have implemented new restrictions or extended existing curbs for international air travel. The measures have been criticised by the chief of the United Nations chief, who accused countries of exercising “travel aparthied” for restricting air travel from some African nations. The variant was first discovered by health experts in South Africa.

Here are the various measures imposed by countries globally:

United States: After the first known case of omicron variant was recorded in California, the United States has barred nearly all foreigners who have been in one of eight southern African countries. These are Botswana, Eswatini, Lesotho, Malawi, Mozambique, Namibia, South Africa, and Zimbabwe. A Reuters report said that the White House also plans to announce stricter testing rules for international visitors.Airlines in the United States were told to hand over the names of passengers arriving from parts of southern Africa hit by Omicron, according to a US Centers for Disease Control and Prevention letter seen by Reuters.

South Korea: South Korea, which confirmed its first cases of the variant on Wednesday, has halted quarantine exemptions for fully vaccinated inbound travellers for two weeks as daily coronavirus case numbers rose to a new high.

Indonesia: The island nation has tightened border curbs, extended quarantine and limited movement on strategic toll roads in a preemptive move to limit the spread of the Omicron variant.

France: All travellers, irrespective of vaccination status, are required to present a negative Covid-19 certificate to enter France from outside the European Union or Schengen zone. The test should have been taken within 48 hours of departure.  Lithuania, Finland and Czechia too have implemented similar measures. The European Union, meanwhile, has proposed common daily reviews of restrictions for all member states.

United Kingdom: Travellers need to take a mandatory RT-PCR test within 48 hours of arrival in the country. They should isolate till the results are out. The rules are stricter for members of 10 southern African countries that have been added to the country’s red list.

Canada: Canada too have restricted travel from 10 south African countries namely Nigeria, Malawi, Egypt, South Africa, Mozambique, Namibia, Zimbabwe, Botswana, Lesotho and Eswatini. All travellers to Canada, except those from the US, will have to be tested on arrival and isolate until the results are made available.

Hong Kong: It has put together a list of 16 high-risk countries, including Canada and Australia, which means that no non-citizens from these countries will be allowed into the region. Citizens, meanwhile, will need to undergo a 21-day quarantine.

Singapore: All incoming and transiting air travellers will have to take a test before departure and another one on arrival.

New Zealand: The nation is yet to record any omicron covid-19 cases, and will ease into a new “traffic light system” from Friday. This involves regions being put into red, orange and green zones depending on vaccination rates and Covid-19 cases. It also introduced fresh border measures for travellers from nine southern African nations on the weekend, announcing that only citizens of New Zealand from these countries could travel to New Zealand and even these would have to stay in state quarantine for 14 days.

(With inputs from Reuters and AP)