North Korea bans citizens from laughing, drinking and shopping for 11 days. Here’s why

Kim Jong-il, the second of the Kim family dynasty, ruled North Korea for 17 years until his death on December 17, 2011. 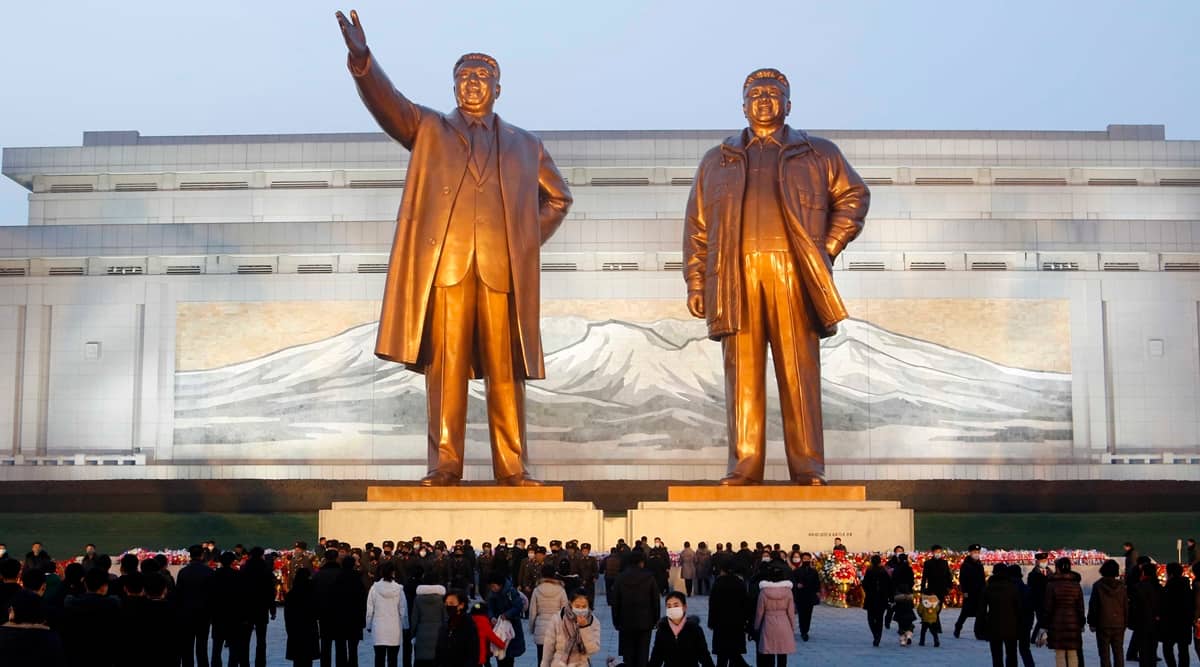 North Korea has banned its citizens from laughing, drinking and shopping from Friday onwards as part of the 11-day mourning on the 10th anniversary of former leader and Kim Jong Un’s father, Kim Jong-il.

“During the mourning period, we must not drink alcohol, laugh or engage in leisure activities,” a North Korean from the northeastern border city of Sinuiju was quoted as saying by Radio Free Asia, The Telegraph reported.

“People cannot even celebrate their own birthdays if they fall within the mourning period,” the North Korean told Radio Free Asia. Citizens lay bouquets of flowers at the bronze statues of their late leaders Kim Il Sung and Kim Jong Il on Mansu Hill in Pyongyang. (AP)

“In the past, many people who were caught drinking or being intoxicated during the mourning period were arrested and treated as ideological criminals. They were taken away and never seen again,” the source said.

Kim Jong-il, the second of the Kim family dynasty, ruled North Korea for 17 years until his death on December 17, 2011. According to Reuters, Il’s death was not reported until two days later by the state media.

According to the Associated Press, a siren blared for three minutes at midday on Friday and North Koreans fell silent and bowed in respect for Kim Jong-il. National flags were lowered to half-staff and a large number of people were seen climbing Pyongyang’s Mansu Hill to lay flowers and bow before giant statues of Kim Jong-il and Kim il-Sung, the founder of North Korea.

Meanwhile, Reuters reported that Kim Jong Un was also seen along with hundreds of officials at a ceremony outside the Kumsusan Palace of the Sun in the capital, Pyongyang, where the embalmed bodies of his father and grandfather lie under glass.

Clad in a black leather coat, Kim Jong Un was seen standing sombrely under a large red banner with an image of his father, but was not shown speaking.

Pushpa The Rise review: Allu Arjun shines in this sprawling battle of egos