The Central Committee unanimously nominated senior leader Madhav Kumar Nepal as the party's second chairman in place of Oli. Prachanda is the first chairman of the party. 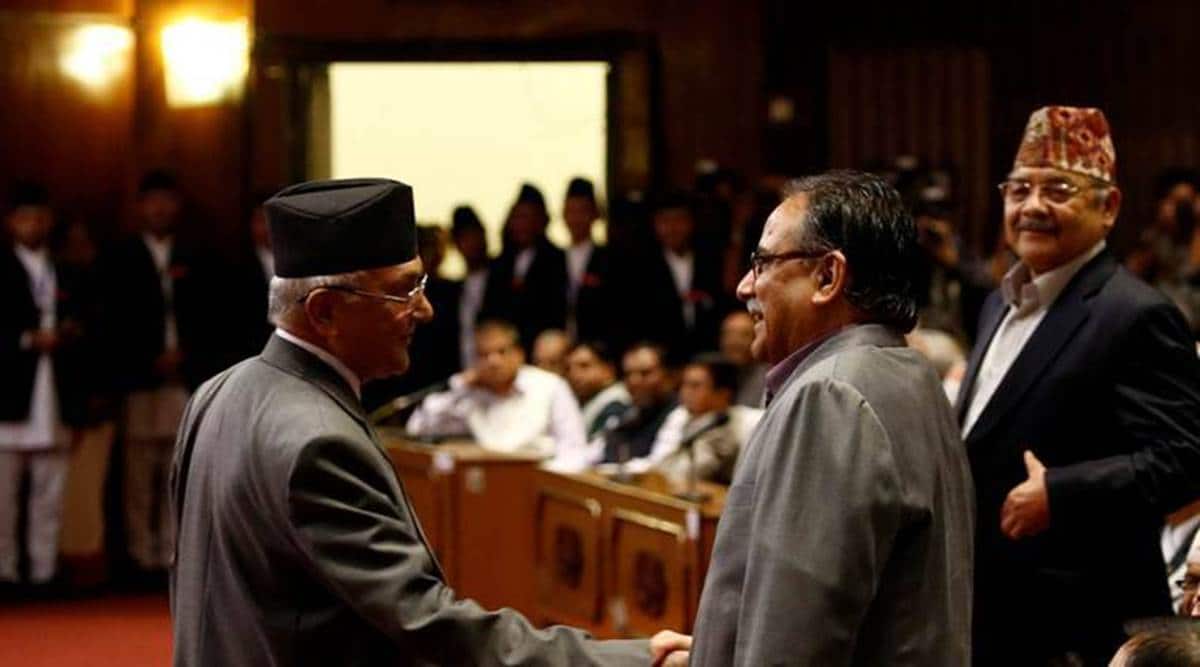 The Nepal Communist Party (NCP) on Tuesday moved a step towards a formal split, with the Pushpa Kamal Dahal ‘Prachanda’ -led faction removing Prime Minister K P Sharma Oli from the post of chairman and deciding to take disciplinary action against him.

The Central Committee unanimously nominated senior leader Madhav Kumar Nepal as the party’s second chairman in place of Oli. Prachanda is the first chairman of the party.

“Now Dahal and Nepal will chair the meetings in turn as stated in the party statue,” said Rekha Sharma, a central committee member.

Earlier in the day, Oli — one of the two chairmen of the ruling NCP — organised a separate meeting of the Central Committee leaders close to him at Baluwatar, the prime minister’s official residence.

The meeting was held three days after Oli got the President to dissolve Parliament, a controversial move amidst a prolonged tussle for power between him and Prachanda within the ruling dispensation.

At the meeting held by the Prachanda faction, it was decided that the dissolution of Parliament was an act that went against the spirit of the Constitution and values of democracy. Hence, the group decided to expel Oli as party chairman. “The government stands dissolved but the Party is intact,” Prachanda said.

In a counter-move, the faction led by Oli removed NCP central secretariat member Naryan Kaji Shrestha from the position of the spokesperson. Oli announced a new 1,199-member committee to organise the party’s general convention on November 18-23 in Kathmandu next year. Earlier the party’s convention was scheduled from April 7 to 12, 2021.

Meanwhile, four members of the dissolved House — all belonging to the Prachanda camp — filed a petition before the Supreme Court, pleading that the dissolution of Parliament be declared null and void. —— With PTI

With first positive tests in Antarctica, no continent is untouched by coronavirus