Nepal's capital city of Kathmandu and parts of neighbouring India too experienced tremors in its aftermath though no casualties were reported in India. 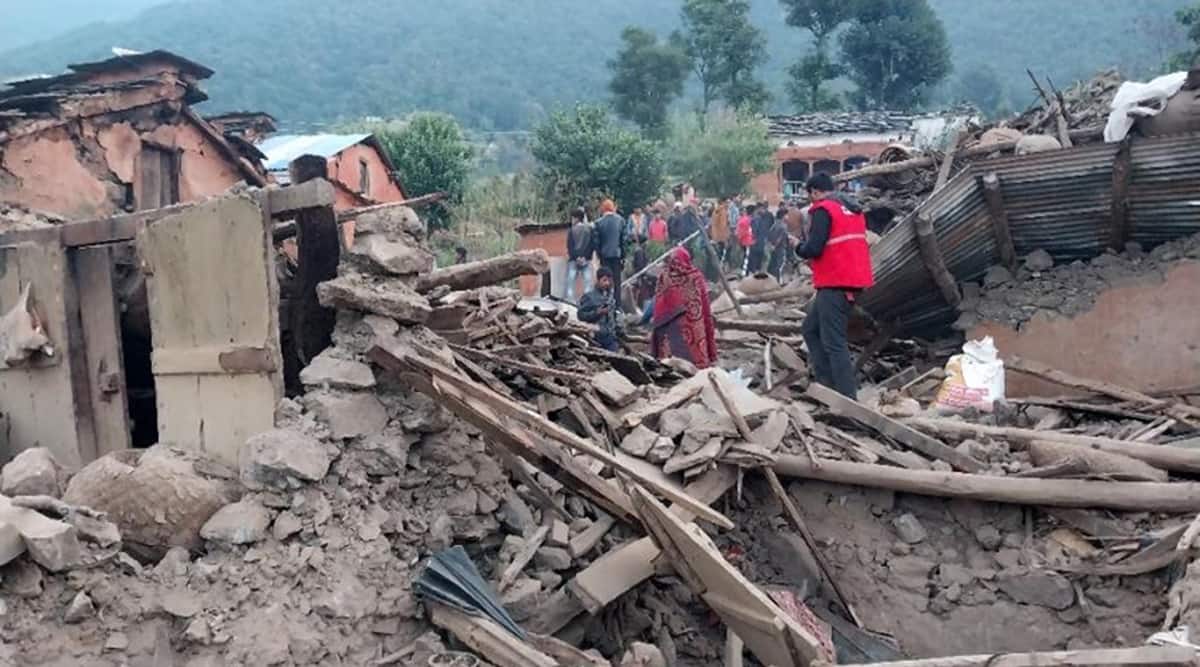 Local media showed visuals of mud and brick houses destroyed by the quake and rescuers digging through the rubble to look for survivors. At least two people are reported missing, said Nepali army spokesman Narayan Silwal.

Nepal is still rebuilding after two major earthquakes in 2015 killed almost 9,000 people, destroyed whole towns and centuries-old temples and caused a $6 billion blow to the economy. Doti is about 430 km west of the capital, Kathmandu.

Eyewitness Ram Upadhyay, chairman of the Purbi Chowki rural municipality in Doti district, said he was in a nearby village when the quake struck at 2.12 am Nepal time. “It shook terribly and I rushed out immediately. Now we are collecting details including the dead bodies.”

Nepal | Search and rescue operation underway at the house that collapsed in Doti district of Nepal after the latest round of earthquake last night killing six people. pic.twitter.com/sPafgFC8Zl

Prime Minister Sher Bahadur Deuba, writing on Twitter, offered condolences to the families of the victims. “I have instructed the relevant agencies to arrange immediate and proper treatment of the injured and the victims.”

A ground rescue team of the Nepali army has been rushed to the site, said spokesman Silwal, and two helicopters were on stand by in nearby Surkhet and Nepalgunj towns.

Kalpana Shrestha, a senior bureaucrat of Doti district, said details were being collected from villages near the epicentre and that one child was among those rescued from under the debris.

The quake was centred about 158 km northeast of Pilibhit, a populous city in the neighbouring Indian state of Uttar Pradesh, and occurred at a depth of 10 km, EMSC added.

Media reports after the quake showed tremors were also felt in New Delhi and surrounding areas, some 350km (220 miles) from Doti.

Himachal polls 2022: Scarred by riots five years ago, a village seethes over lack of progress