Koirala, for his part, has said that his government would do everything possible to help those affected. 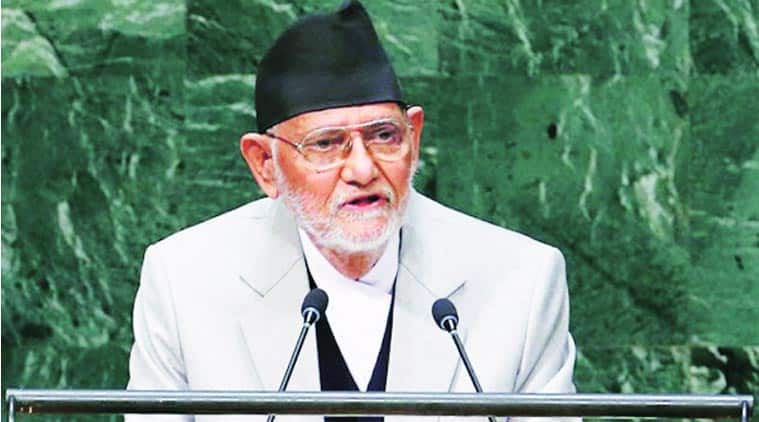 Sushil Koirala, for his part, has said that his government would do everything possible to help those affected.

Nepal’s parties have resolved to work together for national reconstruction following a devastating earthquake that struck on April 25, but key opposition leaders have said that an able and efficient person must head the government to fulfill this mission.

Former PM and senior Unified Communist Party of Nepal (Maoist) leader Baburam Bhattarai said the country needed massive ‘re-construction’ in the aftermath of the earthquake, and added that it was high time that some one younger and more capable took over. “We who have been prime ministers should not aspire for the post. Let it go to some body who can stand equal to the demand of the situation,” he said on Saturday. The statement follows the line taken by his party chairman Pushpa Kamal Dahal Prachanda on Friday, which seemed to suggest that the Maoists feel Prime Minister Sushil Koirala is not capable of leading the reconstruction mission.

Previously, three leaders of the ruling coalition Communist Party of Nepal (Unified Marxist Leninist) — K P Oli, Madhav Nepal and Jhalnath Khanal — also suggested that the country go for a “National government”, without mentioning whether they would want Koirala to head such a government.

Meanwhile no member of the Nepali Congress, of which Koirala is the chief, has spoken out in his defence.

Koirala, for his part, has said that his government would do everything possible to help those affected. He also tried to dispel fears that a situation of ‘statelessness’ would prevail in the country in the aftermath of the tragedy. “I will never allow that situation to come,” he asserted.

But opposition leader Chitra Bahadur K C alleged that parliamentarians and ministers have failed to help people. “People have asked in many places, why has not a single minister or MP died in the quake?” he said.