Murder mystery: What were Colombian military vets doing in Haiti?

A month later, Mauricio Romero, 45, is dead, one of several men killed in Haiti in the aftermath of the assassination last week of President Jovenel Moïse, and one of at least 20 Colombians implicated by Haitian officials in a murder that has plunged the Caribbean nation into chaos. 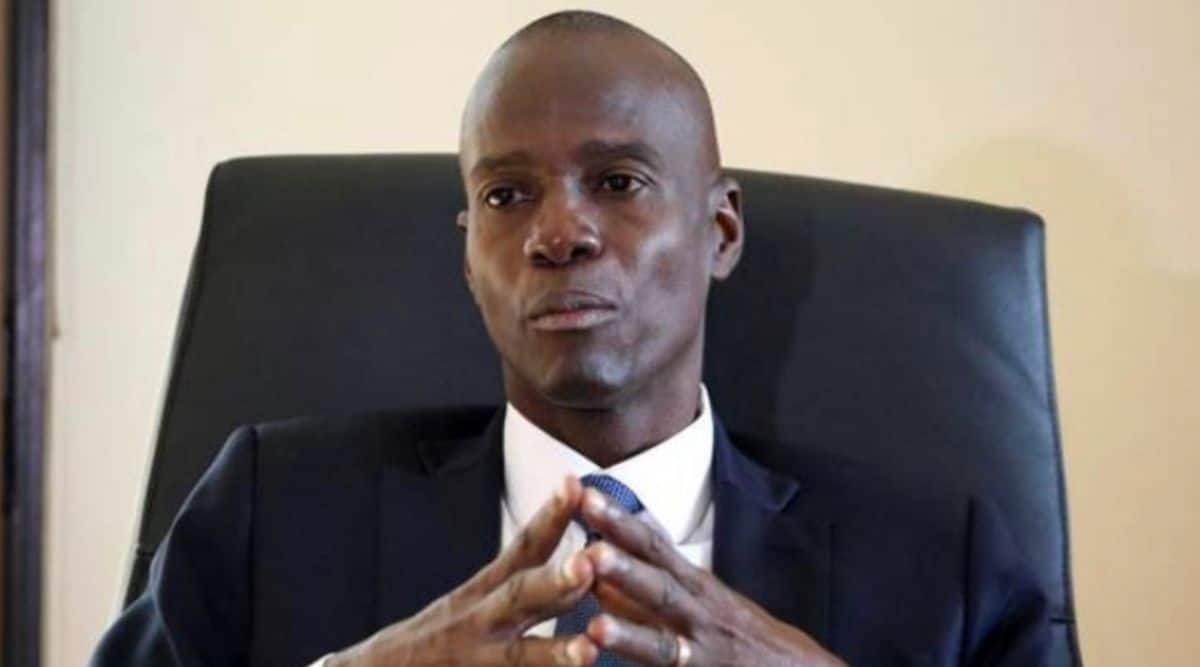 Interim prime minister and members of his Cabinet have presented the Colombians as centerpieces of a well-organized plot carried out by “foreign mercenaries” to kill Jovenel Moïse, critical questions remain about what part they played in the murder. (Reuters)

One evening in early June, Mauricio Javier Romero, a decorated 20-year veteran of the Colombian military, received a call from an old army buddy.

The friend wanted to recruit him for a job “legal” and “safe” work that would send him abroad, according to Romero’s wife, Giovanna Romero.

“This person told him that he wouldn’t get in trouble,” she said, “that it was a good opportunity for professional growth, for economic growth and knowing what a quality professional my husband was, he wanted him to be part of the team.”

A month later, Mauricio Romero, 45, is dead, one of several men killed in Haiti in the aftermath of the assassination last week of President Jovenel Moïse, and one of at least 20 Colombians implicated by Haitian officials in a murder that has plunged the Caribbean nation into chaos.

At least 18 of the Colombian men are in Haitian custody, and at least two are dead.

But while the interim prime minister and members of his Cabinet have presented the Colombians as centerpieces of a well-organized plot carried out by “foreign mercenaries” to kill Moïse, critical questions remain about what part they played in the murder.

A potential clue to the Colombian presence landed late Sunday, when Haitian authorities said they had arrested a Florida-based Haitian-born doctor whom they described as a central figure in the assassination plot.

The doctor, Christian Emmanuel Sanon, 63, was said to have hired the private Florida security company that recruited at least some of the Colombians.

“He arrived by private plane in June with political objectives and contacted a private security firm to recruit the people who committed this act,” said Chief Leon Charles of the Haitian national police.

The country’s lead prosecutor has also begun looking into what role Haitian security forces may have had in an operation that killed the president and wounded his wife but harmed no one else in the household or in the president’s security retinue.

On the streets in Haiti there is widespread skepticism of the official government line, with many wondering how the assailants got through such a fortified compound defended by Haitian security forces with no other deaths.

And in Colombia, some family members of the detained Colombians say the men went to Haiti to protect the president, not kill him, adding to the many murky and often contradictory claims surrounding the assassination.

“Mauricio never would have signed up for such an operation,” said Giovanna Romero, 43, “no matter how much money he was offered.”

Colombia, which has suffered decades of internal conflict, has one of the best trained and best funded militaries in Latin America, long aided by the United States. Because of this, Colombian veterans are highly sought after by global security companies, which have deployed them as far away as Yemen and Iraq, sometimes paying each person up to $3,000 a month a substantial sum when compared with salaries of several hundred dollars a month they could expect in Colombia.

Mauricio Romero had joined the military in his 20s, at a time when left-wing guerrillas and paramilitary groups terrorized much of Colombia. By the time he retired in 2019, he was a first sergeant who had served all over the country and had earned the distinction of “expert lancer,” a specialized training for elite troops similar to the U.S. Army Ranger program.

Giovanna Romero described her husband as a stickler for rules. “If you do things right,” he used to say, “life will go well.” He was adjusting to civilian life, she said, and sometimes said he missed the camaraderie and sense of purpose he got from the military.

The call he received in June came from his friend Duberney Capador, 40, also a retired member of the military with special forces training. Capador had also left the army in 2019 and was living on a family farm with his mother in western Colombia.

According to his sister, Yenny Carolina Capador, 37, he left the farm and traveled to Haiti in May after receiving a job offer from a security company. The siblings spoke often, and Duberney Capador told his sister that his team was in training, and was charged with protecting a “very important” person.

Duberney Capador sent his sister pictures of himself in his uniform, a dark polo shirt emblazoned with the logo of a Florida security company called CTU, the company Haitian authorities said Sanon had hired for the plot

CTU is run by a man named Antonio Intriago. He did not respond to messages requesting comment and CTU’s office was shut when a reporter stopped by on Saturday.

Now, Capador was trying to persuade Mauricio Romero to join him.

Giovanna Romero said that she and her husband talked it over that June night, and decided it was a good opportunity to get ahead financially. They had a mortgage to pay and two children to take care of, and Mauricio Romero’s army pension only covered the basics.

“If you do it,” Giovanna Romero said she told her husband, “I’ll support you just like I have during the 20 years we’ve been together.”

Mauricio Romero arrived at the airport in Colombia’s capital, Bogotá, on Saturday, June 5, where he picked up his plane ticket and headed to the Dominican Republic, Haiti’s neighbor.

Giovanna Romero said that the last time she spoke with him was last Tuesday. He told her that he had been protecting a man he referred to as “the boss,” and that he had limited cell connection, but wanted to check in.

It was rushed, but Giovanna Romero wasn’t worried.

The next day, though, she heard on the news that Haiti’s president was dead, and that Colombians might be involved. When she couldn’t reach her husband, her head began to spin.

By last Friday, Colombia’s defense ministry had released the names of 13 Colombians found in Haiti. Her husband was among them.

The defense ministry also said it was investigating four businesses that it believed had recruited Colombians for a job in Haiti.

Not long after, Giovanna Romero’s daughter, 20, received a message with a video that showed a man’s limp body. It seemed to be her father.

But Romero recognized the rosary hanging from the chest of the dead man. It was her husband.

Haitian officials say that a group of assailants stormed Moïse’s residence on the outskirts of the capital, Port-au-Prince, last Wednesday at around 1 a.m., shooting him and wounding his wife, Martine Moïse, in what authorities called a well-planned operation that included “foreigners” who spoke Spanish.

In videos filmed from nearby buildings and synchronized by The New York Times, the people who appear to be arriving to assassinate the president shouted that they were part of a US Drug Enforcement Agency operation.

The DEA has said it was not involved.

It is unclear what part the Colombians played in the operation.

Later Wednesday morning, Yenny Capador said she began receiving calls and texts from her brother, Duberney. He told her that he was in danger, holed up in a home with bullets flying around him. Yenny Capador could hear the gunfire in the background.

Capador said her brother told her that he had arrived “too late” to save the “important person” he claimed he was hired to protect.

Haitian authorities have also detained at least two Haitian Americans in connection with the president’s death.

Haitian officials have presented little evidence linking any suspects with the crime.

In an interview, Judge Clément Noël, who is involved with the investigation, said the two Haitian Americans had claimed they were working only as interpreters in the operation and that they had met with other participants at an upscale hotel in the Pétionville suburb of Port-au-Prince to plan the attack.

The goal was not to kill the president, they said, but to bring him to the national palace.

Days after the killing, Steven Benoit, a former senator and a prominent opposition figure, was among those who said he found it hard to believe that the Colombians were responsible for the assassination.

“The story simply does not add up,” Benoit said in a telephone interview from Port-au-Prince. “How come there isn’t one security guard at the presidential compound who got shot, who has even a scratch?”

Benoit also questioned why the Colombians who were at the site of the assassination didn’t immediately try to flee the country after Moïse was killed. Instead, they stuck around and were killed or captured.

On Saturday, Giovanna Romero broke the news to her 6-year-old son that “Daddy was not going to return.”

She said she had yet to hear from Colombian or Haitian investigators, but urged them to get to the truth so that the families of all involved “could find some peace.”