The statement came after state police and officers from eight other law-enforcement agencies in the joint force known as Operation Safety Net were criticized by media organizations for how they treated journalists at the protests in the Minneapolis suburb of Brooklyn Center. 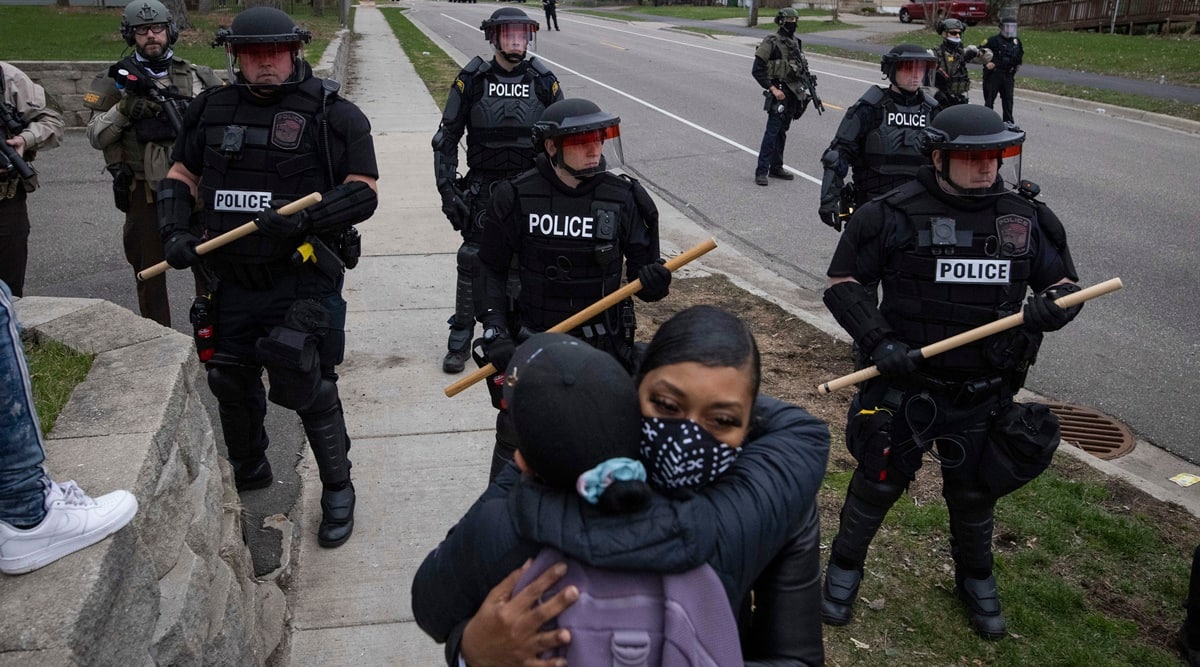 Minnesota police on Saturday promised not to detain, threaten or rough up journalists covering protests over the police shooting of Daunte Wright, after officers detained and pepper-sprayed journalists on Friday night and forced some to lie face-down.

The Minnesota State Patrol also agreed to stop photographing journalists and their credentials and will no longer order reporters where they can position themselves to cover the demonstrations.

The statement came after state police and officers from eight other law-enforcement agencies in the joint force known as Operation Safety Net were criticized by media organizations for how they treated journalists at the protests in the Minneapolis suburb of Brooklyn Center.

The American Civil Liberties Union of Minnesota said the behaviour of some officers “went beyond unlawful detention to include outright retaliatory assault” against journalists, whose work to inform the public is protected against government interference by the US Constitution.

Police impeded the work of journalists even after a US District Court judge on Friday issued a temporary restraining order that forbade them from arresting, threatening to arrest, or using physical force against journalists.

“Following feedback from media, and in light of a recent temporary restraining order (TRO) filed in federal court, MSP will not photograph journalists or their credentials,” the Minnesota State Patrol statement said.

“In addition, MSP will no longer include messaging at the scene advising media where they can go to safely cover events. While journalists have been detained and released during enforcement actions after providing credentials, no journalists have been arrested,” the statement said. It also said journalists would be exempt from general dispersal orders issued to demonstrators, and that state police were banned from using chemical spray against the press.

Reuters was among the media organizations that condemned the police actions. “All journalists must be allowed to report the news in the public interest without fear of harassment or harm, wherever they are,” the international news agency said in a statement.

The protests erupted after Wright was killed during a traffic stop on Sunday in Brooklyn Center. Former officer Kimberly Potter, who turned in her badge on Tuesday, has been charged with manslaughter.

Tensions in the area are running high as the trial of former Minneapolis policeman Derek Chauvin nears an end, with closing arguments scheduled for Monday. Chauvin is charged with second-degree murder for his part in the deadly arrest last May of George Floyd.