It will be Pompeo's first visit to North Korea since the June 12 summit in Singapore between U.S. President Donald Trump and Kim Jong Un, at which the North Korean leader agreed to "work toward denuclearization of the Korean Peninsula." 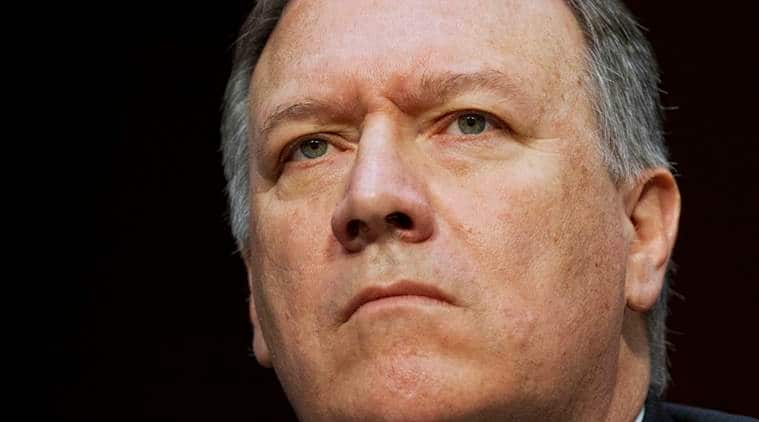 Mike Pompeo would be in Pyongyang from July 5 to 7 to continue consultations and flesh out the agreement reached during summit in Singapore. (AP File Photo)

U.S. Secretary of State Mike Pompeo will leave for North Korea on Thursday seeking agreement on a plan for the country’s denuclearization, despite mounting doubts about Pyongyang’s willingness to abandon a weapons program that threatens the United States and its allies.

The State Department said Pompeo would head on Saturday from Pyongyang to Tokyo, where he would discuss North Korean denuclearization with Japanese and South Korean leaders. It will be Pompeo’s first visit to North Korea since the June 12 summit in Singapore between U.S. President Donald Trump and Kim Jong Un, at which the North Korean leader agreed to “work toward denuclearization of the Korean Peninsula.” The joint summit statement, however, gave no details on how or when Pyongyang might give up its weapons. U.S. officials have since been trying to flesh out details to produce an agreement that might live up to Trump’s enthusiastic portrayal of the outcome.
The U.S. goal remained “the final, fully-verified denuclearization of (North Korea), as agreed to by Chairman Kim in Singapore,” a State Department spokeswoman said.

A U.S. delegation led by U.S. ambassador to the Philippines Sung Kim met with North Korean counterparts at Panmunjom on the border between North and South Korea on Sunday to discuss next steps on the implementation of the summit declaration, the State Department said. “We had good meetings yesterday and … the secretary of state will be there later this week to continue those discussions,” Sanders told a White House briefing.

Sanders endorsed comments made on Sunday by White House national security adviser John Bolton, who said he believed the bulk of North Korea’s weapons programs could be dismantled within a year “if they have the strategic decision already made to do that.” “There is great momentum right now for a positive change and we are moving together for further negotiations,” Sanders said.

However, some experts disputed Bolton’s optimistic time frame for decommissioning North Korea’s weapons, even if North Korea were willing to agree to such moves, amid multiple reports suggesting otherwise.

An NBC News report on Friday quoted U.S. officials saying U.S. intelligence agencies believe North Korea has increased production of fuel for nuclear weapons at multiple secret sites in recent months and may try to hide these while seeking concessions in talks with the United States.

The Washington Post reported on Saturday that U.S. intelligence officials had concluded that North Korea did not intend to fully give up its nuclear arsenal and is considering ways to hide the number of weapons it has. Middlebury Institute of International Studies at Monterey, California, issued a report on Monday saying recent satellite imagery showed North Korea was completing a major expansion of a key manufacturing plant for solid-fuel missiles.
The images showed North Korea finishing construction on the exterior of the plant around the time Kim was meeting with Trump, the report said.

Last week, 38 North, a North Korea monitoring project affiliated with Washington’s Stimson Center think tank, said satellite imagery showed the North had been upgrading its Yongbyon nuclear complex. Bolton also refused to comment on intelligence matters, but said the United States was going into nuclear negotiations aware of Pyongyang’s failure to live up to its past promises.

Patrick Cronin, senior director of the Asia-Pacific Security Program at the Center for a New American Security, said U.S. and South Korea officials had told him Pompeo would be seeking to agree to “a specific denuclearization road map, or at least significant dismantlement steps that could fill in a roadmap.”

He said that if progress was made, the U.S. was open to expanded future engagement with North Korea, including a possible visit by Kim to the United Nations General Assembly in New York in September and a second summit with Trump.

North Korea has consistently refused in past rounds of failed negotiations to provide an inventory of its weapons program, and U.S. intelligence remains uncertain of how many nuclear warheads North Korea has.

The Defense Intelligence Agency has a high end estimate of about 50 nuclear warheads. But U.S. intelligence agencies believe Pyongyang is concealing an unknown number, including smaller tactical nuclear weapons, in caves and other underground facilities around the country.