The article is the first substantial call to action by any leader of a South Asian jihadist group, though rallies and protests have been held in Pakistan by Islamist groups linked to terrorism, notably the Ahl-e-Sunnat wal'Jamaat. 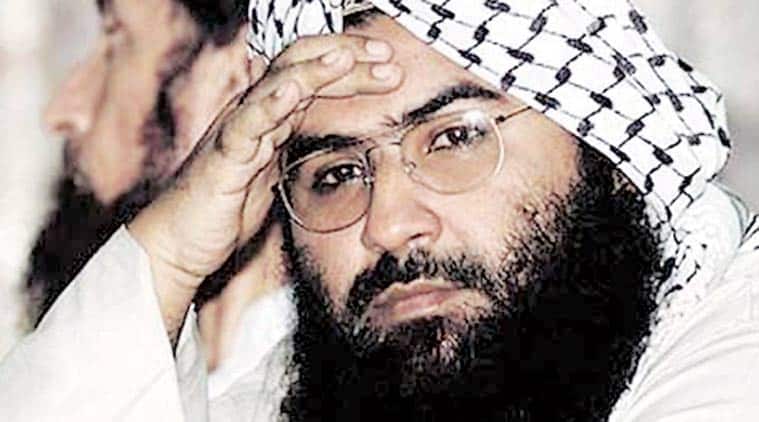 In an article published this weekend, Jaish-e-Muhammad chief Maulana Masood Azhar called for his followers to prepare for action in Myanmar and warned the country to prepare “for the thudding sound of the footsteps of its conquerors”. “We have to do something, and do it urgently”, read the article, published in the group’s house magazine, al-Qalam. “The entire Muslim ummah [nation] is feeling the pain of the Muslim nation,” Azhar wrote in his regular column in al-Qalam under the pen-name ‘Saadi’. “It is because of the sacrifices of the Myanmar Muslims that the ummah is waking up and we are seeing this new awakening among the Muslims of the world.

“All of us must do whatever we can for the Myanmar Muslims. Just say your prayers, and get up to help them. You don’t need to show off what you are doing: just do it, and never stop.” The article is the first substantial call to action by any leader of a South Asian jihadist group, though rallies and protests have been held in Pakistan by Islamist groups linked to terrorism, notably the Ahl-e-Sunnat wal’Jamaat. It comes amid a growing mass of similar statements from global jihadist groups, sparking regional fears that Myanmar’s crackdown on Rohingya civilians, estimated to have sent over a quarter of a million refugees into neighbouring Bangladesh, could fuel terrorist violence across the region.

Even though the ongoing insurgency in Myanmar’s Rakhine state has shown relatively rudimentary military capacities, with attacks against troops and police sometimes carried out with knives and machetes, Indian intelligence believes Jaish operatives helped provide training to Rohingya jihadists at camps run in Bangladesh’s Chittagong Hill Tracts in 2013-14. Khalid Mohammad, a member of the Rohingya Solidarity Organisation (RSO), committed to creating an independent Islamic State in Myanmar’s Arakan region, is alleged to have told Delhi Police during questioning that he had trained in explosives fabrication at one such camp in Bangladesh. RSO members Abu Arif and Abu Shafiyah were held by Indonesian authorities in 2013 on charges of plotting to blow up Myanmar’s embassy in Jakarta to avenge atrocities against Rohingyas.

In 2012, the Pakistan-based Lashkar-e-Taiba also held a conference to highlight the Rohingya issue. Following this, intelligence sources say, Lashkar operatives Shahid Mahmood and Nadeem Awan were sent to Bangladesh and Thailand’s Mae Sot to make contact with Rohingya refugees living along the border with Myanmar.

Published on the eve of the anniversary of 9/11, Azhar’s article assailed media for describing the Buddhist monk Ashin Wirathu as the ‘Osama bin Laden of Myanmar’. Wirathu’s followers are alleged to have worked alongside the Myanmar army to kill Rohingya Muslim civilians and burn down villages in a campaign of ethnic cleansing.

Bin Laden, Azhar wrote, was a “lion who came out to help the helpless” and “challenged global imperialism to its face”. “If Wirathu is really a lion like Bin Laden”, the Jaish chief wrote, “he must come out of Myanmar, to an Islamic country. Muslim will beat him to a pulp”. “Had whatever Ashin Wirathu and his supporters are doing been done by a Muslim country to its non-Muslim minorities, there would have been an uproar”, Azhar’s article states. “The United Nations Security Council would have passed a resolution against it, there would have been economic sanctions against Muslims and finally, their country would have been bombarded by western forces”.

The growing importance of the Myanmar crisis in the global jihadist movement was illustrated by a statement released by the Harkat al-Shabab, al-Qaeda’s affiliate in eastern Africa, warning Muslims “especially in Bangladesh, Malaysia, Pakistan, India and Indonesia: know that the tragedy of the Rohingya today will be your tragedy tomorrow if you let them down and be silent”.

Myanmar’s Muslims, the statement said, had been lulled by international “responses of condemnation and warning”, failing to “mobilise an inch, so as to protect themselves from their enemies”. The statement also appealed to al-Qaeda in the Indian Subcontinent “that they gather themselves and attack the evil Buddhists, and make of their targetting a lesson for all those who would learn and all those who would dare to hurt the Muslims”.