Kim-Putin summit: The two leaders have expressed confidence that the summit will help assess the Korean peninsula issues and boost bilateral ties between North Korea and Russia.

North Korean leader Kim Jong Un and Russian President Vladimir Putin met in Vladivostok to hold talks, for the first time ever, on Thursday. Putin said he and North Korean leader Kim Jong Un discussed denuclearisation of the Korean peninsula, sanctions and the United States at their summit on Thursday. Both Kim and Putin have expressed confidence that the summit will help assess the Korean peninsula issues and boost bilateral ties.

While this is Kim’s first visit to Russia as North Korean leader, his late father, Kim Jong Il, had visited the country in 2011.  The talks come a month after Kim and US President Donald Trump’s failed summit in Vietnam. The two leaders had failed to come to a consensus over US-led sanctions on North Korea. While Kim wanted the US to ease sanctions on the country, Trump said the US was waiting for more significant denuclearization moves.

Putin to North Korea: Too early to say how substantial these security guarantees will be

Putin told North Korea that it's too early to say how substantial these security guarantees will be, and says we need to make first steps to increase trust. He added that the US-Russian approaches on Korea coincide to some extent.

Russian President Putin said he was happy with North Korean leader Kim Jong Un, adding that they had an open talk on sanctions, USA, denuclearisation. He said Kim also wants denuclearisation, but he needs security guarantees.

Explained: Why North Korean has turned to Russia

Kim Jong Un is in Russia, months after his failed summit with US President Donald Trump in Hanoi, Vietnam. The North Korean leader is trying to rake up support from the international community against US sanctions on North Korea. In Vietnam, talks failed after the US said it would not ease sanctions unless it sees significant denuclearization moves. Russia has already expressed support to the country for gradual disarmament. Read more here.

Kim Jong Un says the summit with Russia's Vladimir Putin will help assess the Korean peninsula issue, reports Reuters. On arriving in Russia, Kim had said Wednesday, "I have heard a lot about your country and have long dreamt of visiting it. It's been seven years since I took the helm, and I've only just managed to visit."

Russian President Vladimir Putin has told Kim Jong Un that he is confident the summit will boost ties between Russia and North Korea, and will help reach a settlement over the Korean peninsula, reports news agency Reuters. 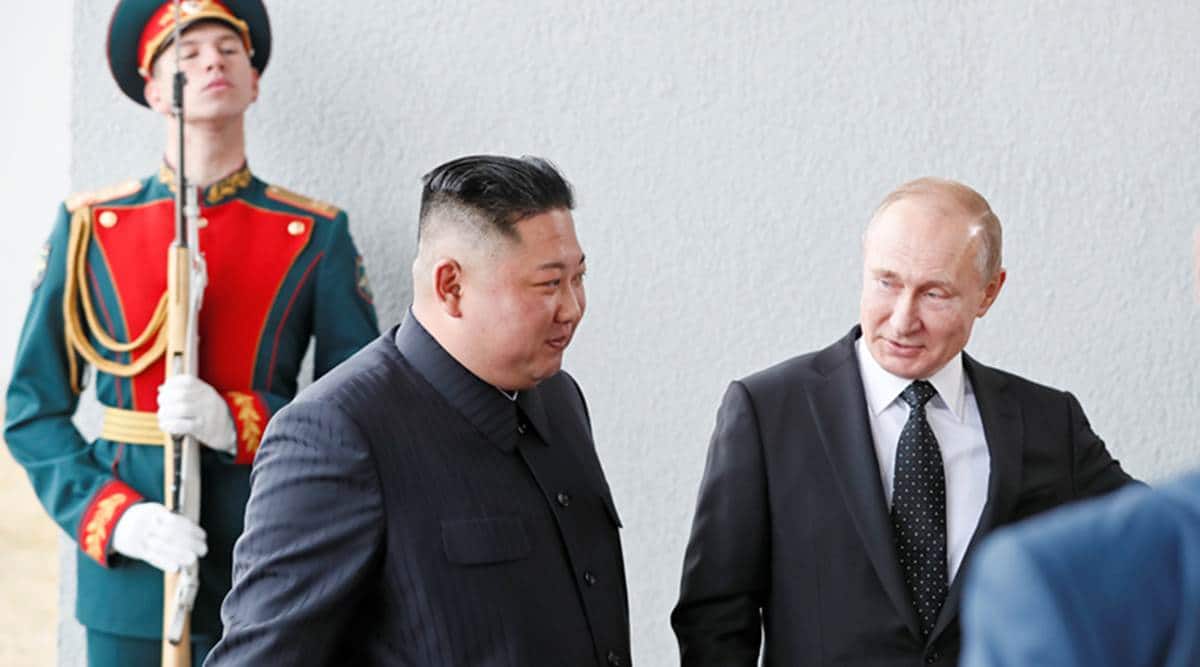 Russian President Vladimir Putin has just arrived in Vladivostok, where the summit with North Korean leader Kim Jong Un will be held. Kim had arrived in the country on Wednesday and was received by top Russian officials. The two leaders are expected to hold one-on-one talks, before broader discussions with officials. Stay tuned as we bring you the latest news on the Russian summit!

North Korean leader Kim Jong Un arrived in Russia on Wednesday, a day before talks with Russian President Vladimir Putin. The two leaders are expected to hold one-on-one talks on Thursday, before they meet with officials for broader discussions. Kim, on his first visit to Russia as North Korean leader, is meeting Putin for the first time.

Ahead of the summit, Kim had expressed "great love for Russia". He was quoted as saying by news agency AP, "I have heard a lot about your country and have long dreamt of visiting it. It's been seven years since I took the helm, and I've only just managed to visit." He added that he hopes the summit will strengthen ties between the two countries.

Explained | With US talks faltering, why North Korea has turned to Russia