🔴 Creating, or mining, Bitcoin and other cryptocurrencies is a power-hungry process in which vast computer networks compete online for newly created crypto tokens. 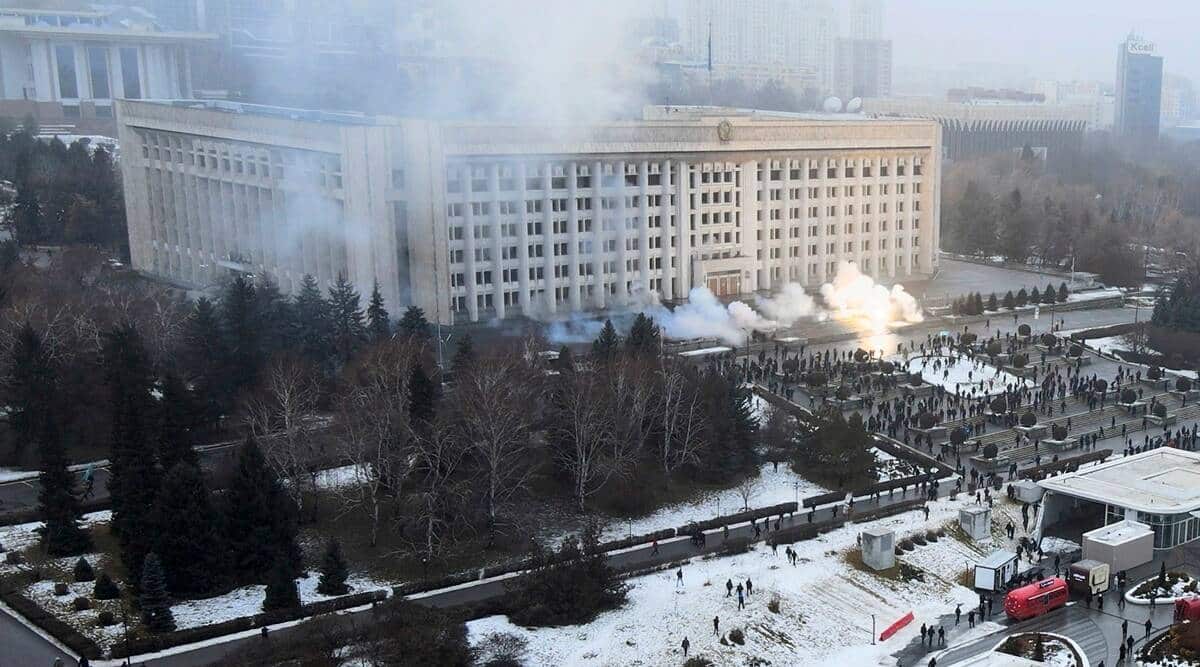 Violent protests against the government in Kazakhstan led to intermittent internet shutdowns for a second day, as troops from a Russia-led military alliance arrived in the country to restore order. The lack of connectivity disrupted huge cryptocurrency mining operations in the country, which has become one of the world’s largest hubs for this activity.

Creating, or mining, Bitcoin and other cryptocurrencies is a power-hungry process in which vast computer networks compete online for newly created crypto tokens. After authorities in China cracked down on crypto mining last year, miners were forced to look elsewhere for cheap power. Coal-rich Kazakhstan became a popular alternative.

The unrest there now, though, raises the risks and costs of operating in the country, and could lead mining groups to move away. The Kazakh government, which at first welcomed crypto miners, was already growing wary of the activity, which taxed the country’s energy grid.

The deadly street battles in Kazakhstan began as protests over surging fuel prices. After the country’s largest telecommunications company shut off internet access throughout the country Wednesday afternoon, processing activity on Bitcoin plunged. The hashrate, a measure of the global computing power devoted to mine the cryptocurrency, fell more than 10% after the outage.

Kazakhstan accounted for around 18% of the global hashrate in August last year, according to the latest data compiled by the Cambridge Centre for Alternative Finance.

Bitcoin and many other cryptocurrencies have fallen steeply in price since Wednesday afternoon, when the Federal Reserve signaled that it might withdraw support for the U.S. economy more quickly than expected, which also hit stock markets. The price of Bitcoin, which began the year at around $49,000, is currently trading around 12% lower, at just above $43,000.