A year after Jan 6, US Congress more deeply divided than ever

Some members are planning to mark the anniversary of the Capitol insurrection with a moment of silence. Others will spend the day educating Americans on the workings of democracy. 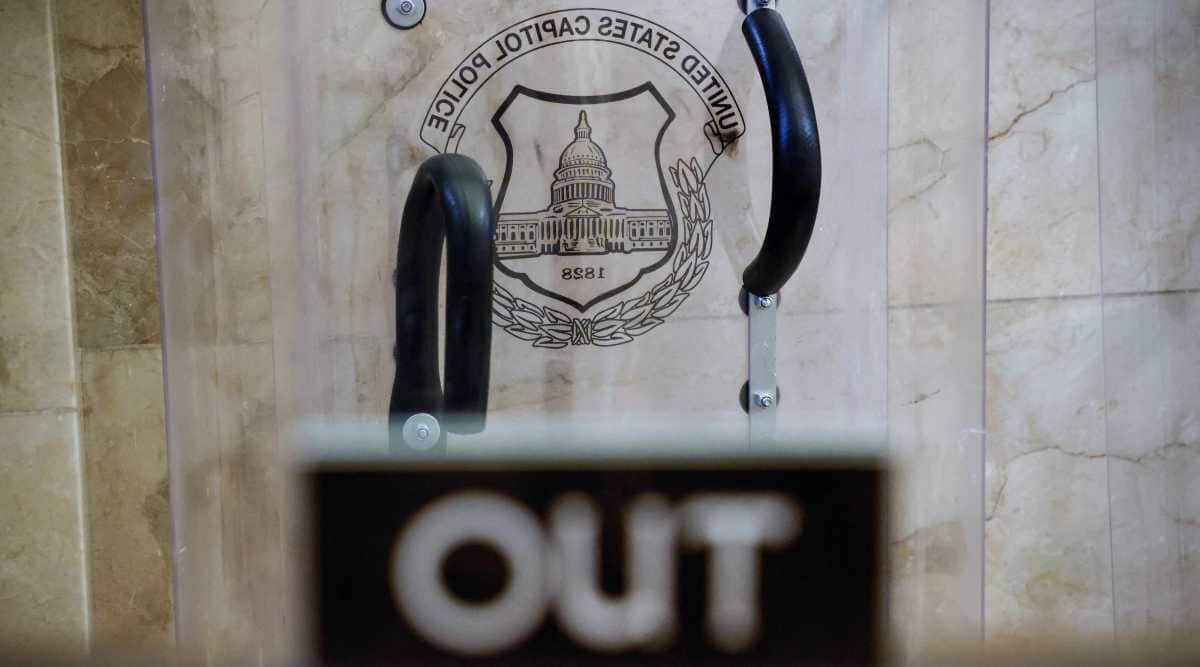 Riot shields are positioned by a doorway at the U.S. Capitol building on the eve of the first anniversary of the January 6, 2021 attack on the U.S. Capitol in Washington, U.S., January 5, 2022. (Photo: REUTERS/File Photo)

A deeply divided Congress is about to show the world a very unsettled view from the US Capitol: Rather than a national crisis that pulls the country together, the deadly riot on Jan. 6, 2021, only seems to have pushed lawmakers further apart.

Some members are planning to mark the anniversary of the Capitol insurrection with a moment of silence.

Others will spend the day educating Americans on the workings of democracy.

And still others don’t think the deadliest domestic attack on Congress in the nation’s history needs to be remembered at all.

Where they stand on remembrance can be largely attributed to their political party, a jarring discord that shows the country’s lawmakers remain strikingly at odds over how to unify a torn nation.

The president who had been fairly and legitimately defeated, Donald Trump, told his followers to “fight like hell” to stop the certification of Joe Biden’s election and said he would march with them to the Capitol, though he did not.

The result was violence and mayhem that left five people dead in the immediate aftermath, hundreds facing charges and millions of dollars in property damage.

But the lack of bipartisan resolve to assign responsibility for the siege or acknowledge the threat it posed has eroded trust among lawmakers, turned ordinary legislative disputes into potential crises and left the door open for more violence after the next disputed election.

The U.S. Capitol is seen through a steam exhaust on the first anniversary of the January 6, 2021 attack on the Capitol by supporters of former President Donald Trump, on Capitol Hill in Washington, U.S., January 6, 2022. (Photo: REUTERS)

It all sets Congress adrift toward a gravely uncertain future: Did Jan. 6 bring the end of one era or the start of a new one?
“One thing that people should consider when thinking about Jan. 6 is … people should think about the fragility of democracy,” said Joanne Freeman, a professor of history and American studies at Yale, whose book “Field of Blood” chronicles violence and bloodshed in Congress in the years before the Civil War.

The aftermath of Jan. 6 hangs heavy over snow-covered Capitol Hill, in the relationships that deepened between lawmakers who feared for their lives that day and those that have frayed beyond repair.

The Capitol, before the riot a symbol of the openness of American democracy, remains closed to most visitors in part because of the coronavirus pandemic public health concerns, but also because of the escalated number of violent threats against lawmakers.

Representatives are required to pass through metal detectors because Democrats say they cannot trust their Republican colleagues not to bring firearms to the House during floor proceedings.

Rep. Jamaal Bowman, D-N.Y., said every time he leaves his office he scans the hallways for potential threats — a feeling he said that, as a Black American, is familiar, but one that he never expected as a member of Congress.

“The lack of freedom of movement — without fear — is not there at the Capitol. And I’m a member of Congress,” Bowman said.

Bowman has asked Biden to declare Jan. 6 a National Day of Healing.

But Sen. John Cornyn of Texas, a member of Republican leadership, has no plans to memorialise the day, and he doesn’t think others should, either.

“This thing has already become way too politicised, and that would just further exacerbate it,” he said.

Trump’s false claims of voter fraud have continued to foment, met mostly with silence from Republicans in Congress unwilling to contradict his version of events.

Some two-thirds of House Republicans and more than a handful of GOP senators voted against certifying the election results that night, after police had battled the rioters for hours, sometimes in hand-to-hand combat.

That the Republicans would carry on with their objections, after all that, stunned Democratic colleagues. Views hardened.

Sen. Josh Hawley, a Missouri Republican who went forward with efforts to block the certification after the riot, brushed off questions about it, saying he’s talked about it enough.

Republican Sen. Ted Cruz of Texas said he had no second thoughts about his vote to block certification.

“I am proud of leading the effort to defend voter integrity,” Cruz said.

He decried the siege as “unacceptable”, a “terrorist attack”.

But he also said the insistence by Democrats and the media of no mass voter fraud “only inflamed the divisions we have”.

An investigation by The Associated Press found fewer than 475 cases of voter fraud among 25.5 million ballots cast in the six battleground states disputed by Trump, a minuscule number in percentage terms.

Unlike past national traumas — including the 2001 terror attacks — the country has emerged from Jan. 6 without an agreed upon road map for what comes next.

Democratic Rep. Mikie Sherrill, a former Navy helicopter pilot whose New Jersey-area district recently marked the 20th anniversary of the Sept. 11 attacks, said people have repeatedly recalled “in these sort of bewildered tones” how united the country was that day — compared to now.

“It feels like a huge break from our history,” Sherrill said.

The result is not just a breakdown in trust among colleagues, but also a loss of common national commitment to the rules and norms of democracy.

Routine disputes over ordinary issues in Congress can quickly devolve into menacing threats — as happened when several Republican lawmakers started receiving violent messages, including a death threat, after voting for an otherwise bipartisan infrastructure bill that Trump opposed.

The two Republicans on the House panel investigating the attack, Reps. Liz Cheney and Adam Kinzinger, face calls to be banished from their party.

Despite dozens of court cases and published reports showing no widespread voter fraud, Trump’s baseless claims have become the party standard and led to what some call a “slow-motion insurrection” as his supporters work the machinery of local elections in ways that are alarming voting rights advocates.

But to pass the bill in the evenly split Senate, they are considering dramatic rules changes to overcome a Republican filibuster.

Many of Trump’s supporters have argued they are the ones fighting to save democracy.

Two-thirds of Americans described the siege as very or extremely violent, according to an AP-NORC poll, but only 4 in 10 Republicans recall the attack that way.

Sen. Lisa Murkowski, R-Alaska, said the false story that the election was rigged or stolen has just continued “to be spun and spun and spun”.

She said,”The danger is when people act on it.”

Yet unlike the hundreds of Americans being prosecuted for their roles in Jan. 6, many members of Congress face no reprimand — and could be rewarded for their actions.

Hawley and Cruz are both considered potential 2024 presidential candidates.

GOP Rep. Kevin McCarthy of California, who rushed to Mar-a-Lago to patch things up with Trump after initially being critical of the insurrection, remains on track to become the next House speaker if Republicans — with Trump’s help — win control in the November election.

And GOP Rep. Marjorie Taylor Greene of Georgia has seen her profile — and fund-raising — skyrocket as she shares Trump’s baseless theories and decries the treatment of defendants jailed for their role in the attack.