The Israeli military said in a statement that planes bombed a Hamas militant facility in the Gaza Strip in response to the launching of incendiary balloons into southern Israel and violent protests staged for a second consecutive week. 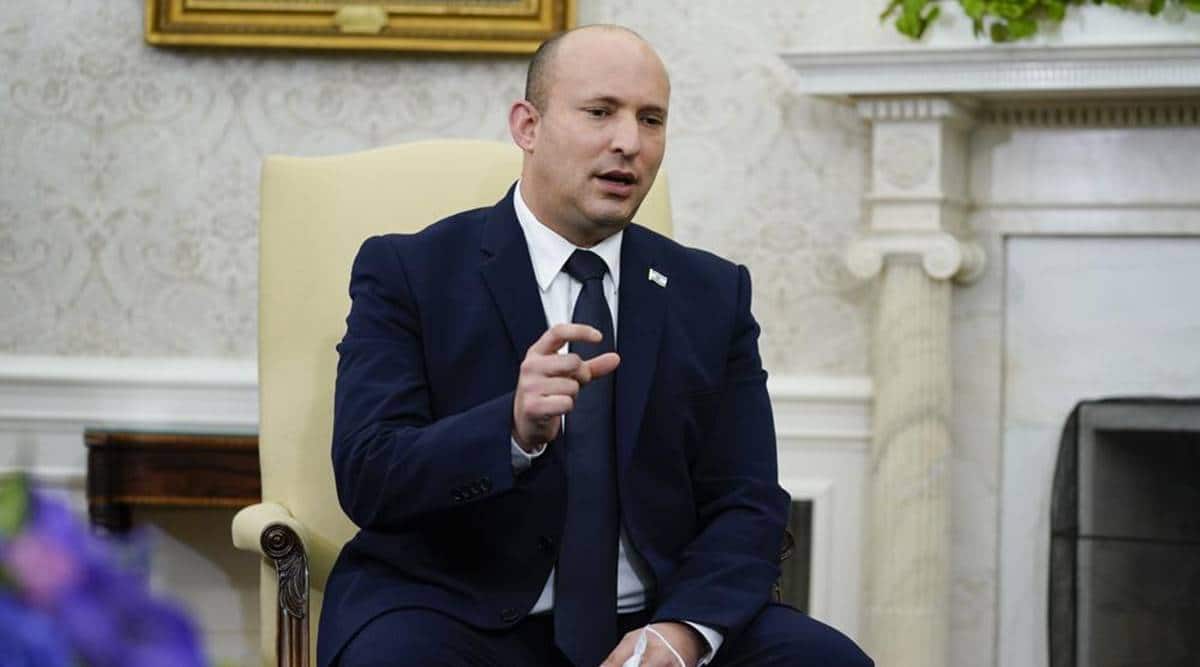 Israeli Prime Minister Naftali Bennett speaks as he meets with President Joe Biden in the Oval Office of the White House, in Washington. (AP Photo/File)

The Israeli military said in a statement that planes bombed a Hamas militant facility in the Gaza Strip in response to the launching of incendiary balloons into southern Israel and violent protests staged for a second consecutive week.

Israeli Prime Minister Naftali Bennett spoke to reporters in Washington before he boarded a flight to Israel, wrapping up a state visit that culminated with a face-to-face meeting with President Joe Biden. It was the first since Bennett took office in June.

“We will operate in Gaza according to our interests,” he said in Hebrew on the tarmac.

Bennett said he “achieved all the objectives for the trip” to Washington, including strategic cooperation in preventing Iran from obtaining nuclear weapons.

On Saturday, hundreds of Hamas-backed activists staged a nighttime protest along the Israeli border, throwing explosives toward Israeli forces who responded with live fire. Gaza health officials said three people were injured by Israeli fire. Additional protests were planned through the week.

Organizers said the protests are meant to increase pressure on Israel to lift its blockade of the Palestinian territory. Israel and Egypt have maintained the blockade since Hamas, a group sworn to Israel’s destruction, seized control of Gaza in a 2007 coup after winning Palestinian elections. Israel and Hamas have fought four wars since, the most recent in May.

The blockade restricts the movement of goods and people in and out of Gaza and has ravaged the territory’s economy. Israel has tightened the closure since an 11-day war in May, demanding the return of the remains of two dead soldiers and freedom for two Israeli civilians believed to be in Hamas captivity.

Egypt is working to shore up a cease-fire to end May’s fighting and appeared to be making progress last week.

At least 260 Palestinians were killed during May’s Hamas-Israel war, including 67 children and 39 women, according to the Gaza health ministry. Hamas has acknowledged the deaths of 80 militants. Twelve civilians, including two children, were killed in Israel, along with one soldier. (AP)