Iran's morality police, the 'Gasht-e Ershad' or Revolutionary Guards group was established in 2005 with the task of arresting people who violate the country's Islamic dress code. 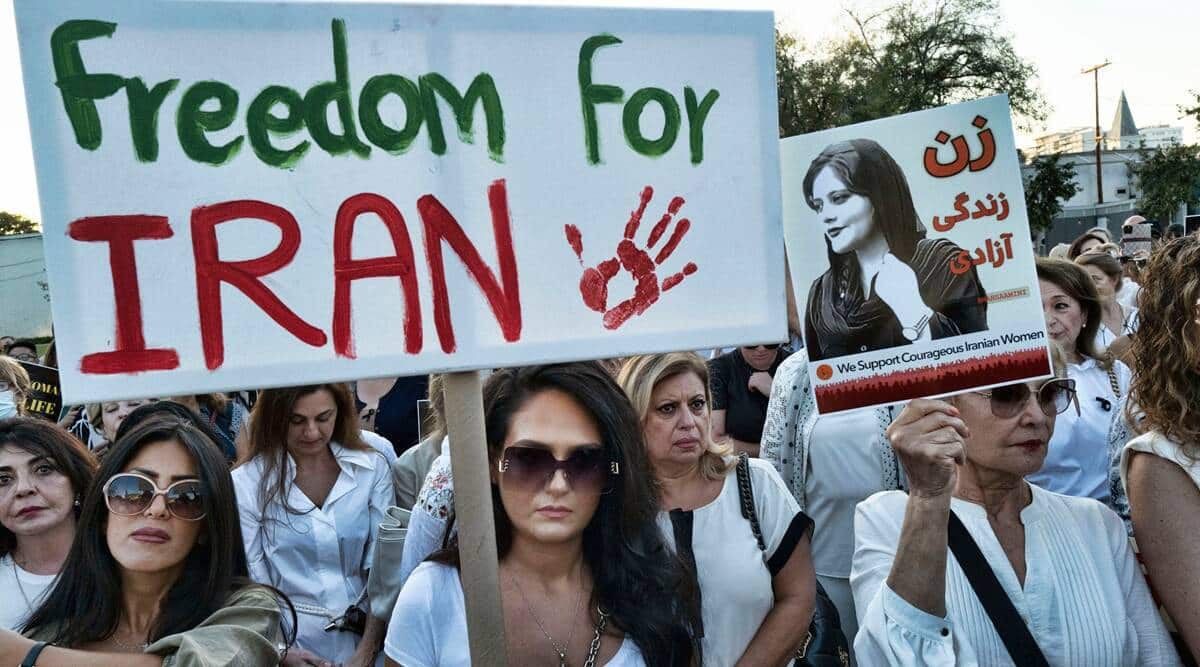 While the Islamic Republic has successfully weathered spontaneous popular protests, it has found it harder to deal with what sociologist Asef Bayat has described as “social non-movements”. (AP Photo)

Iran has scrapped its morality police units after more than two months of protests triggered by the death of Mahsa Amini during her detention for allegedly violating the country’s strict female dress code.

In a report published late Saturday by IRNA, Iran’s prosecutor general, Mohamed Jafar Montazeri, said the morality police had been “closed”. He provided no further details about the state of the force, or if its closure was widespread and permanent. ”The judiciary continues to monitor behavioral actions at the community level,” Montazeri added, according to news agency AP.

The move comes amid widespread condemnation of Iran’s regressive policies and counter-offensive approach to tackling protesters.

Iran’s morality police, the ‘Gasht-e Ershad’ or Revolutionary Guards group was established in 2005 with the task of arresting people who violate the country’s Islamic dress code.

Since September, Iran has been roiled by nationwide protests that are being considered one of the boldest challenges since the 1979 Islamic Revolution. The death of the 22-year-old Kurdish woman sparked violent protests across the country and support poured in from worldwide. Although Iran’s government insists Amini was not mistreated, her family said her body showed bruises and other signs of beating after she was detained.

In protest, women have waved and burned headscarves – mandatory under Iran’s conservative dress codes. Artistes and national athletes too have shown solidarity with the movement. Iran’s morality police took counter-offensive steps to curb the protests, leading to the death of hundreds of people, according to unofficial estimates. On November 29, an Iranian general acknowledged that more than 300 people have been killed in the unrest surrounding the nationwide protests, giving the first official word on casualties in two months.

Iran’s brutal treatment of its protesters has invited criticism from world leaders and international organisations.

On Friday, the United States designated China, Iran, and Russia, among others, as countries of particular concern under the Religious Freedom Act over severe violations, US Secretary of State Antony Blinken said.

United Nations experts have also called on majority Shi’ite Muslim Iran to stop persecution and harassment of religious minorities and end the use of religion to curtail the exercise of fundamental rights.

However, Iran had accused Western countries of orchestrating the unrest and accused protesters in ethnic minority regions of working on behalf of separatist groups.