When supporters of the losing home team invaded the pitch in East Java province on Saturday night to express their frustration, officers fired tear gas in an attempt to control the situation, triggering a stampede and cases of suffocation, East Java police chief Nico Afinta told reporters. 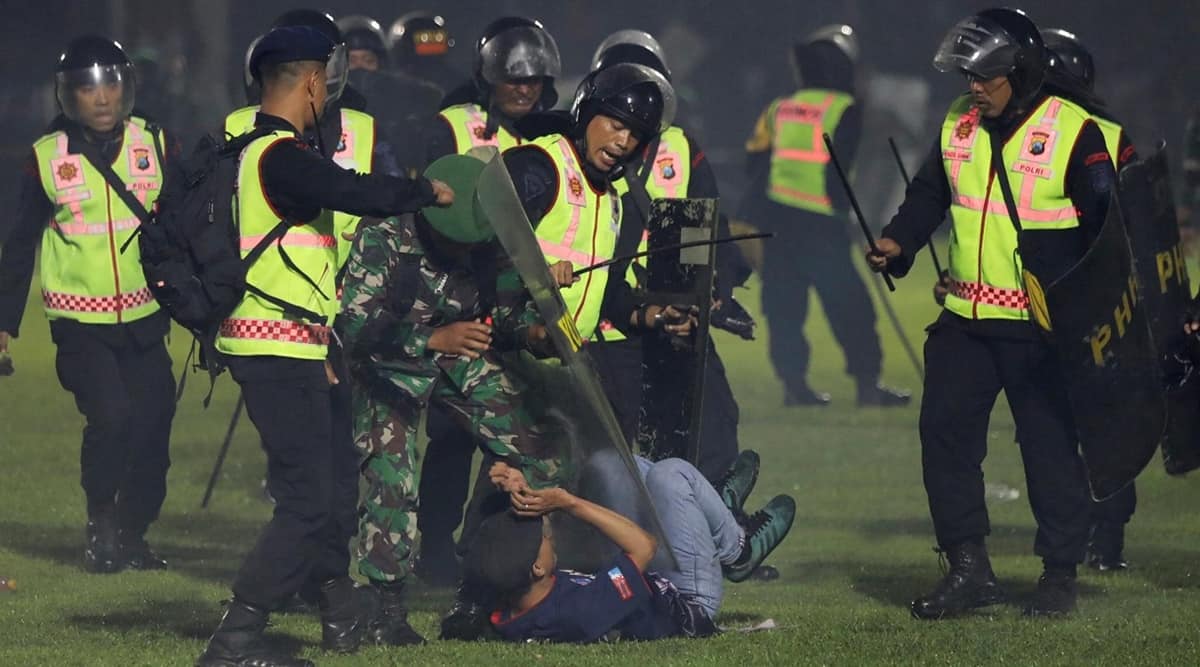 At least 129 people were killed and around 180 injured at a soccer match in Indonesia after a crowd stampede during a riot, police said on Sunday, in what appears to be one of the world’s worst stadium disasters.

When supporters of the losing home team invaded the pitch in East Java province on Saturday night to express their frustration, officers fired tear gas in an attempt to control the situation, triggering a stampede and cases of suffocation, East Java police chief Nico Afinta told reporters.

“It had gotten anarchic. They started attacking officers, they damaged cars,” Nico said, adding that the crush occurred when fans fled for an exit gate.

Video footage from local news channels showed fans streaming onto the pitch in the stadium in Malang after Arema FC lost to Persebaya Surabaya. Scuffles can be seen, with what appeared to be tear gas in the air.

Images showed people who appeared to have lost consciousness being carried away by other fans.

World soccer’s governing body FIFA specifies in its safety regulations that no firearms or “crowd control gas” should be carried or used by stewards or police.

East Java police did not immediately respond to a request for comment on whether they were aware of such regulations.

Indonesia’s human rights commission planned to investigate security at the ground, including the use of tear gas, its commissioner told Reuters.

#WATCH | At least 127 people died after violence at a football match in Indonesia, last night. The deaths occurred when angry fans invaded a football pitch after a match in East Java

The country’s chief security minister, Mahfud MD, said in an Instagram post that the stadium had been filled beyond its capacity. He said 42,000 tickets had been issued for a stadium that is only supposed to hold 38,000 people.

There have been outbreaks of trouble at matches in Indonesia, with strong rivalries between clubs sometimes leading to violence among supporters.

127 people died, more than 180 injured, after a riot broke out at a football match between Arema & Persebaya at Kanjuruhan Stadium in Malang.#BreakingNews #UltimaHora #Kanjuruhan #Malang #Masacre pic.twitter.com/TVJjgTB4pW

The Indonesian top league BRI Liga 1 has suspended games for a week and an investigation had been launched, the Football Association of Indonesia said.

NEW – Over 100 people were killed tonight in riots that broke out at a football match in Indonesia.pic.twitter.com/hGZEwQyHmL

Among global stadium disasters, 96 Liverpool supporters were crushed to death in Britain in April 1989, when an overcrowded and fenced-in enclosure collapsed at the Hillsborough Stadium in Sheffield.

Indonesia is scheduled to host the FIFA under-20 World Cup in May and June next year. They are also one of three countries bidding to stage next year’s Asian Cup, the continent’s equivalent of the Euros, after China pulled out as hosts.

Cable faults not doing Aerocity residents a power of good