The IMF's executive board debated the matter for five hours on Friday before adjourning and asking for more "clarifying details". 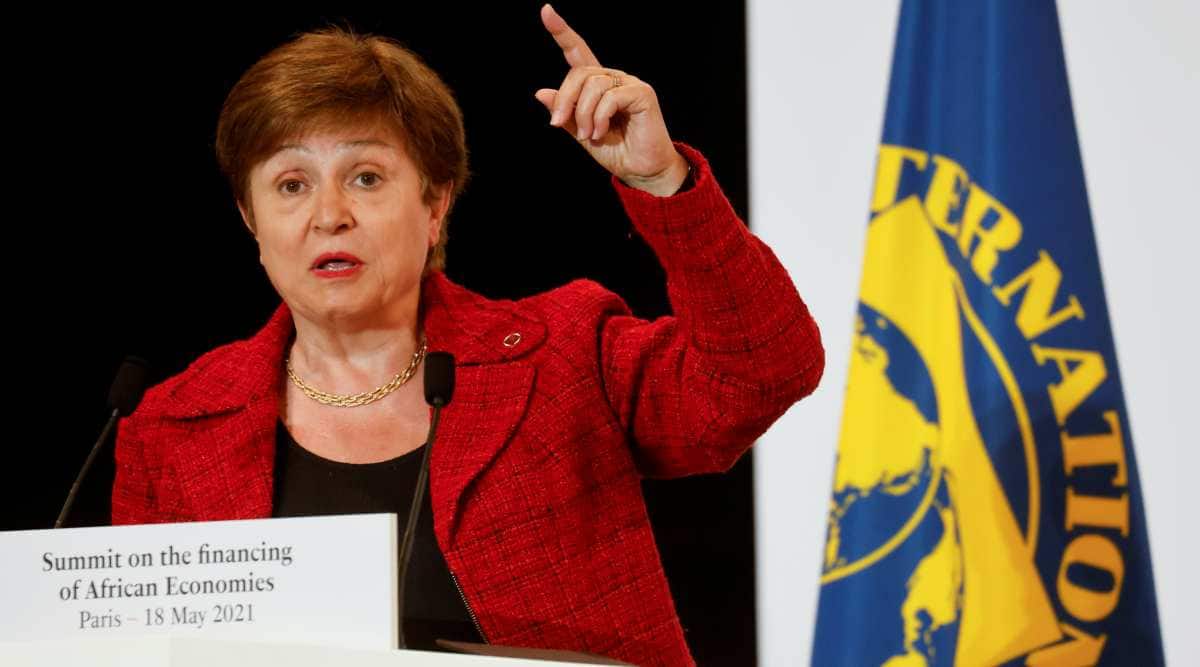 International Monetary Fund (IMF) Managing Director Kristalina Georgieva speaks during a joint news conference at the end of the Summit on the Financing of African Economies in Paris, France May 18, 2021. (Ludovic Marin/Pool via Reuters/File Photo)

The International Monetary Fund’s executive board will meet again on Sunday with Managing Director Kristalina Georgieva and the law firm that says she pressured World Bank staff to change data to benefit China while
serving as the bank’s CEO, according to sources familiar with the plan.

A decision on Georgieva’s future at the global lender is not expected until Monday, at the earliest, as finance ministers and other senior officials from many of the IMF’s 190 member countries gather in Washington for the annual IMF and World Bank fall meetings, said one of the sources.

The IMF’s executive board debated the matter for five hours on Friday before adjourning and asking for more “clarifying details”.

The scandal threatens to overshadow the high-profile meetings, where officials plan to discuss the global economy,
the ongoing Covid-19 pandemic and global taxation issues in discussions that will be held partly in person and online.

In normal years, the event draws some 10,000 people to Washington.

Georgieva has strongly denied the allegations, which date back to 2017, when she was the chief executive of the World Bank. Her lawyer claims that the investigation conducted by law firm WilmerHale violated World Bank staff rules in part by denying her an opportunity to respond to the accusations, an assertion WilmerHale disputes.

Georgieva and the WilmerHale attorneys will appear separately at Sunday’s board meeting, said the sources, who
spoke on condition of anonymity. No comment was immediately available from Georgieva or the firm.

France and some other European governments on Friday backed the Bulgarian economist to remain IMF chief, while other officials sought more time to compare her accounts as well as those of the law firm about data irregularities in the World Bank’s now-cancelled flagship “Doing Business” report.

Former British Prime Minister Gordon Brown tweeted his support on Friday, calling Georgieva “an outstanding international public servant … who has served with distinction as a Commissioner and Vice President of the @EU_Commission, then Managing Director of the @WorldBank and now head of @IMFNews.”

The US Treasury, which controls 16.5% of the IMF’s shares, declined to comment after Friday’s meeting.

Treasury spokesperson Alexandra LaManna this week said the department has “pushed for a thorough and fair accounting of all the facts” in the review, underscoring its concern for upholding “the integrity of international financial institutions.

“WilmerHale’s investigation report prepared for the World Bank board alleged that when Georgieva was World Bank CEO in 2017, she applied “undue pressure” on bank staff to make data changes to the “Doing Business” report to boost China’s business-climate ranking as the bank sought Beijing’s support for a major capital increase.