How the Huawei case raised fears of ‘hostage diplomacy’ by China

Was it a face-saving win for both sides, which got their citizens back, and the end to an irritant in relations that came up as recently as last month in a call between President Joe Biden and President Xi Jinping? 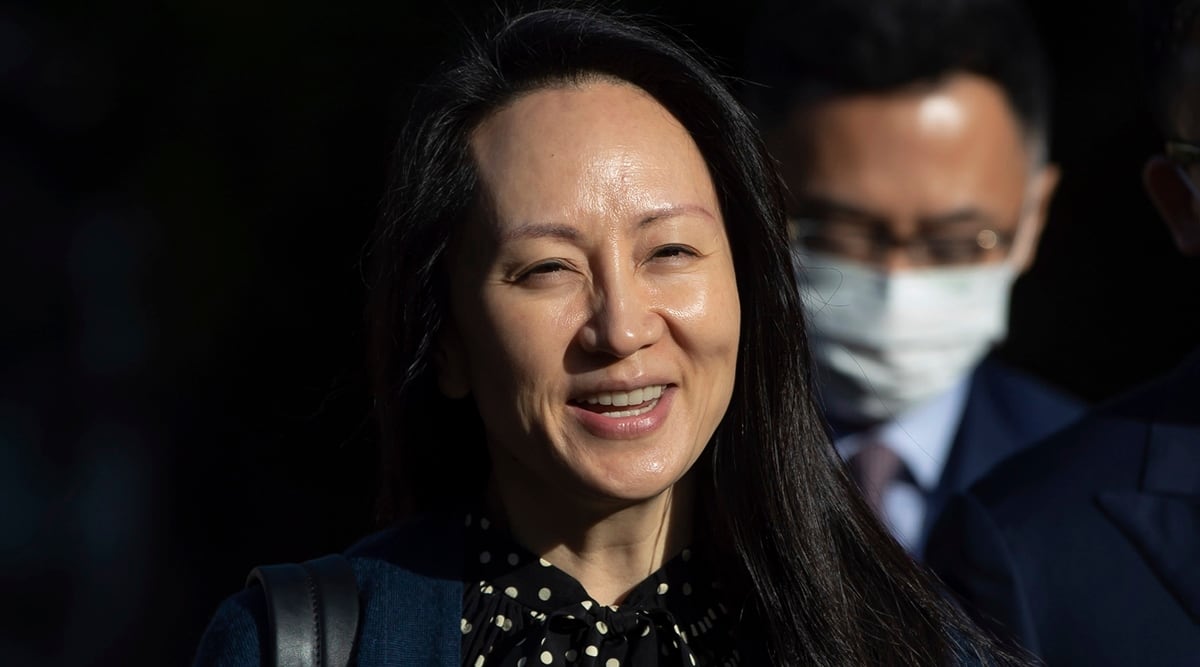 The talks between the Justice Department and a top executive from Huawei, the Chinese telecommunications giant, had stretched over more than 12 months and two presidential administrations, and boiled down to one overarching dispute: whether Meng Wanzhou, daughter of Huawei’s founder, would admit to any wrongdoing.

Since her arrest in 2018, Meng had refused to admit that she had misled the global banking conglomerate HSBC about Huawei’s dealings with Iran a decade ago, even though that was the key to her release from detention in Canada, where she was out on bail at her two luxurious homes in Vancouver. In mid-September, with a Canadian judge about to rule on whether she would be extradited to the United States, federal prosecutors told Meng’s lawyers that they were ready to walk away from settlement negotiations, and bring Meng, tech royalty in China, to trial in Brooklyn.

Then came a breakthrough: On Sept. 19, after a new lawyer entered the case on her behalf, she agreed to a “statement of facts” that the Justice Department believed would be valuable in their ongoing case against Huawei itself — a company that had been in the cross hairs of the Justice Department and US national security agencies for years.

Five days later, Meng was on a plane back to China, to a hero’s welcome. Two Canadians, essentially taken hostage on trumped-up charges, were on their way back to Canada, along with two young Americans who had been denied exit from China for three years because of a case involving their father, sought by Chinese authorities.

The seemingly well-orchestrated exchange — the details of which were confirmed by government officials, diplomats and others with knowledge of the legal case — raised a host of questions. Was this a first signal of grudging rapprochement between Washington and Beijing after a downward spiral in their relationship that has no precedent in modern history? Was it a face-saving win for both sides, which got their citizens back, and the end to an irritant in relations that came up as recently as last month in a call between President Joe Biden and President Xi Jinping?

Or was this a success for China’s “hostage diplomacy,” to use a phrase that appears in an accusatory letter sent Tuesday by Rep. Jim Banks, R-Ind., to Attorney General Merrick Garland?

“By letting her go without so much as a slap on the wrist,’’ Banks wrote about Meng, “the United States is broadcasting to any would-be criminals that we are not very serious about enforcing our sanctions laws. This is a dream come true for Iran, Hamas, Russia, North Korea and every other entity who have been slapped with our sanctions.”

White House officials, from the press secretary, Jen Psaki, to the policymakers who are designing a strategy to deal with the complexities of simultaneously competing with, containing and cooperating with China, deny that there was any kind of a deal — or a change in China policy. “There is no link,’’ Psaki said.

The Chinese told another story, filling its press and social media with stories portraying Meng as a victim. In their telling, the charges against her were retaliation for China’s efforts to wire the world with Chinese-led 5G networks.

The near-simultaneous release of the two Canadians and two Americans, some senior officials in Washington believe, was designed to make this look like a political decision by the Biden administration, despite its protestations — not the independent judgment of prosecutors that the White House insists was at play.

One senior administration official said that it was in China’s interest to make this appear akin to a Cold War spy swap, because that would play into the narrative that Meng was guilty of nothing other than promoting Huawei’s business around the world.

(In the end, she agreed to a deferred prosecution agreement, which will ultimately result in the dropping of all charges, a subtlety that was missing from the Chinese accounts, along with any mention of her “statement of facts.”)

“We can’t determine how the Chinese or others manage their business over there,” Psaki said Monday. “It’s a little bit different.”

Advertisement
A giant screen on top of a Huawei store shows images of Meng Wanzhou, while broadcasting a CCTV state media news bulletin, outside a shopping mall in Beijing, China on Sept. 26, 2021. (Reuters)

But Meng’s arrival in China also undercut Huawei’s long insistence that it is entirely independent of the Chinese government and would never allow its networks to be controlled by government officials. When she landed, the event was covered live on state television and buildings were lit in celebration. The People’s Daily called it a “glorious victory for the Chinese people” that would pave the way for other victories. She spoke of her loyalty to the Communist Party, and to a company operating under China’s laws and guidance.

In Washington, Huawei has long been the center of American fears of technological dependency on Chinese firms. Classified and unclassified studies have explored the degree to which it could use its control of global networks to redirect or shut down internet traffic. Documents released by Edward J. Snowden more than eight years ago revealed a secret National Security Agency operation against Huawei, code-named “Shotgiant,” to break into Huawei’s networks and understand the company’s ownership.

The Trump administration attempted to stop the spread of Huawei networks by threatening to cut off European nations from US intelligence. The Biden administration has tried a softer approach, including an effort to promote technologies that would give American companies and those of allies a competitive alternative. None of that changes with Meng’s release, officials insist — and they doubt that China is willing now to engage with the United States on a range of other concerns, from cyber activity to trade disputes.

“I don’t think anything has changed meaningfully, which is to say China has to play by the rules,’’ Gina Raimondo, the commerce secretary, said on NPR on Tuesday.

With so much riding on the geopolitical contest, the prospects for a deal for Meng’s release seemed dim even a month ago, despite Meng’s three years of detention in Canada.

Meng’s arrest also complicated hopes that China would let two American siblings, Victor Liu, a student at Georgetown University, and Cynthia Liu, a consultant at McKinsey & Co., leave the country. President Donald Trump discussed the Liu siblings with President Xi Jinping of China at a summit in Argentina in late 2018, said Evan Medeiros, a professor at Georgetown University who was involved in efforts to release the siblings.

But Meng was taken into custody the day the summit ended, and a former senior Trump administration official who was at the event said that killed any hope that the two young Americans would be released. China made little secret of the fact that their fates were intertwined with the case against Meng, and thus the case against Huawei.

Like several of the people who described details of the case, the former official asked for anonymity to discuss sensitive topics.

Talks were reenergised in May, when Meng hired Washington power lawyer William W. Taylor, who had just won a not-guilty verdict in another high-profile case involving a well-known Washington attorney. Meanwhile, Canada began to pressure Washington to do something about the two Canadians being held in China. Prime Minister Justin Trudeau publicly called for their release, and the case was a frequent topic of conversation with US diplomats.

But officials across the administration have been adamant that the Justice Department was shielded from those pressures.

Xi raised Meng’s fate too, most recently during a phone call with Biden on Sept. 9. Biden remained silent, administration officials say. But they would not say whether, at the time of the call, he knew about Justice Department discussions with her about a possible deferred-prosecution agreement.

A week later, the Justice Department told Meng’s team that it was going to walk away from the deal unless she admitted wrongdoing. While Justice attorneys knew they might lose the extradition case, they feared that without her testimony about what happened in the effort to sell telecommunications gear to Iran, the department’s case against Huawei could fail. And they did not want to leave a precedent that Beijing could strong-arm its way out of legal accountability.

On Sept. 19, Taylor let prosecutors know that she would compromise, offering the “statement of facts” with no admission of wrongdoing — and no fine. While the statement essentially admitted to nearly all of the allegations that the department had levied against her, the formal plea would be “not guilty.”

Now the Justice Department can use her statement as evidence in its Huawei case. Clearly, it is pursuing that case aggressively: Just days after the deal was announced, prosecutors said in a court filing that they had obtained Huawei’s financial records.