How free is the press in the birthplace of democracy?

According to an article, the centralized Greek intelligence service was closely monitoring the activities of people doing work related to refugees, and even tapping their phones. Malichudis was stunned. 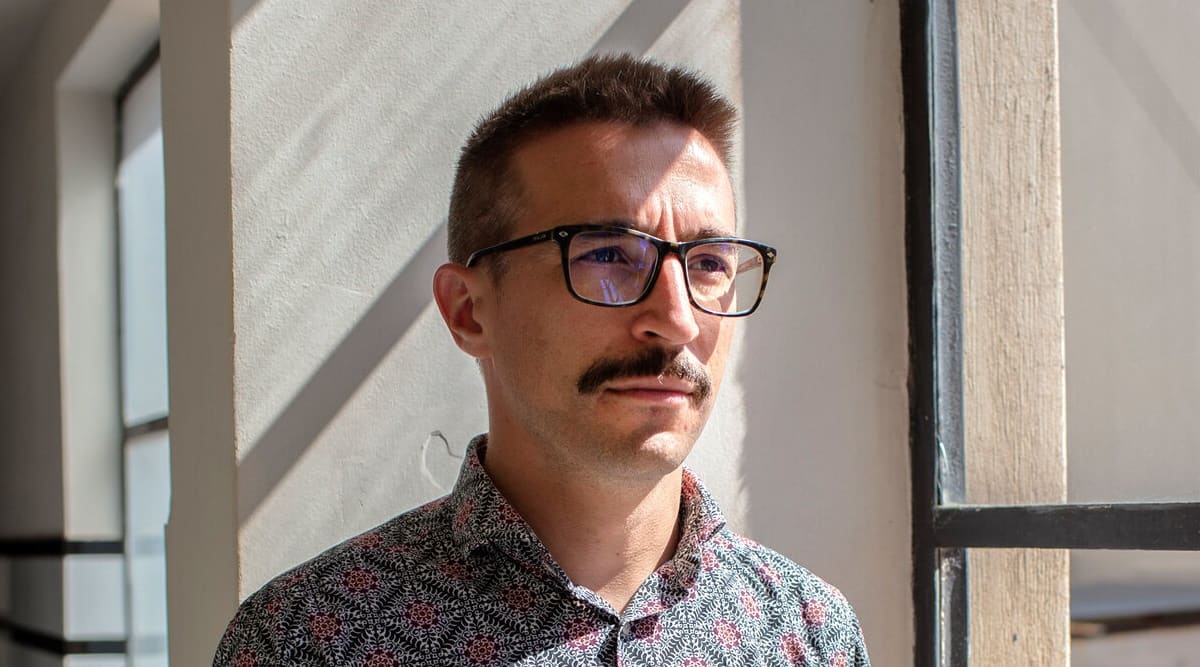 Thodoris Chondrogiannos, a journalist with Reporters United, in Athens on Sept. 26, 2022. (The New York Times)

On a Saturday morning last November, Stavros Malichudis, a Greek journalist, made a cup of coffee and began scrolling Facebook, where he came across an expose by the left-leaning news outlet EFSYN: According to the article, the centralized Greek intelligence service was closely monitoring the activities of people doing work related to refugees, and even tapping their phones. Malichudis was stunned.

As he read on, he noticed that some of the details in the story appeared familiar. A journalist of interest to the intelligence service, the article revealed, had been reporting an article on a young refugee from Syria imprisoned on the Aegean island of Kos. Malichudis was in the process of reporting just such a story.

Malichudis contacted the journalists, who confirmed that he was the unnamed journalist. According to their reporting, the Greek National Intelligence Service was monitoring his activities for the news outlet Solomon and had wiretapped his phone. Having secured a two-month surveillance warrant from a prosecutor, authorities were free to listen to any of his calls.

“I got really scared,” Malichudis told us. For months, he was in a precarious emotional place. “When I talked with my mother, with my friends, with my sources, I felt really exposed.” He largely stopped using his phone.

In the year since Malichudis first read about his own work in another news outlet, the scandal has snowballed. A financial journalist learned he had also been wiretapped. The government of Prime Minister Kyriakos Mitsotakis admitted that the state intelligence service was monitoring an opposition leader. Two government officials, including the prime minister’s nephew, have resigned.

It’s been called the Greek Watergate.

But allegations of spying are ominous for Greek journalists in a different way: It took a long time for legacy media outlets and the general public to pay much attention.

We have both reported extensively on the forced migration crisis in Greece, Lauren from the United States and Lydia from Greece, where she was raised. But migration is becoming an increasingly precarious beat. Today, any journalist who covers refugee arrivals to the Aegean Islands or the Evros land border with Turkey risks arrest. Journalists avoid refugee landings, fearing that we, like several humanitarian workers currently on trial, could even be unjustly accused of human trafficking and espionage.

We’ve also watched with growing alarm as Greek officials have outright denied well-sourced reporting and have slammed fellow journalists in news conferences and online. “I won’t accept anyone pointing the finger to this government and accusing it of inhumane behavior,” Mitsotakis told a Dutch reporter last year — even, it appears, if the accusations are backed up by facts. Since the wiretapping scandal broke, reporters in Greece have become highly vigilant. We’ve had our phones checked for spyware, deleted conversations with sources from our phones for their protection, and now chat exclusively on Signal or in person for fear of being surveilled.

In response to questions about freedom of the press in Greece, a government spokesperson and deputy minister to the prime minister, Ioannis Oikonomou, rejected the idea that journalists were operating in an increasingly repressive climate.

“Democratic values like the rule of law, freedom of speech and transparency are at the very heart of what the government of Greece stands for,” Oikonomou said. “To suggest otherwise is simply wrong.” The spokesperson did not address questions about government surveillance of journalists.

Despite that statement, by external measures the state of the media in Greece is clearly on a downward slope. The surveillance against journalists has caused Greece to drop from 70th to 108th place in the latest Reporters Without Borders press freedom report — the lowest ranking in all of Europe.

What happened to the media in Greece? How was even the suggestion of government spying on reporters and opposition leaders met initially with a shrug? For a long time, both ordinary Greeks and those with influence didn’t seem bothered by the government’s spying on journalists, or in much of a hurry to do anything about it.

In the immediate aftermath of the revelations, the reported surveillance of Malichudis received almost no mention in Greek mainstream media. It was not until months later, when several independent news sites revealed details about the surveillance of another journalist, Thanasis Koukakis, and shortly thereafter the leader of an opposition political party, Nikos Androulakis, that the story turned into a scandal worthy of widespread coverage.

Koukakis, a financial reporter who had written a series of articles on scrutinizing the Greek banking sector, said he heard from government sources that he was being monitored by the Greek intelligence service. Soon he discovered something else: His phone had been infected with Predator, a malicious spyware program far more invasive than a wiretap.

As Koukakis learned, it could be used to listen to his calls and read his texts, and even had the capability to monitor his in-person conversations by remotely turning on the microphone or camera on his phone.

No decisive link has been made between the wiretapping and spyware infections, but two journalists with Reporters United, — a small, investigative outfit in Athens, Greece — uncovered close connections between a businessman who had dealings with Intellexa, and Grigoris Dimitriadis, then general secretary of the prime minister’s office, as well as the prime minister’s nephew. Dimitriadis resigned from his position in August after the news reports. He sued the news organizations and journalists behind them, a move that was widely condemned by international press freedom watchdogs.

“The stories are still up — not withdrawn,” said Thodoris Chondrogiannos, a journalist with Reporters United and one of the people Dimitriadis sued. “We’ll go on with our investigation. We will not be intimidated or afraid.”

But pursuing such stories is becoming increasingly difficult in Greece’s current media climate. Despite the newsworthiness of the wiretapping and spyware scandals, it continues to be covered mainly by the newer, smaller Greek news outlets and the international press.

“For seven months, we were alone,” Eliza Triantafillou, an investigative journalist, told a European Parliament committee investigating the use of spyware during a hearing in September. She has broken several stories about Predator and spyware in Greece for Inside Story. “For all the big media — newspapers, radio, TV — the story did not exist,” she said.

Triantafillou said that she believed the key challenge in contemporary Greek media was a lack of financial independence, which “year by year is deteriorating.”

While many Greeks seem to believe journalism is essential for democracy, few seem willing to pay for it. Between 2011 and 2021, sales of daily newspapers declined by 74%, according to annual data published by the Hellenic Statistical Authority.

In response, several small, independent news organizations — such as Reporters United, Inside Story and Solomon — have been established in recent years, funded by grants, subscriptions and partnerships.

Members of the European Parliament of the European Union recently traveled to Athens and convened a roundtable discussion to, among other things, get to the bottom of the surveillance allegations. What’s happening in Greece has regional, if not global, implications. As Stephanos Loukopoulos of Vouliwatch, a nonprofit government watchdog, explained, the state of traditional media in Greece also threatens the state of democracy in the country.

“What has happened with Greek mainstream media is,” he said, “the corporate and government capture of the press.”

Last year, the government passed a law making it easier to arrest journalists. Ostensibly targeting “fake news,” this new measure threatens prison time to “anyone who publicly or via the internet spreads or disseminates in any way false news that is capable of causing concern or fear to the public” in language so sweeping that journalists could face punishment for even appearing to criticize the government.

Still, reporters in Greece are at work. “When I meet someone at the bar and, over a beer, and I say I’m a journalist, I feel that I need to explain: ‘But I’m OK,’” Malichudis told us. “You know? ‘I’m OK.’”