Germany’s Greens and FDP enter second round of preliminary talks

The kingmakers in a potential coalition government are trying to find common ground and say negotiations will concentrate on policy issues. Both will enter separate bilateral talks with the SPD and CDU next week. 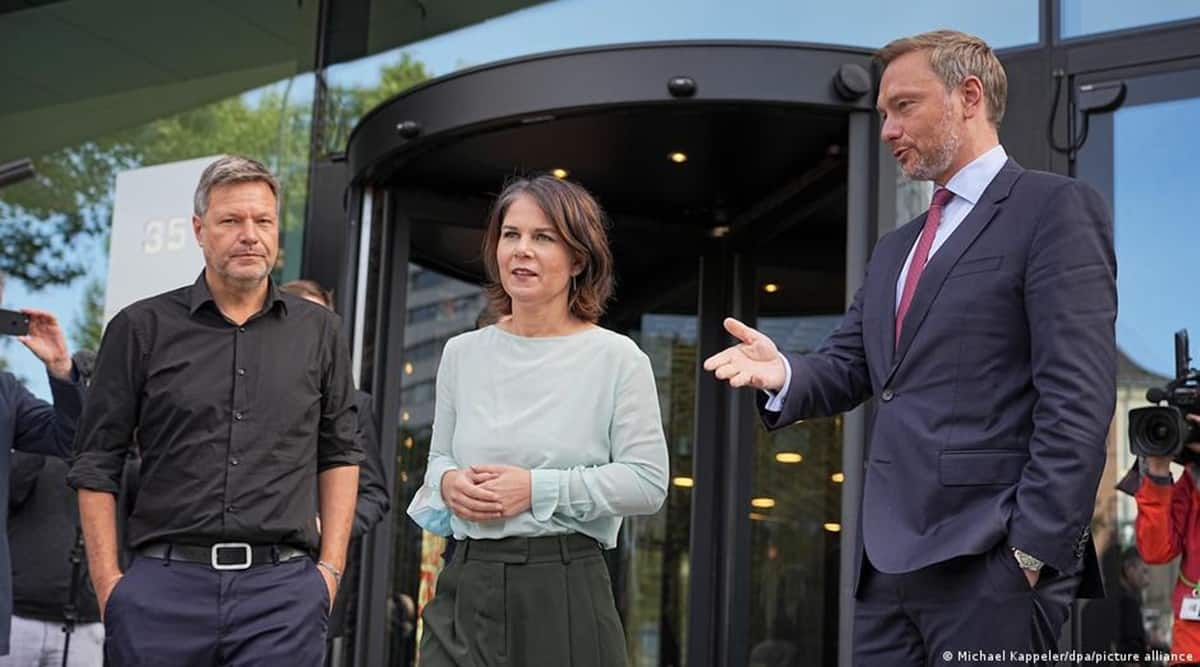 The third- and fourth-place parties from last Sunday’s federal elections are potentially set to determine Germany’s political future, though party leadership on both sides admit there are fundamental differences on a number of policy issues.

Nevertheless, Habeck told journalists that both were “aware of the significance of the talks,” adding, “we know we have to achieve something.”

Baerbock said: “This is a historic moment in our society, in our country.” FDP leader Lindner’s assessment was similar: “The people voted against the status quo, something new has to be created in Germany. We all feel that we have been tasked with organizing a new start.”

Lindner said talks were going well but added that neither side would be giving live updates. “The process has begun in a good atmosphere,” he said, “still, it is far from over.”

The two parties differ on economic policy in particular, with the neoliberal FDP broadly in favor of lower taxes and less government spending. However, their socially liberal agendas overlap more.

Habeck of the Greens acknowledged those differences saying both parties stood for change but not necessarily the same kind of change.

After 2017’s election, a bid to set up a three-way coalition between the Christian Democrats, the Greens and the FDP failed when the FDP walked out of the talks, complaining that they were the third wheel. These preliminary discussions without the two largest parties are part of a bid to avoid a repetition of that failure.

Negotiations between the FDP and the Greens, which have been expanded to include 10 members from each side, are scheduled to go on into next week.

On Sunday, both will begin bilateral talks with the first- and second-place winners of last week’s vote. The FDP will meet with the election-winning Social Democrats (SPD), followed by a meeting with the runner-up Christian Union parties (CDU/CSU), whereas the Greens will meet with Social Democratic leadership and chancellor candidate Olaf Scholz on Sunday evening.